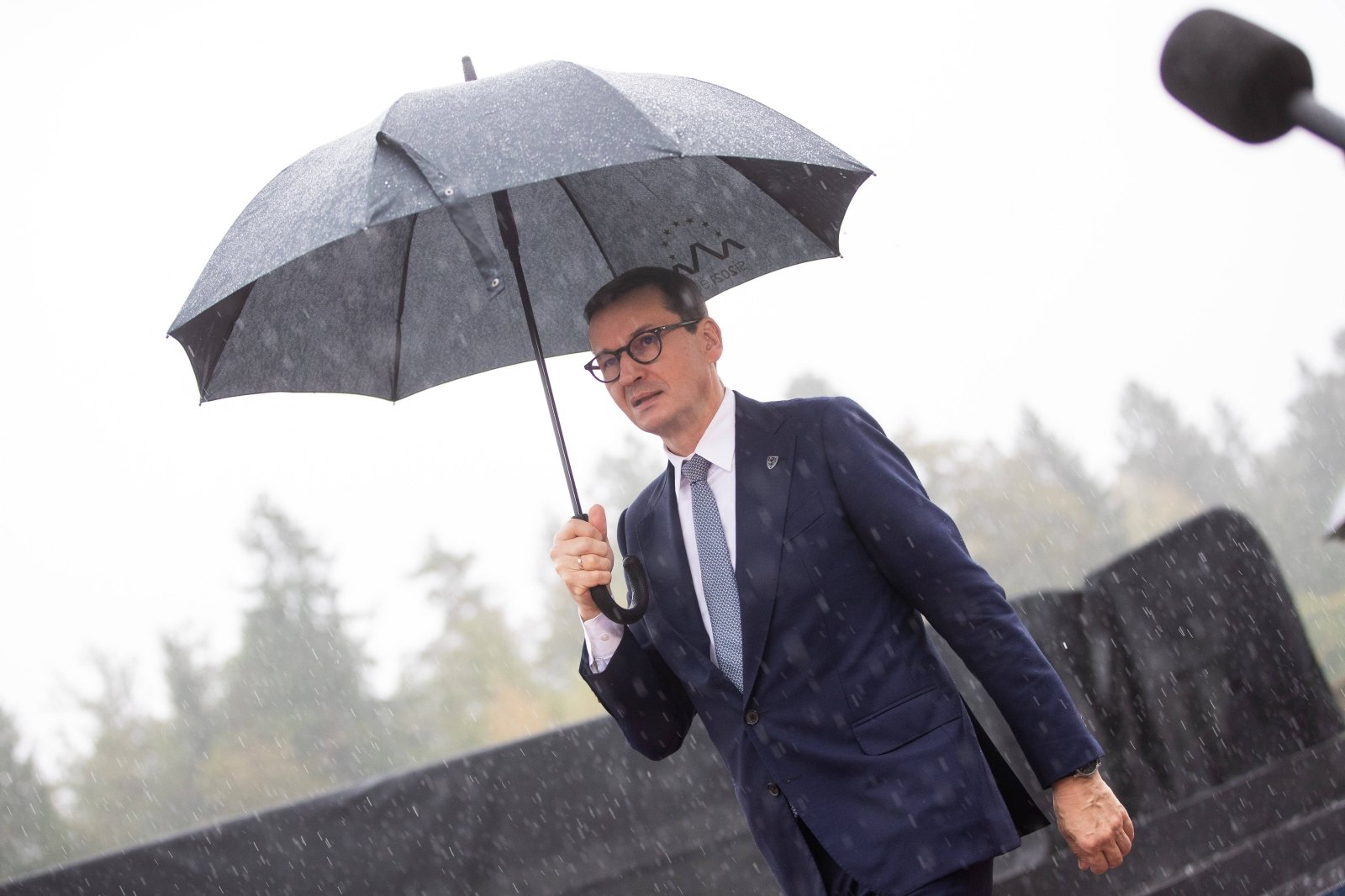 Mr Morawieckis wrote that it was a “dangerous phenomenon that threatens the future of our union”. However, he added that Poland He will remain a “loyal member” and called on EU leaders to be “open to dialogue” on EU reform.

“I truly believe that together in the spirit of mutual respect and understanding, without imposing our will on others, we can find a solution that will strengthen our European Union,” he said.

The message came ahead of this week’s EU summit and after a decision by Poland’s Constitutional Court this month challenging the supremacy of EU law.

The Constitutional Court’s decision was met with criticism from other EU members, such as France and Germany, but not from Hungary. Analysts say this could be the first step towards Poland’s withdrawal from the European Union.

Poland’s Constitutional Court has declared some articles of the EU treaty “inconsistent” with the country’s constitution and warned the European Court of Justice against interfering with the reform of Poland’s judiciary.

These reforms are being pushed by Poland’s ruling right-wing Law and Justice party. Warsaw and Brussels have been arguing for many years.

The European Union says it infringes the independence of the judiciary and may undermine democratic reforms, and the Polish government says it is necessary to stamp out corruption in the judiciary.

Mr Morawieckis is scheduled to address the European Parliament on Tuesday.

In his letter, he stated that the supremacy of EU law “is not unlimited” and “no sovereign state” can oppose this.

“Today we are facing a very dangerous phenomenon in which the various institutions of the European Union usurp powers that do not belong to them under the treaties and impose their will on the member states,” the statement said.

“This is particularly evident today with the use of financial instruments for this purpose,” he said of the new powers given to the European Commission to suspend EU payments if the Community’s rules on corruption or the rule of law are threatened.

Morawieckis warned that “centrally run institutions without democratic oversight” in Brussels could turn the EU into an “organization that runs counter to our shared values”.

“We cannot and will not allow our common values ​​to be jeopardized,” von der Leyen told members of the European Parliament in Strasbourg, France.