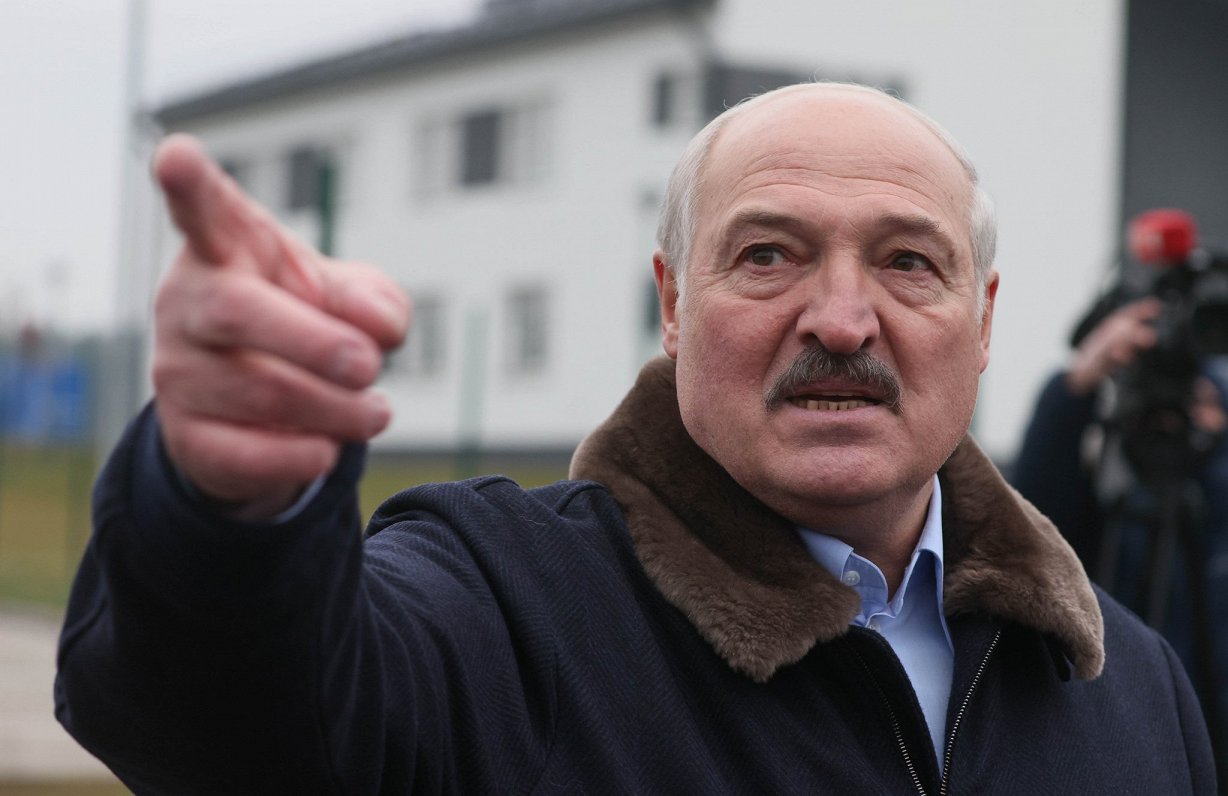 The regime of Alexander Lukashenko in Belarus called for the suppression of Belarus. However, commentators believe that the real goal is to bring the Belarusian regime to the negotiating table.

The Belavia fleet has been halved

One day after it was approved by the European Union Fifth package of sanctions against BelarusThe United States also imposed sanctions on 20 individuals and 12 organizations. Canada and the United Kingdom have taken a similar step. Sanctions were imposed on individuals and companies involved in regulating illegal immigration to the European Union.

Among the new sanctions is Lukashenko’s son, Dmitry, who runs the President’s Sports Club. Sanctions were also imposed on the Belarusian potassium company, Grodno Azot, the Belshina tire plant and other major sources of currency for the Lukashenko regime.

Experts estimate that these sanctions could prevent Belarus from receiving up to $800 million.

Belavia, the Belarusian airline, was denied the opportunity to lease aircraft from European Union companies. As a result of the embargo, the number of aircraft owned by Belavia was almost halved (from 29 to 15).

However, Belavia claims that this will not affect the airline’s operations. With 15 planes in the winter, the company plans to buy some planes by the summer season, as well as lease them from friendly countries like Russia and China.

Lukashenko vows not to succumb to pressure

The Belarusian Foreign Ministry and Lukashenko himself responded to the sanctions, at least from the European side, by saying that the response would be harsh, disproportionate, but sufficient. According to the self-proclaimed leader of Belarus, this is another attempt to stifle the Belarusian economy, rid itself of unfavorable competitors to Europe and worsen the lives of Belarusians.

“Last year, they failed to suffocate Belarus immediately and began to suffocate slowly. Obviously this should be viewed in the context of the fight against Russia and those friends that are currently around Russia and Belarus.

Our position is very decisive: we must not only endure, but also develop and move forward properly, showing them that we would do without them. “We have everything we need,” Lukashenko says.

The economic performance of Belarus is not really good and prices are rising very quickly. However, according to political scientist Dmitry Balkonets, Belarus has more than once managed to circumvent European sanctions, and exports to the EU have almost doubled in the past year. According to him, if the oil sector is affected, the consequences will be more serious, but strong signals are still sent to the Lukashenko regime.

There may be an uprising for the hungry

“The goal of these sanctions is not to destroy the Belarusian economy, but to move to a point when the regime is ready to release political prisoners and agree to new elections. This is the main task,” says Balkoshik.

“These sanctions also include the airline Belavia, which may not be able to fly to Turkey very soon, as the Turks are unlikely to be willing to argue with European partners.”

But when people are laid off from factories and factories, there can be a social explosion, if you can say it, a “hunger uprising.”

Political commentator Valērijs Karbaļēvis believes that the sanctions imposed by the West may serve as a reason for intensifying repression within Belarus, as well as intensifying aggressive rhetoric against the West.

According to him, Lukashenko is trying to raise interest rates. The West has accepted this challenge, and much will now depend on how closely compliance with the imposed sanctions is monitored.

Protests against the regime of Belarusian authoritarian leader Alexander Lukashenko in Belarus have remained steady since the August 2020 presidential election. Ex-President Lukashenko announcedBut the opposition accuses the regime of rigging the election results on a large scale and demands his resignation. The opposition considers that Svyatlan Zhyhanska is the real winner of the elections.

Hundreds of thousands of people took to the streets in Belarus at the height of the protests. Many opposition supporters were imprisoned or fled abroad. European Union this year Tougher penalties against Lukashenko’s regime.

Error in the article?

Highlight the text and press Ctrl + EnterTo send the excerpt to the editor!

Highlight the text and press Report an error Buttons to send the text to be edited!