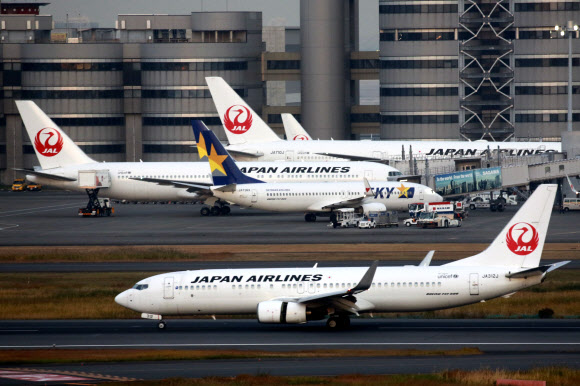 After the 30th diplomat in Namibia, a man in his twenties was injured
The Ministry of Land, Infrastructure and Transport, the two major airlines of Japan by the end of December
Request to stop selling tickets to Japan… “Not even a citizen of my country”

^ Japan Airlines planes sit on the runway at Tokyo’s Haneda International Airport on Monday, November 29, 2021. NHK announced on December 1 that Japan will suspend new bookings for all flights for a month to contain a new strain of the virus. Yonhap News Agency

In Japan, a second case of Omicron, a new mutation of coronavirus 19 (new coronavirus infection) that disrupts immunity from current vaccines, has appeared in Japan. Japan has banned new bookings for all international flights to Japan from abroad, including its citizens. This means that the gate is closed to prevent omicron spreading.

The second injured man, a man in his twenties, arrived from Peru

Chief Cabinet Secretary Hirokazu Matsuno, a spokesperson for the Japanese government, announced in a first afternoon press conference that the second confirmed case of Omicron had been confirmed.

He added that the second patient who entered through Narita airport was a man in his twenties who had resided in Peru and is currently isolated in a medical institution.

Kyodo News reported that the man was a foreigner who arrived from Peru on the 27th of last month, two days earlier than was initially known.

In Japan, it was announced the day before that the first case of the Omicron virus was a Namibian diplomat in his 30s who arrived at Narita Airport on the 28th of last month.

The diplomat, who arrived at Narita Airport in Japan via Incheon International Airport, tested positive for COVID-19 during the airport’s quarantine phase, and Japan’s National Institute of Infectious Diseases conducted a genome analysis to confirm the infection with Omicron.

The diplomat, who had boarded a flight from the Ethiopian capital Addis Ababa, disembarked the plane at Incheon International Airport and stayed at the airport facilities. 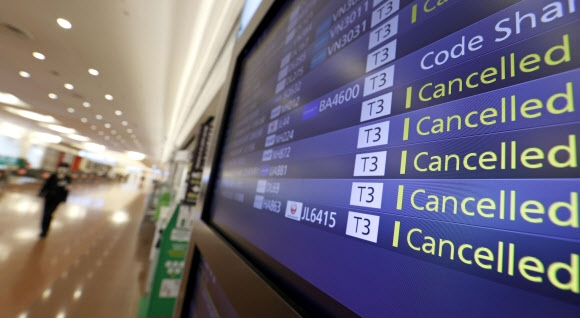 The flight cancellation was displayed on the notice board at Haneda Airport, Tokyo, Japan on November 30. Radio NHK first announced that Japan will suspend new reservations for all incoming flights for a month to contain the new strain of Omicron virus. Associated Press, Yonhap News 12-01-2021

Significantly tighten entry regulations for quarantine reasons
“Even if I have a residence permit, I cannot enter Japan.”

The Japanese government is strengthening entry regulations under the pretext of quarantine in order to respond to the increasing number of foreigners infected with Omicron.

The Japanese government announced on the second day that entering a Namibian man with Omicron would in principle prevent foreign nationals from entering 10 countries in South Africa, including Namibia.

Re-entry refers to the re-entry of a foreigner who has the qualifications (a visa) to remain in Japan.

“From a preventive point of view, we have decided not only to deny entry to new foreigners (from the country) but also to re-enter foreigners who have residency status at the moment unless there are special circumstances,” Minister Matsuno explained.

He said he plans to continue asking the international community for understanding, saying it is an “emergency evacuation precaution” regarding the WHO’s concern about standardized entry bans from countries from which people with Omicron have come.

See also  A sharp debate and an exchange of accusations between a Saudi prince and the son of Saad al-Jabri, following tweets about Muhammad bin Salman and Biden 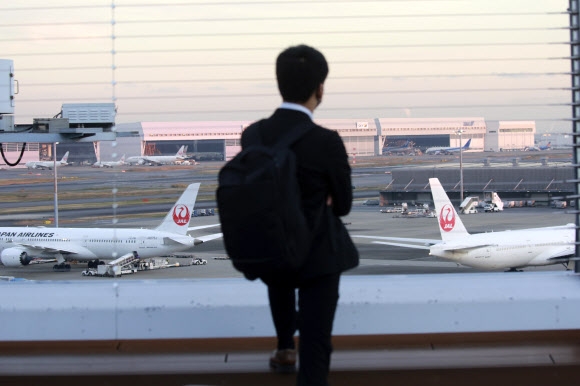 A man looks at a waiting Japan Airlines plane at Tokyo’s Haneda International Airport on the 29th of last month. NHK announcers said on the first that Japan will suspend new reservations for all incoming flights for a month to contain the new strain of the virus. Yonhap News Agency 01-12-2021

Earlier, the Japanese government banned entry of new foreigners from nine South African countries, including South Africa, as of the 28th of last month on the grounds of blocking the influx of Omicron.

Moreover, the Japanese Ministry of Land, Infrastructure and Transport, as of the 29th of last month, requested that new reservations not be accepted for all international flights bound for Japan until the end of December.

As a result, Japan’s two major airlines, All Nippon Airways (ANA) and Japan Airlines, have suspended booking sales for these tickets as of today.

With this measure, even Japanese abroad will not be able to spend the end of the year and New Year holidays in their homeland if they do not secure airline tickets the day before.

NHK reported that the Department of Land, Infrastructure and Transport stated that it was imperative as a precaution to respond to emergencies in response to the fact that citizens residing abroad who had not yet booked airline tickets would not be able to return home within the year. Even if they wanted to.

Amid concerns that the Omicron boom may evade even immunity from existing vaccines, about 70 countries have expanded booster vaccines and strengthened entry regulations.

See also  First in the world: Elephants travel thousands of kilometers by plane! the reason is...

Until a vaccine is developed that is immune to the omicron mutation, the world must face a harsh winter in combating it. 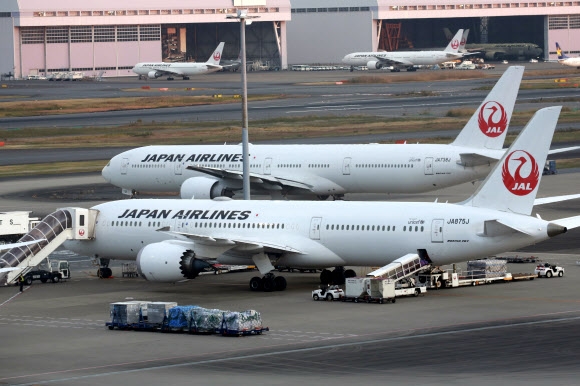 Japan Airlines planes sit on the runway at Tokyo’s Haneda Airport on the 29th of last month. According to NHK radio on the first, the Ministry of Land, Infrastructure and Transport has asked airlines to suspend new reservations for all incoming flights to Japan until the end of December. AP Yonhap News 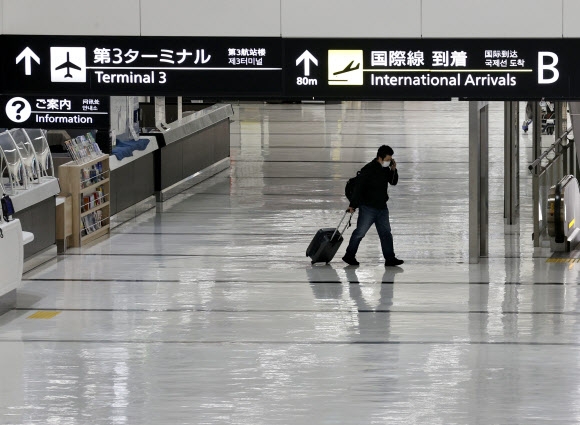 ▲ An international arrival lobby at Narita International Airport in Narita, east of Tokyo, Japan, on November 29, 2021, deserted. Japan’s NHK reported on December 1 that Japan’s Ministry of Transportation has asked international airlines to suspend new reservations for all incoming flights to Japan until the end of December. Japan’s Kyodo News Agency Yonhap News 12-01-2021