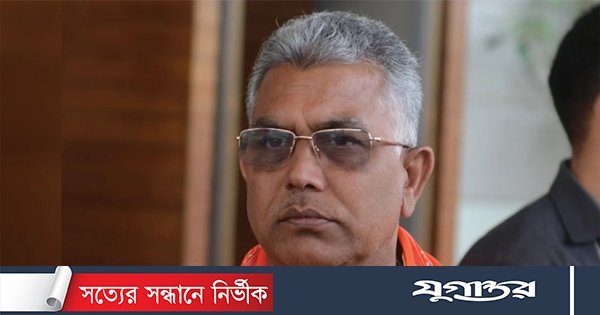 The possibility of a cabinet reshuffle has emerged in the Federal Cabinet of India. From this, new speculation began in West Bengal BJP. In the center is Dilip Ghosh. He may be removed from the post of BJP Chairman and appointed as Minister.

The question as to whether Dilip Ghosh will remain in the post of president after the election shock in the state has been circulating in the BJP for some time. However, Dilip still did not want to address these issues. Anandabazar News.

According to a section of the party, the possibility of a state reshuffle cannot be ruled out in view of the way Shovindu Adhikari is gaining ‘importance’ for the BJP central leadership after the loss of Chief Minister Mamata Banerjee in Nandigram.

In this case, there is a difference of opinion on whether Dilip Sarle Shuvendu will take the post of head of state or not. Much of the party believes that winning votes and sitting at the head of the party’s organizational structure are two different things to the Sang family. The people like Dilip who are sitting at the top of the organization are basically from the Sangha family. In addition, the tendency to maintain the principle of “one person, one position” in the team has increased.

But no one can say for sure that Dilip will not be removed from the post of head of state. This raises the question about the possibility of appointing Dilip as a minister in the center.

Even after the BJP won 16 seats in the Lok Sabha in the state in 2019, Dilip’s name was widely discussed as a possible union minister. However, the Central Command also placed former Minister of State Babul Supriya in the second round.

He also added Debshri Chaudhry, Minister of State for the Union. The state does not have any full minister. Asked about the ministry, Dilip succinctly replied, “No one has told me before that I am going to become a union minister, not yet.”

On the other hand, discussions are still going on as to why three BJP MPs from the state, Sumitra Khan, Arjun Singh and Nishith Pramanik, are setting up bases in Delhi. They also tried to meet with the Central Command.

According to a BJP source, only two MPs who were nominated for the state assembly have won. Nishith in Kochbihar, Jagannath Sarkar in Nadia. However, they resigned their position as legal aid and remained in the position of Member of Parliament.

No other BJP candidate including Babul has won the assembly. In this case, those who could not win the council, their “strong” place is less afraid. Babylon is no exception. Even in this case, Dilip’s name comes into play. Because he did not run as a Member of Parliament, Head of State, or Assembly vote.

If Dilip is appointed as a minister at the centre, who are the claimants to the position of head of state? According to party sources, the number of candidates is not low either. There appear to be several general secretaries and co-chairs of the current committee. But it will all depend on the way the situation goes.