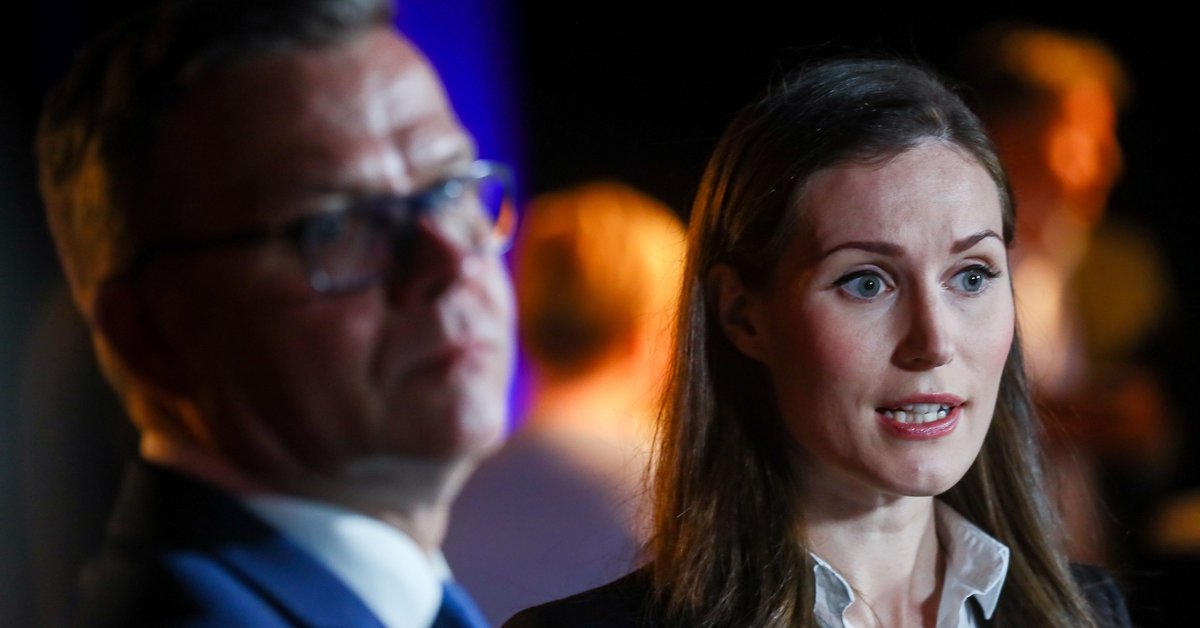 Helsinki, June 13 (EFE). The conservative Kokoomus party, the second opposition force, won Sunday’s municipal elections in Finland, in which the far-right group True Finns lost its momentum and was forced to take fourth place.
With 91% of the votes counted, former Finance Minister Petteri Urbo’s governors managed to maintain their dominance in local politics and took 20.8% of the vote, two-tenths more than the 2017 municipal elections.
Prime Minister Sanna Marin’s Social Democratic Party retained second place with 17.8% of the vote despite losing 1.6 points compared to the previous local elections.
The Center Party, its main coalition partner in the center-left government, took third place with 15.9% of the vote and lost 1.7 points.
The first opposition party, the populist nationalist and Eurosceptic Verdaderos Finlandeses, was the most growing force and received 14.6% of the vote, 5.8% more, although far from the second place they had, the latest opinion polls.
On the other hand, the Green Party, a progressive and environmental force especially present in major cities, was the party with the most downside (2.4 points) and had to settle for 10.1% of the vote.
For its part, the Left Alliance was the sixth force with 7.9% of the vote, followed by the Swedish People’s Party (SFP) and then the Christian Democrats with 4.9% and 3.7%, respectively.
Despite it being a local election, analysts agree that the results can be interpreted in a national key to analyzing popular support for a center-left coalition in the middle of the legislature.
“The Finns have shown that they want to change the policy we have at the national level, and Kokomos is a clear alternative,” Conservative Party leader Petteri Orpo said on national television YLE.
Some political scientists believe that the relative success of the large opposition parties is due in part to the dissatisfaction of some voters with the government’s handling of the COVID-19 pandemic, especially in recent months.
Despite being a country in the European Union (EU) with the fewest number of infections and deaths compared to its population, the executive branch is very slowly withdrawing the restrictions in place, adding to the frustration in the hospitality, tourism and culture sector.
In the case of the far right, another factor that explains their rise, although also not linked to municipal politics, is the recent approval by the Finnish government of the European Recovery Fund, according to analysts.
Some citizens consider this fund, to which Finland will contribute 6,600 million euros and will receive barely 2,900 million euros from it, as a new transfer of public funds to southern European countries that will force the state to borrow more.
The real Finns tried by all means to prevent approval of the fund in the Helsinki parliament and, using their populist rhetoric, went so far as to say that it would set a 35-hour working day in Spain.
At the same time, his skeptical stance on climate change has drawn the voices of deniers and many rural citizens, who rely on the car to get around and reject tax increases passed by the executive.
However, the far-right’s lead has been much lower than recent polls predicted, giving it second place after the Conservatives, due in large part to its high abstention rate (44.9%), which has had a good effect on managing your voters.
The leader of the extremist formation, Jose Halla-aho, asserted that his party had achieved the best results in history in a municipal group and entered the city councils of several localities for the first time.
It’s a bittersweet progress, if we take into account that the real Finns are currently the second political force in the Helsinki parliament and lost just over 6,000 votes from the defeat of the Social Democrats in the 2019 general election.

READ  Danger of community lockdowns - are Covid-19 scenarios in your place mounting or falling?