Deaths from floods in Germany and Belgium rise to 160 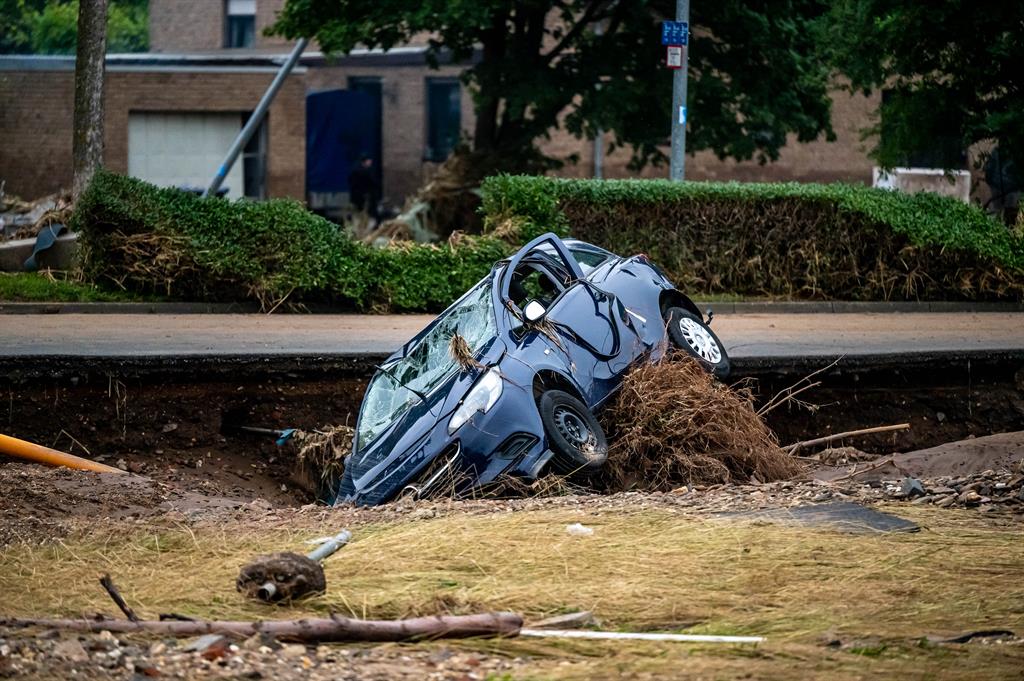 There are already at least 160 confirmed flood deaths this week in Germany, which accounts for the majority of deaths, at 133, according to the latest estimates on Saturday, and Belgium, whose last tally today brings the dead to 27.

The latest balance in Germany comes after 43 more deaths were confirmed during the past hours in the North Rhine-Westphalia stadium, in the west of the country, while police feared the discovery of new deaths throughout Saturday in the Arueler region, the epicenter of the disaster in the state of Rhineland-Palatinate.

German police confirmed that 618 others were injured, most of them in the Ahr Valley, where roads remain closed and bridges destroyed.

The President of Germany, Frank-Walter Steinmeier, who will later join the country’s Prime Minister, Armin Laschet, is expected to appear in North Rhine-Westphalia this afternoon for a visit to Irwistadt, one of the worst-hit cities. .

The Secretary of State for the Interior, Herbert Rolle, considered that several people had died at that place, but made it clear that the situation was not yet clear. German Chancellor Angela Merkel is also scheduled to travel to the hardest-hit areas of the Rhineland-Palatinate.

Meanwhile, thousands of rescue workers are tirelessly searching for survivors in the Eifel region, where floods swept away entire towns Thursday night, with dozens still missing.

In other events in the past hours, the evacuation of the residents of Ofufen, near the border with the Netherlands, stands out, pending the authorities’ assessment of the total damage to the dam on the Ruhr River, which flows from Germany through the Netherlands and Belgium.

Wassenberg Mayor Marcel Maurer speculated that closing the flood gates on the Dutch side could cause the water level to rise, in comments to the WDR station. However, there were no problems overnight and water levels remained stable, according to Wassenberg officials.

About 700 people have been affected by the measure, which began on Friday night, while authorities have warned residents of two other nearby areas that they could be evacuated.

The situation in Belgium

The storm also affected Belgium, with at least 27 people killed, Belgian broadcaster RTBF reported on Saturday. In the Wallonia region, in the south of the country, about 41,000 families were without electricity, and the authorities announced the disbursement of emergency funds to help the affected population.

And the authorities warned that “the situation in the electricity distribution network is still very complex.” Furthermore, mobility is very limited, with train and bus services suspended.

On the ground, the situation is still very difficult. Wallonia’s waterway levels showed some downside on Saturday morning, although flood warning thresholds remain in place in some places, according to the latest Public Service report released around 0900.

Only the cities of Mehaigne, Meuse, Ourthe and Basse Lesse remain on flood alert. As for relief operations, they are continuing.

On the same Friday, the Belgian Prime Minister, Alexandre de Croo, declared July 20 a national day of mourning for the flood victims. Accordingly, he regretted that he expected the numbers to “exacerbate”, and noted that the situation “remains critical” in many regions of the country.

READ  "I am Taiwanese," the Czech spokesman says to Parliament, is likely to anger China