Dancing in the street .. Watch an Iraqi celebrate the loss of Iran’s militias 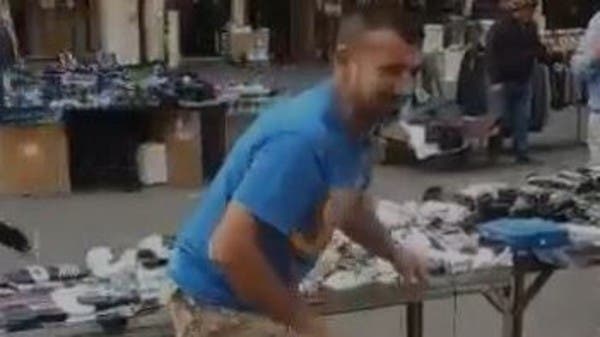 The loss suffered by the pro-Iranian factions and the political blocs representing the Popular Mobilization Forces in Early parliamentary elections, which was held on the tenth of last October, the joy of many Iraqis.

In a funny video that spread on social media, a simple seller expressed his happiness at the militias losing the elections in his own way.

“It’s time for you to come to the door.

The seller appeared as he danced in a street in the city of Samawah in the south of the country, to the tune of a song criticizing the “wilayah” factions, as they are known locally, i.e. loyal and backed by Tehran.

As for the lyrics of the song, it says: “You and your parties are from Abu al-Jabik.. We have kept you at the door.. You have betrayed your soil,” referring to the faction’s betrayal of the trust and the country.

It is noteworthy that for weeks, these factions have been launching accusations and criticisms against the accusation that took place on the tenth of October, after the Al-Fateh coalition, represented by dozens of parliamentary seats, lost and resoundingly retreated, while the leader of the Sadrist movement, Muqtada al-Sadr, topped the list of winners, with more than 70 seats.

About two thousand supporters of the crowd demonstrated on Friday (12 November) at one of the entrances the green Zone The fortified center of the capital, Baghdad, in protest against the “rigging”, they say, has distorted the results of the elections, according to their claim, and demanded that the results be annulled.

They also set up their tents in front of the Green Zone gate, in preparation for completing their sit-in, which they started more than a week ago, while others have also camped for more than four weeks in front of a second gate of this fortified security zone.

From a polling station in Baghdad (AFP archive)

This came as the High Commission finished last Monday the re-counting of votes following the appeals submitted to it, and found that they match the preliminary results.