China targeted India under the pretext of Sri Lanka, and gave advice – Chinese Foreign Minister Wang Yi said that the third country should avoid interfering between China and Sri Lanka. 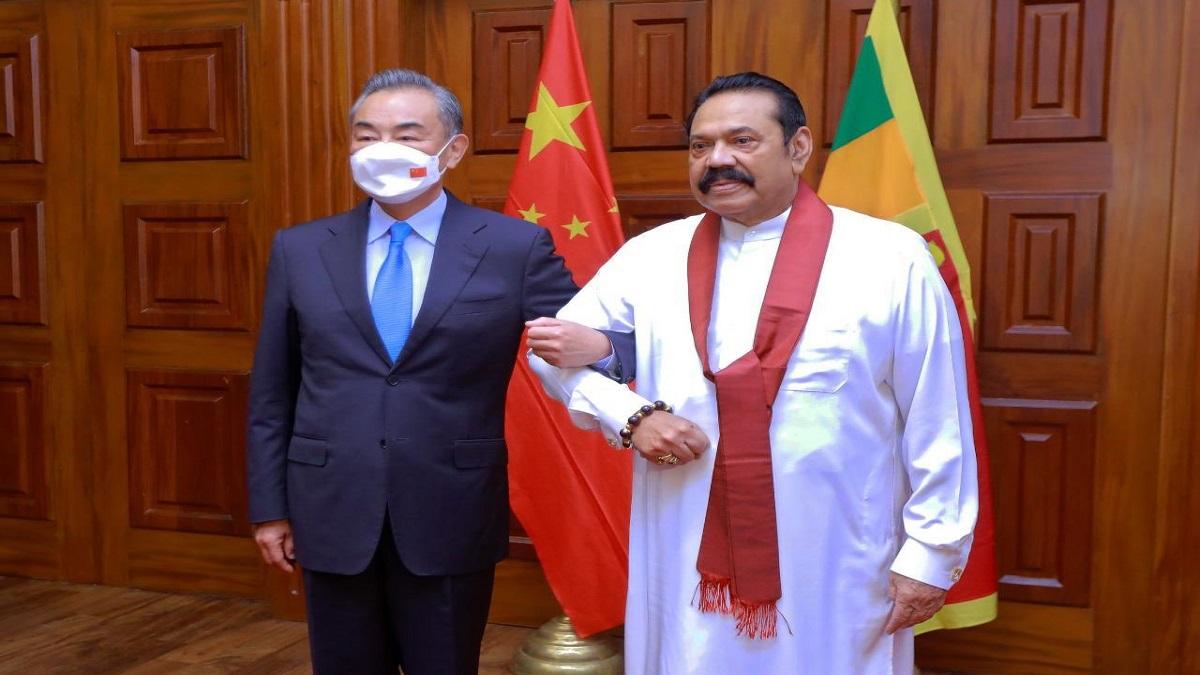 The main points of the story

The Chinese foreign minister arrived in Sri Lanka for a day on Sunday after a two-day visit to the Maldives. According to a report published by the official Chinese news agency Xinhua, in his meeting with Mahinda Rajapaksa, Wang Yi said that the friendly relations between China and Sri Lanka are beneficial to the development of the two countries.
and protection of core interests.

Referring to Sri Lanka’s neighboring India, he said, “Our relationship does not target any third party and no third party should interfere in it.”

China is investing billions of dollars in ports and infrastructure projects in Sri Lanka amid criticism of its debt trap. China is trying to strengthen its relations with Sri Lanka.

A few years ago, China started a port project in Hambantota, Sri Lanka. But this project was closed due to the increase in China’s debt to Sri Lanka. In 2017, China signed an agreement with Sri Lanka under which Chinese state-owned companies obtained a 70 percent stake in Hambantota Port in return for investment in the project.

India has become increasingly concerned about China’s stake in this port. Analysts believe that China is getting close to southern India. China is also creating a new city under Colombo Port City. China is increasing its presence in the Indian Ocean with these steps, which worries India.

The previous Donald Trump administration of America was highly critical of the Belt and Road Initiative. Trump believes that China is putting pressure on small countries into huge debts, threatening the sovereignty of those countries.

Last month, China suspended a project to build hybrid power stations on three islands north of Sri Lanka, citing “security concerns” from a “third party”. This place is not far from the coast of Tamil Nadu, in such a situation, India’s concern was growing, but then China withdrew from the projects.

Wang Yi, during his talks with Sri Lankan Foreign Minister GL Peiris, also proposed the creation of a platform for the development of island nations in the Indian Ocean. Observers say that China is trying to expand its influence in this region.

In a press release issued by the Chinese Foreign Ministry, Wang Yi was quoted as saying, “China proposes to establish a forum on the development of Indian Ocean island nations in time to build consensus and synergy and promote development for all.” Wang Yi also said that Sri Lanka could play an important role in this.

The Chinese Embassy in Colombo also published a tweet describing Sri Lanka as the true pearl of the Indian Ocean. During his meeting with Mahinda Rajapaksa, Wang Yi praised him a lot and called him an old friend of the people of China.

See also  36 died in a train accident in Taiwan:

According to a statement from the Sri Lanka President’s Office, President Gotabaya Rajapaksa has asked China to rebuild the structure erected to pay off debts granted to Sri Lanka.

President Rajapaksa said it would be a great relief to Sri Lanka if loan repayment restructuring could be considered as a solution to the economic crisis caused by the COVID-19 pandemic. It is estimated that China owes between $1.5 and $2 billion in debt to Sri Lanka this year.