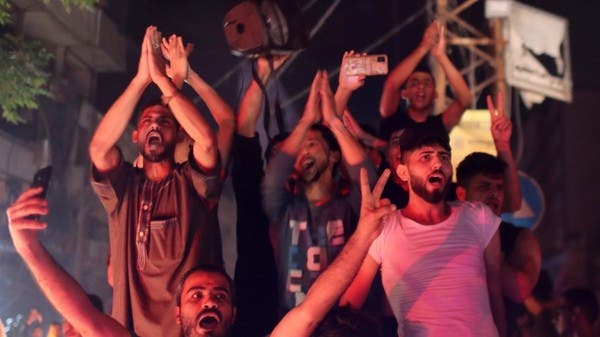 Private sources for Al-Arabiya and Al-Hadath revealed the scenes of the last hours of the Cairo-led talks for a ceasefire between Israel and the Palestinian factions, which came into effect at dawn on Friday.

The sources said that Israel agreed to the truce in the early hours of Thursday morning and submitted a written declaration of approval and sent a telegram to Egypt with the written consent.

A Palestinian sits beside the rubble of his house in Gaza

Destruction and rubble in Gaza (Reuters)

Written agreement to the armistice

The sources also reported that the Palestinian factions agreed to the armistice from Wednesday evening and sent a written letter to Cairo as well.

The sources indicated that Cairo stipulated that Tel Aviv should freeze the displacement of Palestinians from their homes without setting any conditions for that, stopping the attacks on worshipers and stopping the storming of Al Aqsa.

The sources said that there are Egyptian contacts and consultations with Israel regarding the settlement file, and Cairo is pressing to freeze it for a period of time and prevent such incursion.

Al-Arabiya and Al-Hadath sources revealed that, before the truce, Cairo sent a secret delegation to Tel Aviv. This delegation convinced Israel to stop the military operations and that the two sides were carrying out a ceasefire simultaneously, and Egypt was working on the halt at one time.

New steps to ease the blockade on Gaza

The sources also said that Cairo reached a preliminary agreement for new steps to ease the blockade on Gaza as part of the Egyptian truce project.

According to the sources, Cairo is also conducting contacts with European countries to coordinate a conference for the reconstruction of Gaza in Egypt as part of Egypt’s plan to restore the infrastructure in the Strip with international participation.

The sources said that Cairo would host a peace conference between Palestine and Israel, and that Egyptian security officials were fully monitoring the truce.

And that Cairo will send two other high-level delegations by the middle of next week to Gaza and Tel Aviv to start drafting a written agreement that is conditional on provisions that are binding on both parties.

The sources also revealed that Cairo had convinced Tel Aviv to stop the assassinations against the leaders of the factions and stop targeting their families and homes, and that the proposed Egyptian truce project consists of 15 items, and amendments will be made to it once the consultations are completed.

In addition, an Israeli security delegation will visit Cairo to hold extensive talks on a number of files.