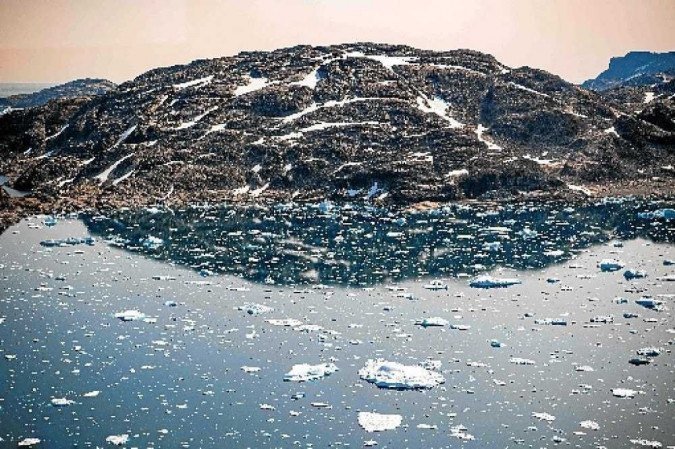 The main circulation system of the Atlantic Ocean and an important regulator of the world’s climate It has lost almost all stability in the last century and may have reached a critical point, no reflection. A study published yesterday in the journal Nature Communications indicated that the North Atlantic Overturning (Amoc) cycle, in which the Gulf Stream is involved, is on the verge of collapse due to global warming. The authors warn that, among other effects, the phenomenon could “dramatically cool Europe,” in addition to having serious consequences for tropical monsoon systems.

Amoc is the movement of warm water from the tropics from the Atlantic Ocean to the north, carried by the Gulf Stream, warming Western Europe as it passes. When they reach the northern part of the ocean, the water cools, becomes denser and heavier, sinking under the warmer volumes before returning to the south, where the cycle begins again. “This is one of the major circulation systems on the planet,” says Niklas Boers, one of the study’s authors and a researcher at the Potsdam Institute for Climate Impact Research in Germany.

In 2018, two surveys released by the Nature group also warned that Atlantic current system It has been weakened by melting sea ice, glaciers and ice shelves, which is releasing fresh water – less dense than salt – into the North Atlantic. According to David Thornali, a researcher at University College London, England, and co-author of one of the studies, “Fresh water weakens AMOC because it prevents the water from being thick enough to sink in.”

Recently, four months ago, research published in Nature Geosciences based on computer simulations with data from Earth’s past, so-called paleoclimate proxy records, showed that the current is at its weakest in 1,600 years. However, Boers points out, the question was open as to whether the weakness was related to a change in trading condition or a real loss of dynamic stability.

“It’s a critical difference,” says Niclas Bowers, “because the loss of dynamic stability would mean that AMOC has approached its critical boundary, beyond which a substantial and, practically, irreversible transition to the weak current situation can occur.”

Although the complexity of the system and uncertainty about future levels of global warming make it difficult to know when this will happen — it could take decades or centuries — Bowers points out that the effect of this phenomenon will be so disastrous that it must be avoided at all costs. “We urgently need to reconcile our models with the observational evidence provided to assess how close or how close AMOC is to the critical limit,” he says.

Although there is no long-term observational data on the strength of the Amoc, the circulation system leaves so-called fingerprints on sea surface temperature and salinity patterns in the Atlantic Ocean. “A detailed analysis of these fingerprints across eight independent indexes, with records going back 150 years, now indicates that AMOC’s weakness over the past century is likely related to the loss of stability,” Boyers says. “The results support the assessment that the AMOC decline is not just an oscillation or linear response to rising temperatures, but likely means a critical limit approach beyond which the circulatory system may collapse.”

“AMOC has a profound impact on global climate. Therefore, continued poor circulation is crucial new evidence for interpreting future regional and global climate projections,” says Andrew Myers, a polar ocean researcher at the British Antarctic Climate Survey in England. Furthermore, it is often designed to have an inflection point under some rotational force, the point at which a relatively stable rotation becomes unstable or even collapses. “We risk finding this point, which will have profound and potentially irreversible effects on the climate,” adds Myers, who was not involved in the study released yesterday.

There are several factors associated with the phenomenon, all of which are related to global warming, such as the melting of glaciers and the deposition of fresh water in the ocean. “I did not expect the increased amounts of fresh water added over the past century to produce such a response in an inverted spin state,” says Bowers, who says he was surprised and frightened by the study’s results. According to the researcher, although none of them are known CO2 emission levels It can cause the system to collapse, “the only thing to do is keep emissions as low as possible.”

Recent record rainfall in the northeastern United States is part of a broader trend. From Maine to Virginia, this region has seen a sudden increase in heavy precipitation – heavy rainfall and snow have resulted in about 2 mm of water per day depending on location since 1996, which coincided with rising sea surface temperatures in the North Atlantic.

Tropical cyclones, storms along the fronts, and extratropical cyclones are usually caused by intense precipitation in the northeast. But a study published in the journal Weather and Climate Extremes found that the increase in excess precipitation after 1996 was caused by greenhouse gases from human activity and North Atlantic surface temperature variability.

Lead author Huanping Huang, a researcher, says: “Our previous work showed that intense rainfall in the northeast has increased dramatically over the past 25 years, but this study is among the first to show that this increase is partly due to a change in Human Climate” with the Lawrence Berkeley National Laboratory for Climate and Ecosystem Sciences Division.

The study builds on previous work by Huang and co-authors, who found that northeastern North America has seen a 53% increase in heavy rainfall since 1996 and that the main driver of the increase is heavy rainfall from tropical cyclones. The team linked this phenomenon to a warmer atmosphere, which increases the amount of water that can be contained, and a cooler Atlantic Ocean, which leads to stronger and more frequent hurricanes. “Our results show that multidecadal variation in Atlantic surface temperatures, a major factor of Atlantic warming, along with greenhouse gases and anthropogenic aerosols, also contributed to the increase in extreme precipitation in the northeast after 1996,” Huang adds.