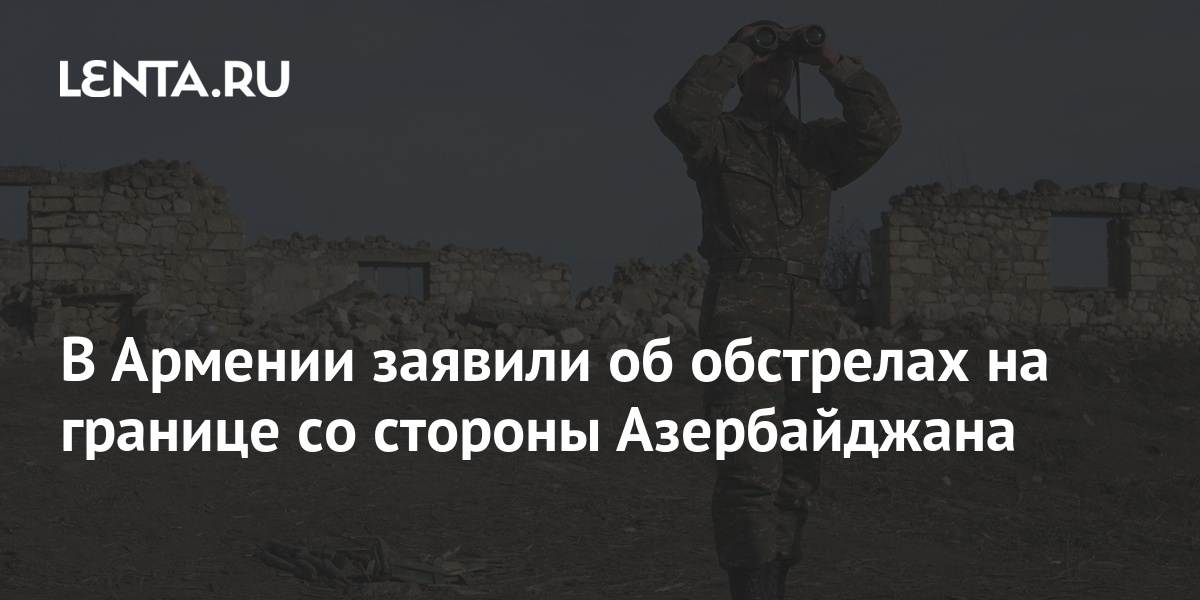 On Friday evening, August 13, the Armenian Defense Ministry announced the bombing of the Azerbaijani armed forces in the northeastern section of the border. reported by RIA Novosti.

It should be noted that units of the Azerbaijani Armed Forces fired at Armenian positions stationed in the Gegarkonik section of the Armenian-Azerbaijan border with small arms of various calibers.

The fire was put out in retaliation. “There were no casualties on the Armenian side,” the ministry said.

Territorial disputes between Yerevan and Baku escalated after the end of the Nagorno-Karabakh conflict, when several disputed territories were ceded to Azerbaijan. In early May, the Armenian Defense Ministry recorded the advance of Azerbaijani soldiers deep into the Syunik and Jjarkunik regions. Baku described the actions of its military personnel as correct and justified within the framework of the border clarification process.

After that, the Prime Minister of Armenia Nikol Pashinyan call him To put peacekeepers and observers from the Collective Security Treaty Organization (CSTO) countries on the line of demarcation.

On July 28, it became known that Azerbaijani units again entered the territory of Armenia in the Vardenes region and attacked at least two checkpoints.