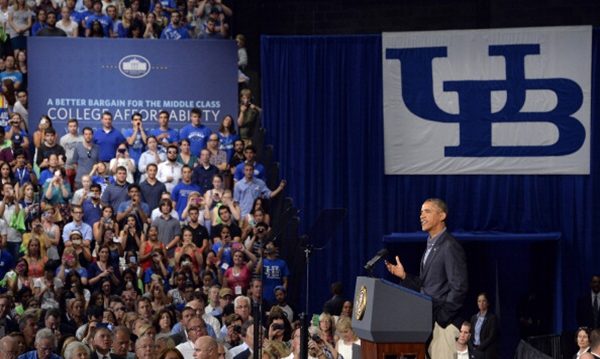 [Epoch Times 16 أكتوبر 2021](Reported by Epoch Times reporter Li Yun) recently,State University of New York50 holders of Campus BuffaloF1 visafromChinese studentsThe identity and faces of existence have been cancelledbanish. The reason is that they failed to file the I-94 documents as required.

According to a comprehensive mainland media report on October 14, 50 pregnantF1 visafromChinese studentsUpon notice from the school, their SEVIS record has been terminated, i.e. their valid F-1 status has been terminated. This means that they are residing illegally in the United States.

These 50 students are all new or returning first year students, they just went to the US for a month.

Listen to the news:

(Listen to more“Listen to the Times”）

Earlier, the Consulate General of the Communist Party of China in New York released a message on the official WeChat account that many Chinese students from a particular university were terminated as F-1 students and asked to leave the country because they failed to submit an I-94 form to the school for enrollment.

Some students received an email from the school on September 28: Because you failed to report in the fall semester of 2021, your SEVIS record has been terminated. We have repeatedly tried to contact you to obtain a copy of Form I-94, which indicates that you have recently entered the United States as an F-1. Because you did not submit the document, it does not meet the F-1 reporting requirements.

Some students tried to upload their I-94 file after learning that their SEVIS record had been expired, but the school deadline was September 27, so their file could not be passed.

School response: Student ID has been terminated and cannot be undone

The school responded that the school had repeatedly reminded international new students to submit Form I-94, and that the student’s failure to complete it was their own fault. At the moment, the student’s status has been terminated and cannot be reversed, the student is in an illegal state of residence and needs to leave the country as soon as possible.

they say that ,State University of New YorkThe Buffalo branch states that the materials required for international registration of a new student include: Letter of Acceptance, I-20, Passport and I-94. Students must submit a copy of Form I-94 to the International Student Service Center within 30 days of arriving on campus.

The most important documents for students returning to school are their passports and Form I-20. The I-20 is a document that the school submits to the Immigration Office to prove a student’s legal status. An important SEVIS number is located on the I-20, which is the International Student Registry and Visiting Scholar Information System of the US Department of Homeland Security.

Form I-94 is a document issued by the US Customs and Border Protection to aliens to record their entry and exit information in the United States. If the I-94 has expired, or an order to leave the United States is issued by a judge or the Immigration Appeals Board in any immigration court process, it will be considered an unlawful stay as of the next day.

Regarding the consequences of staying in the US even after losing your status, US immigration attorney Zheng Bingbing told NTDTV: “If you stay for more than 180 days, you cannot return to the US within 3 years. If you stay for more than one year or more, You cannot return to the United States in 10 years.” Furthermore, visa status will be invalidated for dependent applicants or family members.