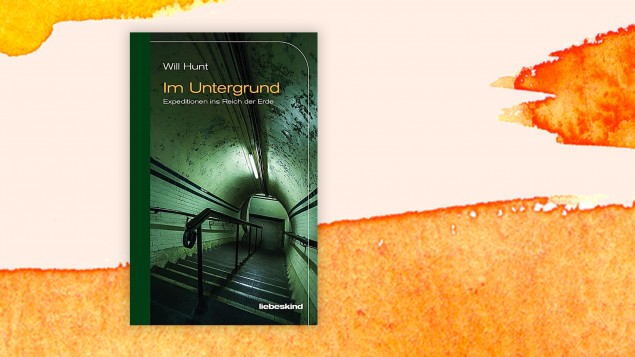 When we look at the tunnel, we feel primitive. At least that’s what Will Hunt claims in his book. (Cover: Liebeskind / Collage: Deutschlandradio)

Will Hunt has been exploring subway corridors, canals, catacombs and caves since his youth. In his book, the journalist talks about his passion – and more than that: opens up a dark, largely unknown, and wonderful world.

There is something magical about Underground for Will Hunt. A teacher told him when he was 16 years old about an abandoned train tunnel in his hometown of Providence, Rhode Island.

The little hunter crawled with a torch, turned off the light and experienced a spiritual moment for him: darkness and silence create the beginning of a magic that drives him around the earth – always looking for a reason to scare the caves and inspire us at the same time.

The journalist walks through the corridors of the New York subway and thus manages to reach the big city that was scaring him.

Crosses Paris underground, as wonderful worlds open up: huge halls created by excavating sandstone and building houses from it – cavities were used to reposition the dead from the end of the 18th century.

The American vividly and vividly tells us of the brightly painted rooms, the sites of the underground partying and the large sewers in which tourists rode boats at the 1867 World’s Fair – a mixture of press reports and historical scholarly background.

Cave hunting is rising all over the world

Will Hunt climbs tunnels and caves around the world. His passion takes him from the USA to Europe, Australia, Turkey and Central America.

And with each of these admirably described intruders, he delves deep into the world below us, also with the help of literature, art, science and mythology. He compares Cappadocia’s underground cities to building ant burrows.

Researchers who have documented life more than 1,000 meters underground in an ancient mine are visiting and dumping everything that biologists considered the basic dimensions of life: they found bacteria, organisms that do not breathe or oxygen that passes without energy from sunlight, without carbon food.

Since then, some researchers have assumed that life on Earth originated underground. Which also coincides with many mythological representations.

Hunt gives a lot of space to legend. Cave paintings and carvings in the Pyrenees, human and animal sacrifices in some caves in Central America, clergy and sages retreats in caves, which are mentioned by almost all religions.

However, whether we develop elementary feelings while walking underground, seeking transcendence or experiencing religiosity as the author feels, it seems precarious. You don’t have to follow your theses deeply – but one thing is for sure: You will look at caves and holes deep in the ground differently after reading them.

Will Hunt: “Into the Earth. Expeditions to the Earth’s World”
Translated from English by Anke Caroline Burger.
Libeskind / Munich 2021
320 pages, 24 euros