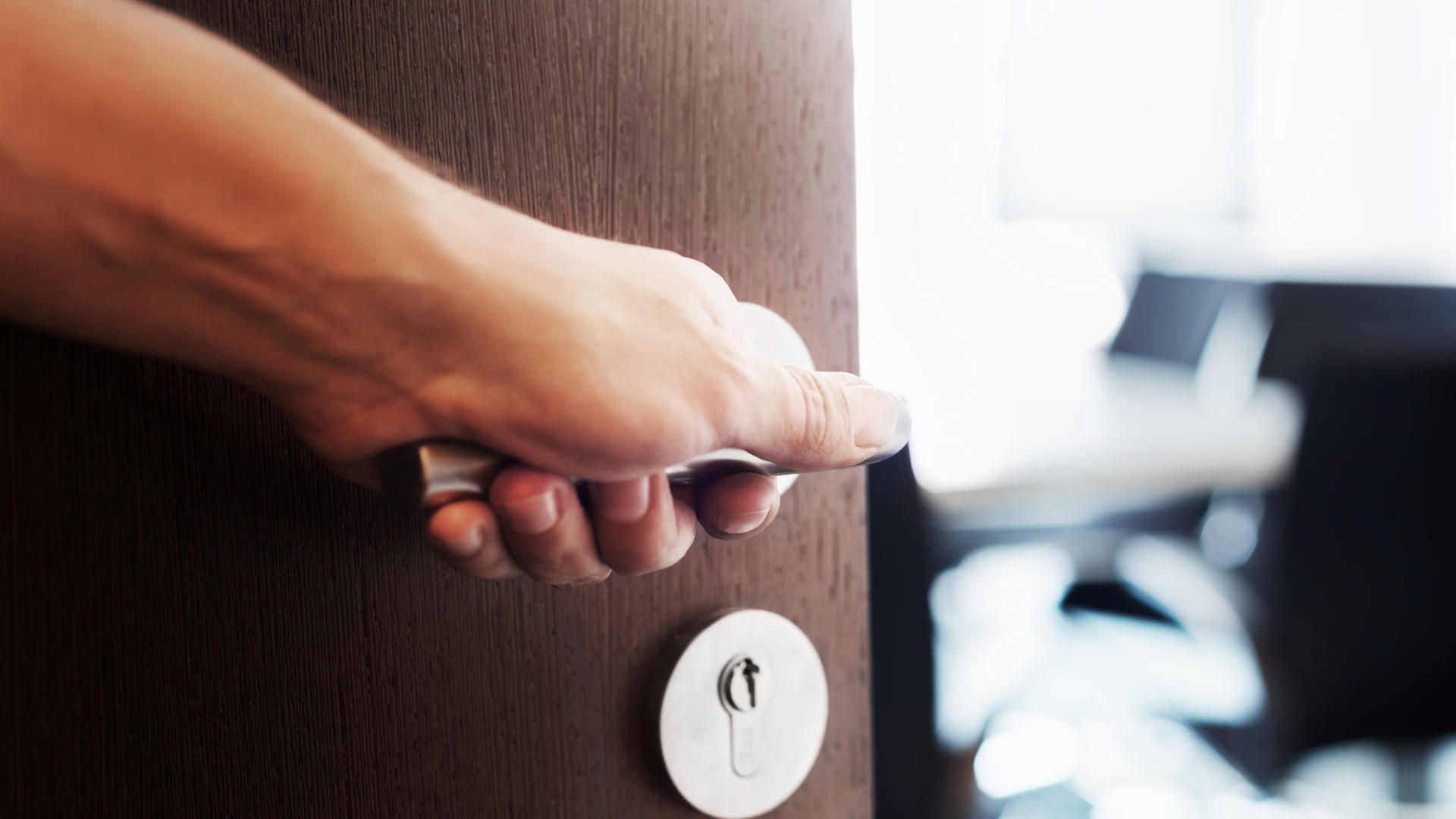 Push or pull? With some doors, it is not clear in which direction they can be opened. There are some points that determine whether the door opens inward or outward.

The reason some doors open outward is clear: they are escape doors that are not intended to impede or prevent escape in an emergency. So they must be opened in the direction of escape, that is, outward. This type of door opening is stipulated in the building regulations.

However, in this context, the question quickly arises as to why the doors of an apartment, house or some building cannot be opened outward – that is, in the direction of the escape route – but usually inward. There are several reasons for this.

This is why some doors open inward

The doors of houses and apartments in particular, as well as some facilities or shops, can usually be opened from the inside. The reason, for example, is not to give the person entering the house a feeling of welcome. Instead, it’s about the law in public:

If a door is opened outward, it occupies a certain space to a similar extent. This room is usually owned by a third party – for example, a city or municipal sidewalk or the porch of an apartment building belongs to the owner, not the tenant. If the door could be opened outward, it would occupy a space that it would not have the right to open.

Another reason is the lack of space: the doors to apartments or rooms are often too large. However, the common hallways and the house next door are rather cramped. If the door can be opened in the direction of the hallway, then the space in the hallway will be further reduced. This may make it difficult to enter the room.

See also  NASA collected a sample from the asteroid Bennu, but some of it is leaking into space

The third reason is safety: if the doors can be opened inward, then the chance of someone behind them is very small. On the other hand, if the door of a shop or office can be opened to the outside, a passerby may run into it or they could actually be hit on the head and get injured.

By the way: there are also room doors that can be opened in the direction of the hallway. These are, for example, places where immediate action must be taken in case of danger and the injured person must be rescued quickly – for example, if the person faints or is injured in some health facility.

In the case of apartment doors, the safety point must still be maintained. If an unwanted person is standing in front of the apartment door, they can reach more easily if the door can be opened to the outside. An inward opening allows the resident to lean against the door or prevent unauthorized access by strangers. The effort he has to direct against the pushing door is less than if he were moving away from it.