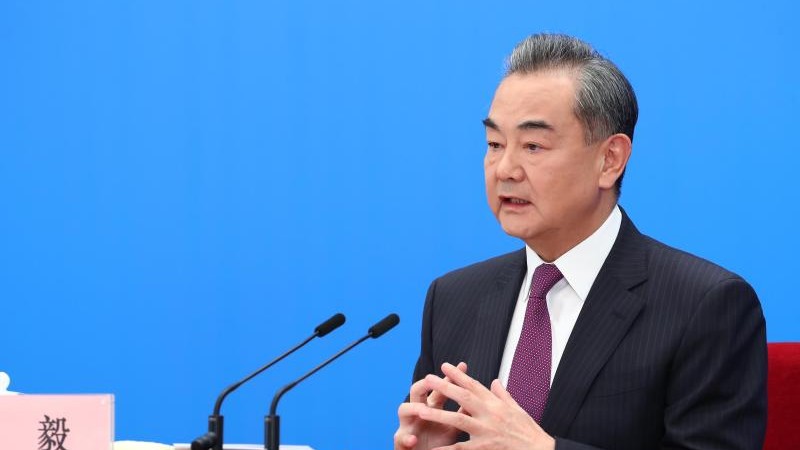 Chinese Foreign Minister Wang Yi has urged the United States not to interfere in internal affairs for the sake of resuming relations. Washington should also stop its official contacts with Taiwan.

Wang Yi told the press in Beijing Sunday at the annual meeting of the People’s Congress that the one-China principle is “a red line that should not be crossed.” China generally has to struggle with “hegemony, arrogance, and harassment” as well as “disgraceful interference.”

The United States “deliberately interferes in the internal affairs of other countries under the pretext of democracy and human rights.” The United States and China should be careful in their differences. Design your relationships as “healthy competition” – not “blame.” Wang Yi said China is open to exploring new cooperation. Nevertheless, Washington should remove “unreasonable restrictions.”

Relations between the two largest economies have fallen to an all-time low under US President Donald Trump. The two sides are also fighting an ongoing trade war by imposing tariffs. New President Joe Biden has indicated that he will also follow a difficult path with regard to China, albeit not on his own as his predecessor, but more in cooperation with allies in Europe or Asia.

Wang Yi rejected the impression that Beijing was trying to divide the European Union and the United States. The foreign minister stressed that China and the European Union share common interests. Relationships showed “resilience and liveliness.”

Wang Yi firmly rejected the charge of “genocide” among the Uyghur Muslim minority in northwest China. “The claim couldn’t be more ridiculous.” Talk about “rumors” and “lies”. Human rights groups estimate that hundreds of thousands of Uyghurs, Kazakhs, Hui and other members of Muslim minorities in Xinjiang have been sent to re-education camps. On the other hand, China talks about training centers.

Uyghurs are ethnically related to the Turks and feel persecuted by the Han Chinese ruling Xinjiang. After coming to power in Beijing in 1949, the Communists incorporated the former East Turkestan into the People’s Republic of China. Beijing accuses Uighur groups of terrorism.

The new US Secretary of State Anthony Blinken had expressed his personal opinion at the end of January that a “genocide” was being committed against the Uyghurs. However, the new US administration has not yet taken a formal position on this issue, which will also have legal consequences. Blinken’s predecessor, Mike Pompeo, the day before leaving office, accused Beijing of committing “genocide and crimes against humanity” in Xinjiang.

Wang Yi also called on the United States to clearly abandon the “dangerous practice” of the old US administration of pursuing official contacts with Taiwan. The island is an inalienable part of China and should be “reunited”. While Taiwan, now a democracy, has long considered itself independent, Beijing talks about separatism and is trying to isolate the island nation diplomatically with the one-China doctrine.