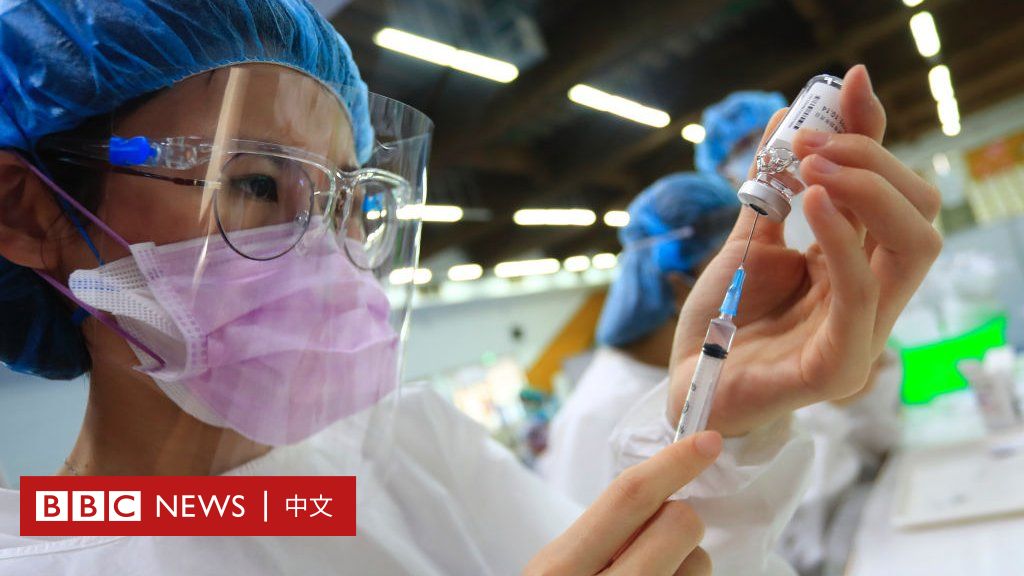 The purchase of the BioNTech vaccine (called BNT in Taiwan, Fubitai in Hong Kong and Macau, and Pfizer vaccine in Europe and America), which has been simmering for several days in Taiwan, made significant progress this week.

Taiwan’s two major electronics makers, TSMC and Hon Hai, announced on Monday (July 12) that they have signed a four-way contract with Shanghai Fosun and Yuli Pharmaceutical, to confirm the purchase of 10 million doses of BNT vaccine, and the two companies will purchase 5 million doses to donate to Taiwan, and from The government is expected to arrive in Taiwan at the end of September at the earliest. Shanghai Fosun Pharmaceutical Group also made an announcement on the evening of 11, announcing the deal.

It takes a long time to buy a vaccine that seems urgent and not difficult to the outside world. According to the external analysis, since the government began purchasing BNT vaccines in Taiwan last year, and the two companies finally confirmed the demand, the process can be described as twists and turns, involving the conflict between the two sides’ governments. Strait, the intervention of the United States and Japan, and even Germany’s vaccine-producing position. This vaccine purchase, which was originally a commercial nature, acquired a strong political color during the sensitive period of cross-strait relations.

Behind the rare purchase model

It is up to the company to purchase such a large number of vaccines throughout the process, and the government is responsible for reviewing and deciding whether to approve them. This vaccine procurement model is very rare in current global crown epidemic prevention operations.

The head of the Hon Hai group, Guo Taiming, applied to the government to purchase the BNT vaccine at the end of May when the epidemic in Taiwan began to spread. Tsai Ing-wen’s government said at the time that Taiwan could not agree to buy the BNT vaccine by following the “Fubitai” sales model in Hong Kong and Macau. The reason is that vaccines are a national security issue and must be dealt with by the central government. At the time, this statement sparked a backlash in the Taiwanese community, which was deeply stuck in the “vaccine panic”.

Opposition parties criticized Tsai Ing-wen for blocking the import of the vaccine on the basis of ideology, and critics said the DPP “should oppose all of China” and was not willing to allow Fubitai or Kexing vaccines to enter Taiwan. The media from various positions discussed fiercely, once again felt the rupture and opposition in the political arena in Taiwan.

Dr Su Ziyun of the National Defense Security Research Institute, a Taiwanese think tank, analyzed the BBC that Taiwan could not accept the Fubitel model because Taiwan would be considered a “Greater China region” in the contract and would be equivalent to Hong Kong and Macau’s status. Tsai’s government and many Taiwanese find it difficult to accept. In addition, the current new crown vaccine is a strategic material that requires the national government to provide a guarantee and exemption from the manufacturer, so it is difficult to obtain it entirely through private companies.

Su Ziyun also said that Beijing is also watching how the Taiwan epidemic is used to wage a “united front” against Taiwan in order to promote the Koxing vaccine in Taiwan. In the chaotic domestic epidemic of Taiwan, the political power of the Tsai Ing-wen government is weak.

But Beijing has consistently denied allegations of interference in Taiwan’s purchase of vaccines. After Hon Hai Ju Taeming confirmed the contract signing with Fosun on Monday, he also posted on Facebook, thanking all walks of life, and asserting that Beijing “did not guide nor interfere.”

The Taiwan Affairs Office of the State Council of China also said at the press conference held the next day that it criticized Taiwan’s allegations of Beijing’s interference in the procurement of the vaccine, calling them “self-defeating.”

There are other reasons for the successful signing of BNT purchase orders between TSMC and Hon Hai. Reuters quoted a Taiwanese official familiar with the procurement negotiation process as saying that Taiwan’s accusations against the mainland of blocking vaccine procurement have already helped Taiwan, prompting the United States and Japan to take action, donate nearly five million doses of vaccines, and mitigate the spread of the Taiwanese vaccine. Society .. the “panic” vaccine.

Various statements have undoubtedly enhanced the dramatic effect of this drama.

The vaccine crisis and the approval crisis

Even if the BNT vaccine was finally purchased, after Taiwan fell into a local epidemic this year, the vaccine and medical energy provided were not enough, and the local epidemic prevention policy was different from the central government’s confusion. So far, hundreds of people have died from the new crown, causing public complaints. Tsai Ing-wen and the DPP government have been plunged into the biggest approval rating crisis since they came to power in 2016.

In fact, the Taiwanese government began contacting BioNTech at the end of last year, hoping to purchase 5 million doses of the vaccine. However, in February 2021, Taiwan’s Minister of Health and Welfare, Chen Shizhong, stated that on the eve of the decade, the factory had a surprising opinion of the word “my country” in Taiwan’s official press release. After the Taiwan government changed “my” to “Taiwan”, the contract was signed, and the program was suddenly interrupted.

In May this year, a local epidemic broke out in Taiwan. Vaccines purchased from Oxford/AstraZeneca (known as AZ vaccine in Taiwan) have been temporarily banned from export to India, a major foundry country, due to the local epidemic. As a result, Taiwan was unable to receive the goods, all walks of life were surprised, diagnoses rose sharply, deaths caused the whole of Taiwan to fall into a panic due to the vaccine, and public grievances arose. While Tsai Ing-wen was in a political crisis, mainland China continued to disseminate information. In addition to criticizing Tsai’s government, the State Council Taiwan Affairs Office directly requested the Taiwan government to accept the Kexing vaccine in Taiwan.

According to the latest opinion poll released by the Taiwan Public Opinion Foundation this week, the DPP’s approval rating has fallen by 15 percentage points to 28% in the past three months. However, the KMT received no further support, maintaining an approval rating of around 19%, and the number of neutral voters rising to 48.2%.

The political crisis of the Kai government began to recede after the intervention of the United States and Japan. In early June, Japan announced the donation of 1.24 million doses of AZ vaccine to Taiwan and it arrived a few days later. Subsequently, the United States donated more than two million Modena and AZ vaccines to Taiwan to alleviate the vaccine panic in Taiwan.

In the end, Tsai Ing-wen agreed with Hon Hai to purchase the vaccines, and the crisis of the new Taiwanese crown gradually eased. However, outside Hon Hai, Tsai Ing-wen invited TSMC to join the purchase of the BNT vaccine, which the outside world saw as a move to change the government’s negative image and offset Hon Hai’s pressure on the palace.

Happy ending to all parties?

Wang Hao, a doctor of international relations at the University of Oxford in the UK, told BBC China that there was no evidence that the State Council’s Taiwan Affairs Office or Beijing pressured Fosun to prevent the sale of vaccines to Taiwan. However, he analyzed that Taiwan had applied for A-Z or Modena vaccines through the Covax mechanism last year. Only since purchasing the BNT vaccine alone last year has it encountered many difficulties and can already see resistance.

The only thing the outside world noticed was that Tsai Ing-wen, with whom he has a good relationship, invited TSMC to join him and buy a BNT vaccine with Hon Hai. This is one of the keys to a successful purchase. While negotiating with BioNTech, TSMC stated that it might set up a plant in Dresden, a large city in eastern Germany.

On June 30, US Commerce Secretary Gina Raimondo admitted that the president of TSMC had spoken to her, “asking the United States to help get the new crown vaccine.”

Taiwanese political commentator Chen Minfeng told Taiwan media that according to her sources, TSMC’s conversation with the Commerce Minister should be a reference to Beijing or Fosun and Germany, which means that if Taiwan continues to block this purchase, the United States will do so directly. Through the US company Pfizer, the Pfizer vaccine sold itself to TSMC and BNT.

Song Wendy, a lecturer at the Institute of Asia and Pacific Studies at the Australian National University (ANU), analyzed for the BBC that although the US has high values ​​and technological competition with China, it still considers “fighting without breaking” as its highest goal. at the diplomatic level. The United States is more willing to help in the form of multilateralism. Therefore, in terms of vaccines, Japan has donated vaccines to Taiwan several times. He also said that through simple diplomacy, the United States has urged the governments of European Union leaders to exert their influence and assist European private companies in vaccine negotiations with Taiwan.

“Compared with the unilateral actions of the United States from beginning to end, and thus the change to the broad West to participate, the form of multiple democratic governments interchanging roles will undoubtedly reduce political sensitivity, not only to provide space for maneuvering on other issues in the US-China negotiations, but give the Beijing is less than compliant.”

In other words, this issue of procurement is a struggle that has no loser but a waste of time and arduous. Wang Hao believes that everyone finally has the political points they want: TSMC and Hon Hai Guo Taiming gained popularity in Taiwanese society, Tsai Ing-wen temporarily eased political pressure, Germany got rid of “pro-China” and negatively dealt with the Taiwan vaccine agreement negative image . Shanghai Fosun has sold tens of millions of vaccines and made high profits, while Beijing can continue to claim that Taiwan needs China to help get the vaccines.

However, the local outbreak in Taiwan has led to a rapid increase in confirmed cases to more than 10,000, nearly 700 deaths, and a mortality rate of close to 5%. The private economy has been hit hard, and society continues to criticize the government’s epidemic prevention policies and vaccine preparations. All of these need to be blamed and corrected.