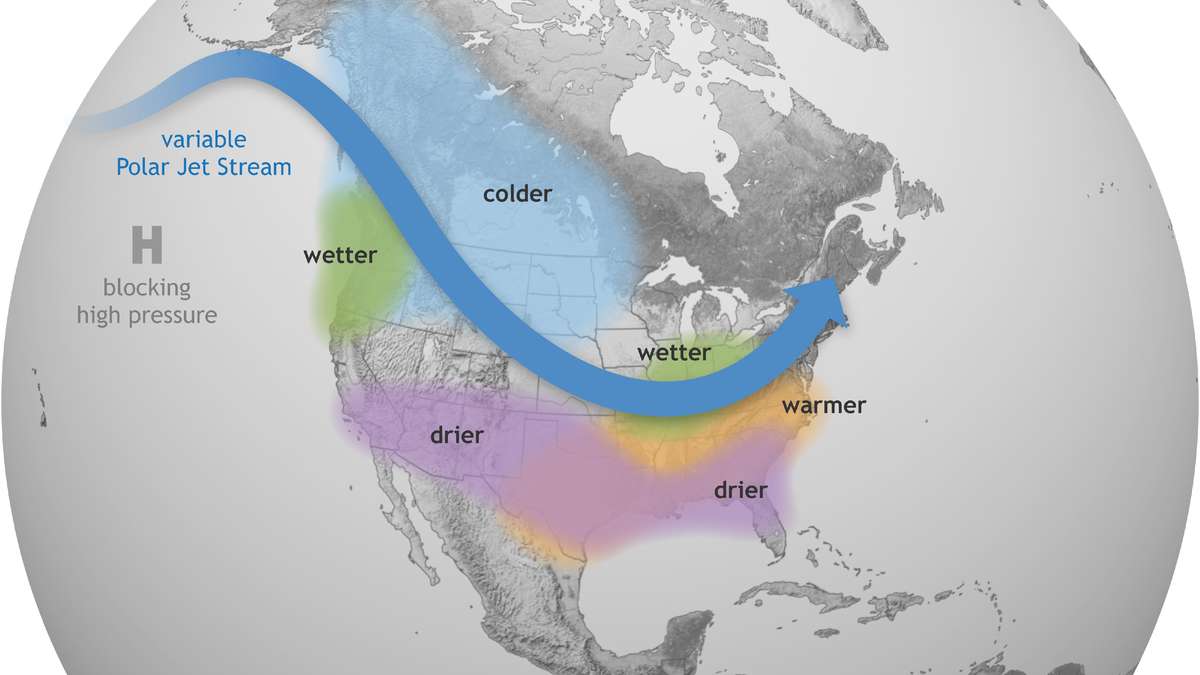 Meteorologists are certain that a La Niña winter is imminent. But does the weather phenomenon have consequences for winter in Germany?

Munich – The first predictions for winter 2021/202 in Germany are likely to be very exciting, especially for December. Will winter bring snow and cold Siberia? Due to the high prices of electricity and gas, the weather forecast for this year is likely to be interesting to many people. Moreover, the so-called La Niña winter is imminent. Does this phenomenon affect the weather in Europe or even in Germany?

“It’s baaaaaaaaack!” (German: It’s back) – NOAA headlines via infographic about La Niña on Instagram. An animated computer model shows how cold the surface water temperature in the tropical Pacific Ocean has been for months, and above average. A clear indication for researchers: the weather phenomenon of La Niña is active again. US weather experts now believe there is an 87 percent chance that it will last all winter. La Niña (Spanish for “girl”) occurs every two to five years. This phenomenon disturbs the weather and often leads to increased precipitation, snowfall and storms in different regions of the world. La Niña is a climatic anomaly opposite to El Niño, and the opponent is most feared due to heat and drought.

La Niña essentially guarantees cooler temperatures around the equator. The trade winds from South America are blowing stronger than usual from South America and pushing warm surface waters west towards Australia and Southeast Asia. The natural atmospheric circulation is enhanced and cooled in the tropical Pacific Ocean. An amazing tongue of cold water forms along the equator.

See also  An additional school for people with special needs in the Brelon area?

“We’ve already seen a potential La Niña effect this year — a more active hurricane season in the Atlantic with nearly twice as many storms than the previous average,” in one ENSO-Blog der NOAA to read. The blog deals with El Niño and La Niña predictions and observations and their impacts, especially for the United States of America. ENSO stands for El Niño Southern Oscillation and is also an indicator of a weather phenomenon. If this value drops below 0, a La Niña will start. At the beginning of November, this value is -1.0.

Winter in Germany? Does La Niña have an effect on our weather?

According to the current scientific situation, the areas immediately adjacent to the Pacific Ocean are mainly affected by the atmospheric La Niña phenomenon. But will La Niña really bring a record winter to Europe and Germany? The effects are very controversial and have been little researched. The operations are complex. La Niña was already active last winter. Winter brought a lot of snow in Germany, but in the end the temperatures were fairly average. Experts suspect a connection with La Niña.

Meteorologist Dominic Young confirms when asked Mercur.de*. There are no statistics to prove this. The weather expert certainly does not want to talk about the “winter of the century”. “No one should be afraid of rising heating costs,” Young says. That might be a disappointment for snow lovers at the moment. And: “White Christmas” can hardly be reliably predicted at this point in time.

See also  Hohenloh is by no means a culturally developing country

In 2010 there was a snowy and cold winter in central Europe. In any case, the meteorologist doesn’t want to attribute that to La Niña. Of course, there can be weather conditions off that may lead to a cold snap in Germany, but this is not related to the weather phenomenon of La Niña.

“Cold winters and La Niña – that’s pulled by the hair,” Andreas Friedrich, a spokesman for the German Weather Service (DWD) said in an interview. Mercur.de*. “To my knowledge, there are no significant effects of La Niña on Central Europe and therefore on Germany as well.” This phenomenon affects regions in South America, Africa and Australia.

In short: it is just speculation to link the winter forecast in Germany to the La Niña event.

The association between La Niña or El Nino and the weather in Europe has already been a scientific topic, as the weather portal reports in this context. wetteronline.de. Result: file The analyzes do not show a clear trend. (ml) * Merkur.de is an offer from IPPEN.MEDIA