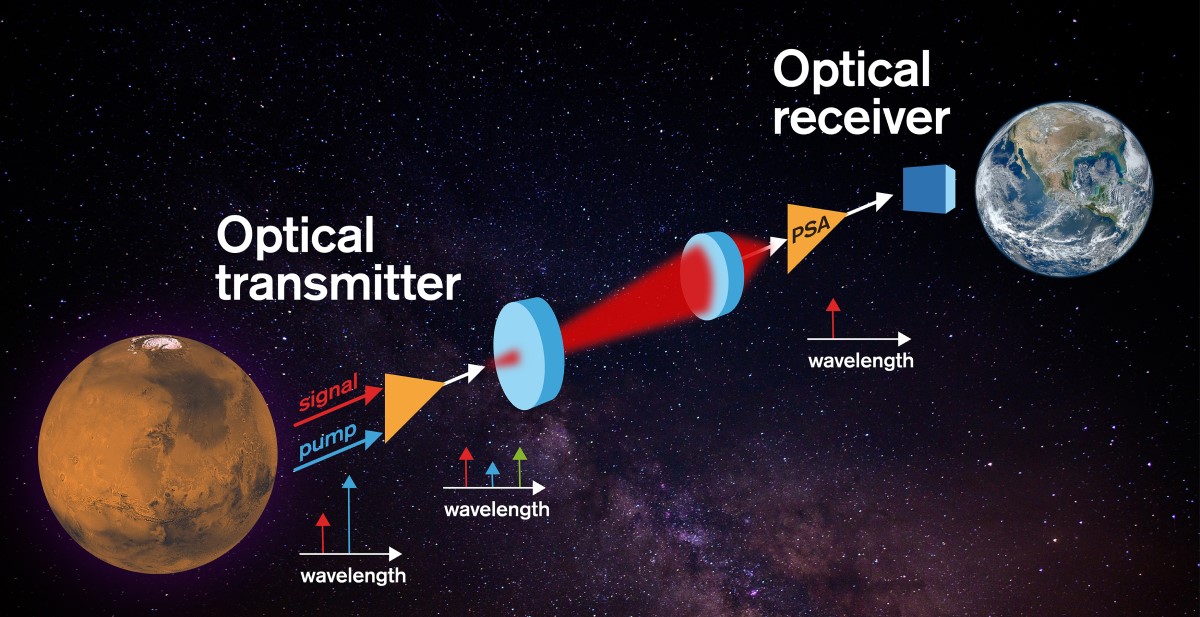 If humans want to travel around the solar system, they will have to be able to communicate. As we look ahead to manned missions to the moon and Mars, communications technology will be a challenge we haven’t faced since the 1970s.

We communicate with robotic missions through radio signals. This requires a network of large radio antennas. Spacecraft have relatively weak receptors, so you need to send a strong radio signal to them. It also transmits relatively weak signals again. You need a large, sensitive radio dish to capture the response. For spacecraft beyond Earth’s orbit, this is done through Deep Space Network (DSN), They are a set of radio telescopes specially designed for the function.

The only major mission we currently have manned is the International Space Station (ISS). Since the International Space Station orbits only 400 kilometers above Earth, it is relatively easy to send radio signals back and forth. But as humans travel deeper into space, we will need a deep space network much stronger than the current network. The DSN is already pushing its data limits, due to the large number of active jobs. Human tasks require larger orders of magnitude.

to me Apollo missions to the moon, NASA has developed a new wireless communication system known as Unified S-Band, or USB. Previous low-orbit missions used separate radio channels for voice, telemetry, and tracking data. Radio telescopes at the time were not sensitive enough to capture this independent data from the distances of the moon, so USB merged it into a single data stream. But even that wasn’t powerful enough to pick up video signals from the moon. It took the Parkes Radio Telescope, one of the largest and most sensitive radio antennas at the time, to capture hazy, low-resolution videos of the first moon landing.

When we go back to the moon and take our first steps on the surface of Mars, we not only want scientific data, but we want to feed live video, high-resolution photos and even tweets from astronauts. Imagine trying to stream gigabytes of data between Earth and Mars. Even the most sophisticated radio network is not capable of this level of bandwidth. While NASA works on modern radio designs, wireless communications may not meet all of our needs.

A new study is looking at an alternative. Visible light is used instead of radio. While visible light can carry more data due to its shorter wavelengths, it is more easily dispersed and loses accuracy over a shorter distance. To get around this, the team suggests combining the signal with a second bookmark. Then the whole thing is passed through a nonlinear optical fiber, which generates a third signal known as the intermediate wave. Then all three of those are amplified and sent on their way. On the other end, the signals are captured and processed. Since the intermediate wave depends on the other two signals, it can be used to reconstruct the original signal without losing too much data. In lab experiments, the team reached a data rate of over 10 Gbit / s, which is ten times higher than the current technology.

This work is still very experimental, so it is too early to tell if it will solve the challenges of human space exploration. But who knows, it could be technology that allows astronauts to send Instagram selfies from another world.