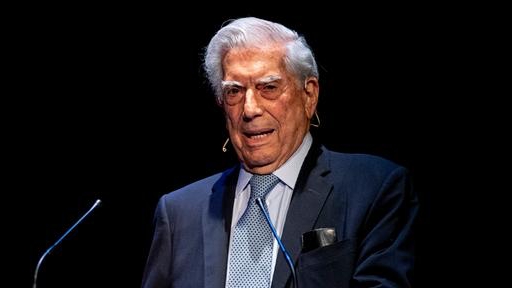 Writer Mario Vargas Llosa Asked Keiko FujimoriCandidate for the presidency PeruAnd the Preventing that country from losing freedom like Cuba and Venezuela Ultimately to form a left-wing government Pedro Castillo.

“I think your situation is very important at the moment because you are facing it An opponent can end freedom in Peru. I think it’s up to you and we Peruvians are very interested in that you win the election fairly and that you spend five years in power trying to do good things for the Peruvians, “Vargas Llosa said.

“Must be He saved our country from A big risk it is Fall into the hands Inclusiveness. We see it in VenezuelaIn Cuba, the tragic cases of countries that have lost their freedom And that over the years Do not thrive. Cuba today is much poorer Day in and day out than it was 60 years ago when it started Castro. Venezuela Is today so poor Being one of the richest countries, not only from Latin america But from the world. We cannot allow that to happen Peru”As he claimed.

The Nobel Prize in Literature He added that “Peru is full of prosperity and wealthAnd that wealth must be used to operate in an environment of freedom that stimulates development and progress more than others. “

Vargas Llosa wished Kiko Fujimori good luckFor which the writer thanked his support. “While it is true that there is wealth in our country, it has unfortunately not been redistributed well. This is a huge responsibility that I hope you will shoulder,” said the presidential candidate for the Forza Popular party.

The policy said it would “strictly respect” democracy and the “independence of authorities” in the country Peru.

Keiko Fujimori is under investigation for alleged money laundering and criminal organization crimes in the Odebrecht case. In March 2021, Prosecutor José Domingo Perez, of Lava Jato’s special team, concluded his investigations into dealing with alleged campaign contributions from the Brazilian company and He asked for 30 years and ten months of actual imprisonment About the current presidential candidate, local media reported trade.

According to a simulation conducted by Ipsos Peru for América Televisión, Pedro Castillo would receive 52.6% of the correct votes, While Kiko Fujimori will reach 47.4%And the Added The aforementioned source.

The The second round to pick The new government of Peru will be on Sunday, June 6.