USA: Thousands of Immigrants Inside Mexico Border – Will Trump Visit His “Wall”? 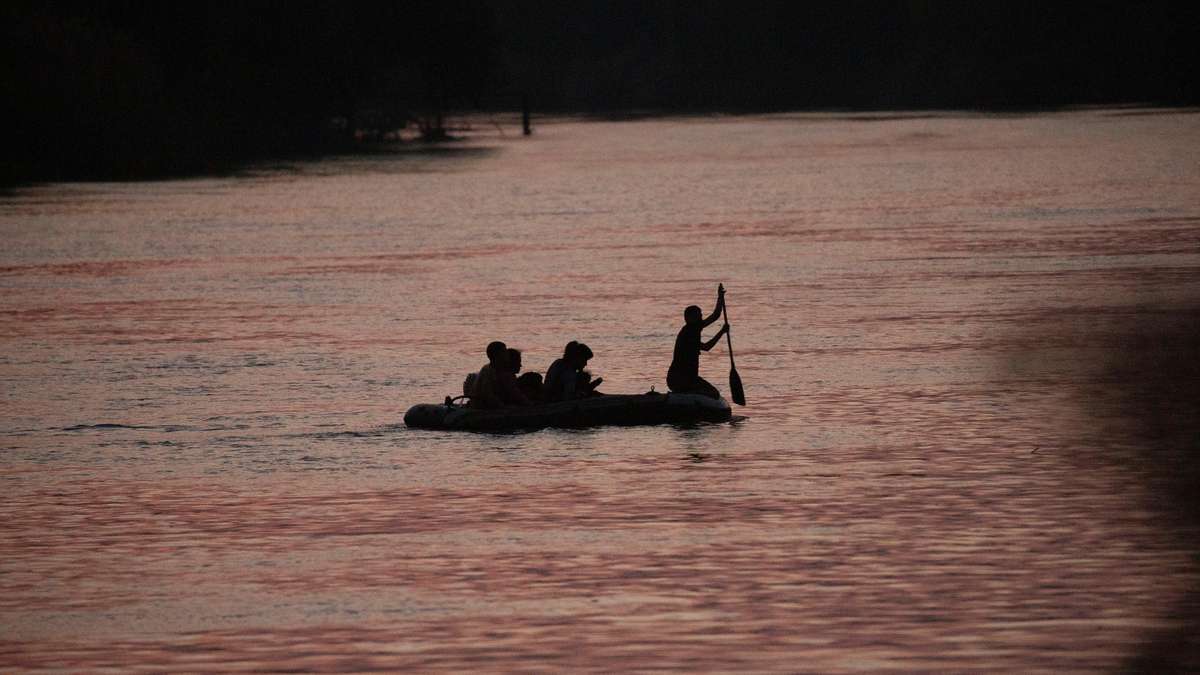 The situation on the border between the United States and Mexico is fraught with dangers. Joe Biden defends his departure from Donald Trump’s policies.

El Paso – Thousands of immigrants in Mexico hope to enter the United States. The inauguration of the new president, Joe Biden, reinforces this confidence: He has announced a humanitarian path. In addition, smugglers are fueling people’s hopes, and there is talk of “open borders” with the United States. But for most of them, the borders are not open. 100,000 migrants were intercepted at the border with Mexico in February alone.

“We are on our way to meet more people at the southwestern border compared to the past 20 years,” said Alejandro Mayuras, the US Secretary of Homeland Security, in a statement Wednesday (March 24, 2021). According to Mayuras, most adults and families are deported, but unaccompanied children are not deported.

Biden has canceled his predecessor Donald Trump’s “Stay in Mexico” program. The law requires people who have applied for asylum in the United States to await trial in Mexico. However, immigrants who cross the border into the US without papers can be deported again in a very short time. Coronavirus pandemic and protection from infection are given as causes. This enables officials to immediately return immigrants who cannot prove notarized residency in the United States – without the possibility to apply for asylum. So nothing has really changed.

However, many people make a dangerous journey towards North America. For some Republicans, Biden is partly responsible for the immigration through his advertisements. Republican members of the US Congress are visiting the border with Mexico to see the situation for themselves. According to the American magazine “Newsweek”, former President Donald Trump can also make a detour south. Immigration and border security were among the main issues of his campaign and presidency.

Trump made his last visit to the “wall” in the final days of his presidency. He hasn’t gone to the border since then. Jason Miller, a senior Trump adviser, said in a podcast Thursday (March 25, 2021) that Trump wants to see Biden “fail on his own.” In addition, Trump does not want to give Biden a chance to downplay the situation with his presence. Nevertheless, he considers Trump’s visit at the border possible “at some point in the future.”

According to Trump himself, he left “the safest borders in history.” Biden turned “a national victory into a national disaster” and his administration caused “death and a human tragedy.”

Trump News And the News about Joe Biden It can be found on our topic pages.

US President Joe Biden and Vice President Kamala Harris are expected to travel to the border by themselves in the near future. At a press conference last Thursday (March 25, 2021), Biden defended his border policy. Trump’s handling of the situation “does not help at all.” He said the increased immigration is just a seasonal increase due to the favorable weather conditions between January and March. The same increase is said to have already occurred in 2019.

He continues to stick to his steps. Biden said, “I do not apologize for stopping programs that did not exist before Trump became president and which have an incredibly negative impact on law, international law and human dignity.” (Sebastian Richter)

READ  Miami broke the heat record for all time, but no warnings arrived. Here's why