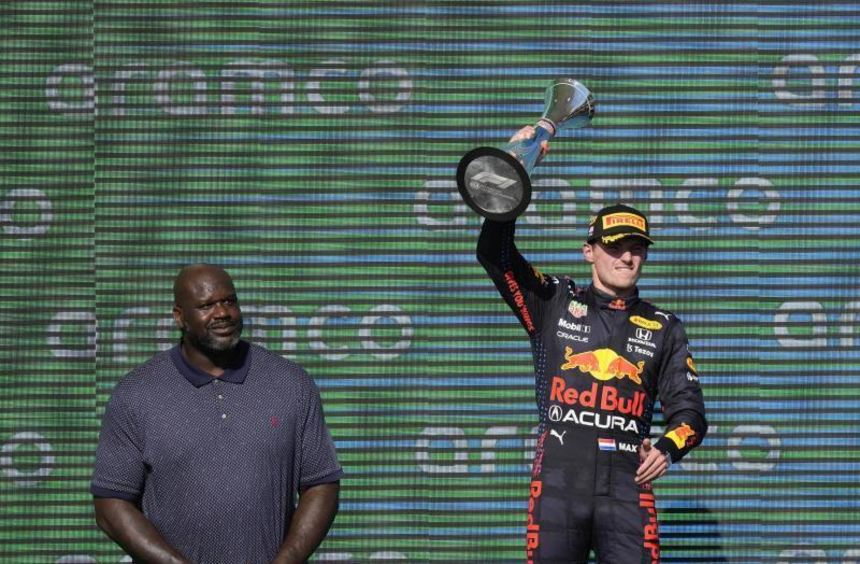 AUSTIN (AP) – After Max Verstappen’s next win, the air is now thinner for longtime F1 dominator Lewis Hamilton and Mercedes.

While the Red Bull crew switched to party mode after trial in a full-size convertible in the finest Texas style with huge horns, Mercedes strategists were already filling their minds after the famous success of world championship leader Verstappen.

Austin’s previous undefeated win ensures that Lewis Hamilton was already worried about the next two races, which could start with potentially crucial three-headers on three consecutive weekends: “The next few tracks are very strong laps for Red Bull. It’s going to be tough. Sure.” A maximum of 81 points can be awarded for this grueling triple pack.

In the hands of NBA icon Shaquille O’Neal, who also made fans turn to DJ Diesel at a Formula 1 party in Austin, Music City, Verstappen’s trophy win almost seemed small. But the Dutchman is on his way to achieving great things and destroying Hamilton’s dream of capturing the only title record with an eight victory, at least this year. “Lewis Hamilton’s crown slipped as Max Verstappen keeps his nerve and extends the lead in the title race,” the London newspaper “The Times” wrote on Monday.

why is that? This is of course due to Red Bull – and Verstappen. “The last three races were actually Mercedes. “Instead of falling behind, we now come to Mexico with a 12-point lead,” Red Bull motorsport advisor Helmut Marko said after Verstappen’s impressive eighth win of the season. Mexico and Brazil should suit us better because of the altitude. “

These are the next two stages in the increasingly intense World Cup duel. “I don’t think there is a certain pattern to who is the best on any road,” Mercedes team boss Toto Wolff said after Verstappen’s first success on the feel-good Hamilton track in the US. “We just have to put pressure, pressure and hope until we hope to be in a position to fight for the world championship until the last race.” The chances are “perfectly intact, everything is open. In the race, it can be decided if someone stops.”

Failure would be fatal – for both Verstappen and Hamilton, who have previously won five of the eight races in Texas. “Now I only take it one race at a time. We just have to see how we can do better,” said Hamilton.

Red Bull did an impeccable job at Verstappen. Although the 24-year-old lost his lead to Hamilton in the first corner, he reclaimed the lead with two early stops. “Red Bull’s strategy was brave and it worked,” Wolff said, praising the opponent’s “incredibly aggressive” tactics.

Verstappen is not only aggressive, but also intelligent. “Despite a well-deserved race for Lewis Hamilton, full of fighting spirit and toughness, Max Verstappen has increasingly won the toughest, toughest and most mature race over the seven-time US Grand Prix champion,” said Marca in Spain.

Red Bull boss Christian Horner has spoken of “exceptional driving” from his star driver. The British expect high tension until the end. “There are still five races left and we know there are a few where Mercedes has an advantage, some where we are strong, so the rest of the season is very close to will,” Horner said.

Zoom Circuit of the Americas details

Details about the Mercedes race car

News on the homepage of Formula 1