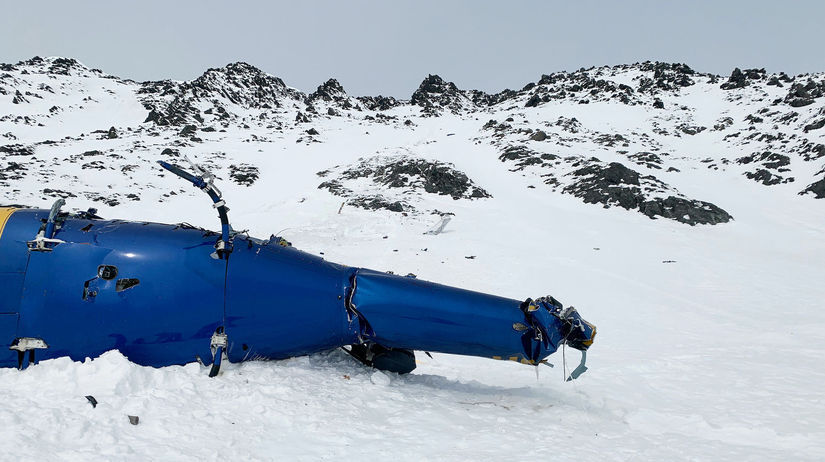 The US National Transportation Safety Board (NTSB) captured the wreck of a helicopter in which the richest Czech, Peter Kilner, and four other people were killed last Saturday. Send a team of detectives to Alaska. KTUU TV, a regional television, reported Friday that they will examine evidence related to the accident.

Kilner died at the age of 56 when he went on a helicopter ride with a group of guides and acquaintances, an extreme sport in which skiers or snowboarders are escorted by helicopter to open terrain.

However, north of Anchorage, Alaska’s largest city, the helicopter crashed into a mountain near the Kennec Glacier and then rolled several hundreds of meters down the cliff. The pilot and four of the five crew members were killed. The only survivor is former Czech figure skating actor, 48-year-old David Horvath, who ended up in critical condition at Providence Alaska Medical Center in Anchorage. Horvath is conscious and investigators are hoping to obtain his testimony.

NTSB Regional President Clint Johnson told local television that the debris they found in the Kennec glacier was back at Palmer in a “safe and secure place”. “There will be a team of six to eight people who will work on the wreck and do other activities next week,” Johnson said. According to him, the investigator in charge of the case will arrive from Seattle on Saturday and the rest of the investigation team will follow.

Video: The place where Peter Kilner, the Czech billionaire and Marquis owner, died.

According to Johnson, there are also two helicopter specialists on their way to Alaska. One was sent by helicopter designer, Airbus, and the other was sent by engine manufacturer Safran Helicopter Engines. “There will be a lot of things we will continue to move forward regarding the investigation of the incident,” Johnson said. “Of course, a key part of this is that we can touch debris with engineers,” Johnson added. According to him, the wreckage of the helicopter was found at an altitude of about 6,000 feet (less than 1,830 meters).

Johnson stressed that all experts will document and inspect the wreck in detail to detect any mechanical faults or problems that may lead to an accident. The investigator expressed satisfaction that the debris had been captured at all – due to the weather conditions in the area of ​​the accident, including the risk of avalanches. “We are happy, even excited, that we were able to pick up the wreckage,” said the chief investigator.

An Airbus AS350B3 helicopter with six people on board crashed in the Kennec glacier on Saturday evening. It appears to have hit a ramp just below the hillside, and then collapsed about 250 meters after the collision.

The NTSB investigation could, among other things, provide answers to the question of why rescuers were alerted to the missing machine just two hours after Soloy Helicopters stopped sending the satellite tracking signal.

Do you like this article?
Please support press quality.

The goal of the daily newspaper Pravda and its online edition is to provide you with the very latest news every day. In order to be able to work for you better and better, we also need your support.
Thank you for any financial contribution.