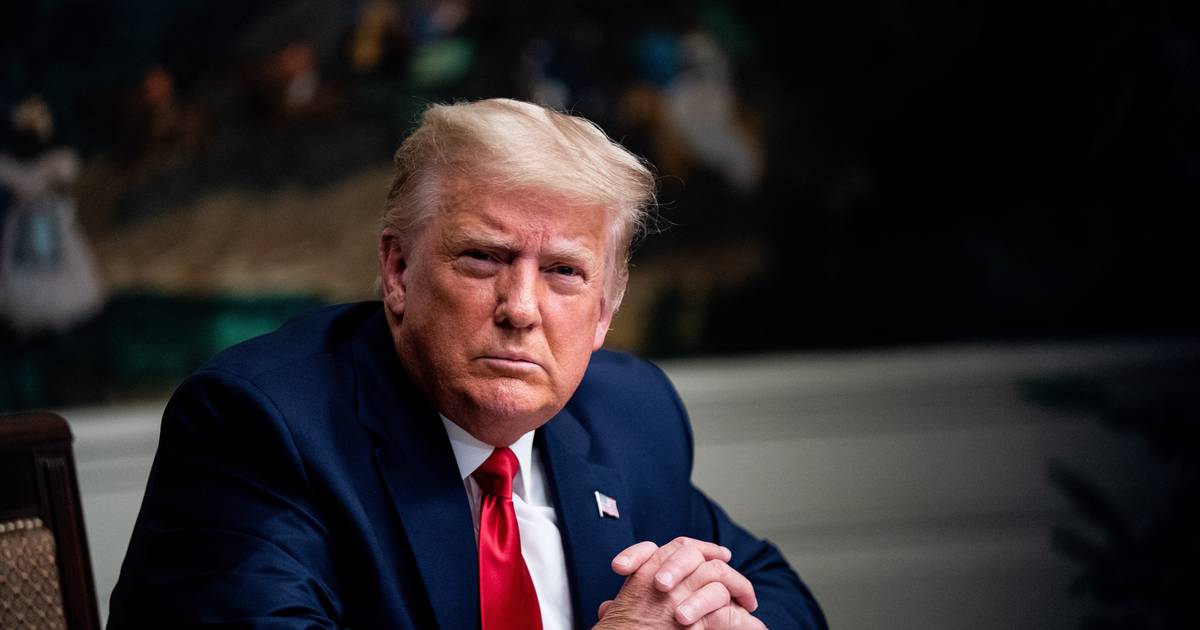 Former President Donald Trump gave a memorable speech at a wedding at his Florida resort on Saturday night. Not because of his kind words to the newlywed couple, but because of his grief over the situation on the border with Mexico and the policy of current US President Joe Biden. This can be seen on amateur photos obtained by the news site TMZ.

Trump was “ congratulated ” at his resort in Mar-a-Lago, Florida, during the wedding of John Arrigo and Megan Noderer. Arrigo is a Trump aide and longtime member of the Trump International Golf Club. Reason enough for the suit-wearing former president to take the floor and talk about world powers: “I just stopped the news and I’m getting all these reports, they tell me about the border, tell me about China, tell me about Iran,” Trump begins his incoherent speech.

We were ready to make a deal, they were ready to do anything, and they would do anything. And this man will drop the sanctions and then say that we want to negotiate now. Then Iran says it doesn’t want to do anything with us. ”By“ this guy, ”Trump means President Joe Biden, who wants to restore contact with Iran.

Moments later, Trump starts talking about the violations on the US border with Mexico: “What happens to the children, they live in misery, they live as if no one has ever seen before, there was nothing like that. It’s just a disaster. It will destroy the country and honestly you can’t. The state bears it, because you are talking about huge sums of money for schools and hospitals. “

Trump also spoke about the presidential election, which he said was unfair. For example, he was going to get “the most votes ever.” After two minutes of the monologue, Trump concluded by calling the couple “an amazing and beautiful couple.” He wishes everyone a lot of fun and receives thunderous applause.