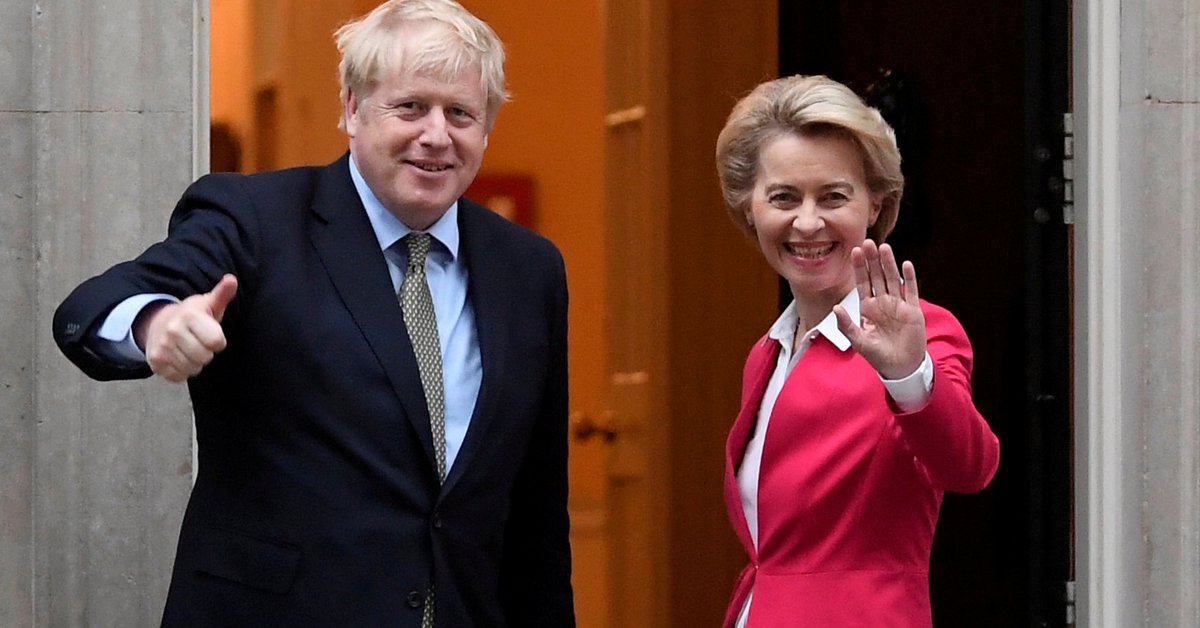 The United Kingdom and the European Union reached a post-Brexit trade agreement on Thursday That, a week after their final breakup, It will avoid sudden disruption with chaotic consequences for economies andHard hit by the epidemic.

“We signed the first free trade agreement on the basis of non-tariffs and quotas that were achieved with the European Union,” British government source congratulated. The news was announced at the same time by European sources in Brussels.

It is a “good, balanced and fair agreement”, European Commission president said Ursula von der Leyen. “We can finally put Brexit behind us and the European Union can move forward. ” Head of the European Executive added. Von der Leyen admits that getting the deal was “It is a long and winding road,” but “it was an agreement to be striven for.”

“We have regained control of our laws and our destiny,” Celebrated by the British Prime Minister Boris Johnson.

After a long night of negotiations in Brussels, the announcement of the historic agreement seemed imminent at dawn Thursday, however Last-minute problems with fishing quotas kept everyone nervous throughout the day, even leading to fear of failure.

“European unity and assertiveness pay off”The French President said Emmanuel MacronWhile the German Chancellor Angela Merkel She said she is confident that a good result has been reached. “

This announcement on the brink of Christmas Eve theoretically leaves enough time for the agreement to be approved by 27 member states of the European Union and could go into effect from 23:00 GMT on December 31.When the post-Brexit transition period ends.

This intricate text is full of technical details, Around 2,000 pages, according to British media, will still need approval by the European Parliament. This Thursday he celebrated the agreement despite his warning Which “will continue to work […] Before making a decision to approve or not approve next yearIts president, David Sassoli, announced.

British MPs from Westminster They will also have to ratify the agreement and must be required to cut short the Christmas holidays to return to the room early next week.

Thanks to the overwhelming parliamentary majority of Johnson’s conservative party, which won a year ago a promise to “implement Britain’s exit from the European Union,” andText guaranteed for UK approval.

It is not known when the European Parliament will meet by its side however The deal could enter into force temporarily without ratification pending his return in January.

In the last weeks of intense talks between London and Brussels there was regular speculation about the failure of these negotiations. Due to the major differences separating the two parties on key issues such as hunting rules and fair competition.

in the end, Fishing fleets in the European Union will have to give up a quarter of their current share in British waters over the next five and a half years. Thursday official said. After this transition period, access to the rich fishing grounds will be negotiated annually.

The coronavirus pandemic has clouded the talks, Exacerbated in the UK by the emergence of a new strain that is more transmissible than previous strains.

Large parts of the country, one of the hardest-hit areas in Europe where more than 69,000 people were killed, are now blocking again for the third time. The two-day closure of the French border caused huge trucks to jam near Port Dover, the main port on the English side of the English Channel, raising concerns about supplies just days before the holidays.

UK chaos and tension: Thousands of truck drivers stranded by Coronavirus demand to leave the country before Christmas