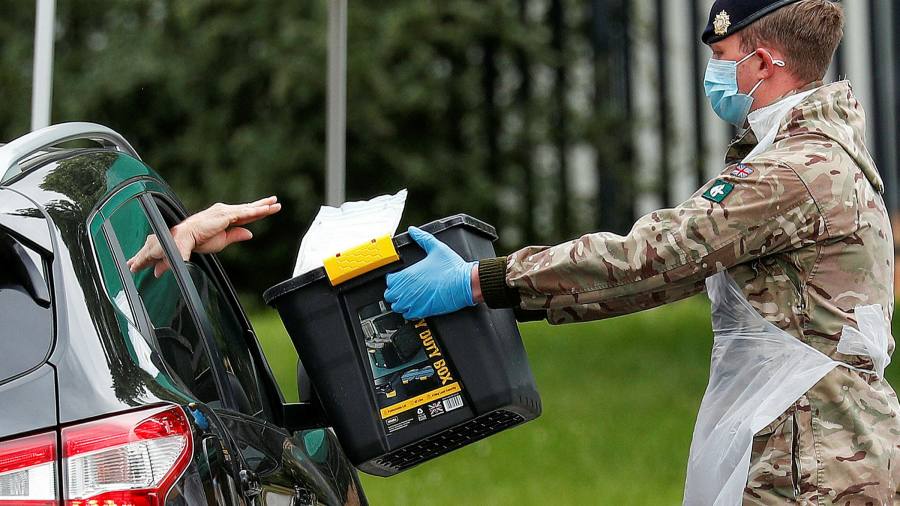 Government testing laboratories across the UK are facing a backlog of nearly 200,000 Covid-19 tests and should send some samples abroad to help reduce pressure on the system, amid growing concern over the lack of a robust testing and tracking program.

There were 185,000 tests backlog on Friday, according to Health and Welfare Department documents leaked to the Sunday Times, with some tests sent to Italy and Germany for processing.

“The technology is there, the testing is there, and they’re not using it,” said Kelly Cliva, co-founder of Testing For All, a nonprofit that conducts Covid-19 tests at affordable rates. “Test centers have tests, so the bottleneck is the laboratories themselves – the tests are directed to the wrong locations.”

Early in the pandemic, Boris Johnson promised he would present a testing strategy that would “outperform the world”, but this arm of the government’s response to the coronavirus has proven to be the most controversial.

Testing was widely halted early in the outbreak, partly due to a lack of capacity in government laboratories. After Matt Hancock, the health secretary, set a goal of 100,000 tests per day by the end of April, the government opened a network of so-called “beacon laboratories” to expand treatment.

But these labs are overwhelmed Setbacks And in recent weeks, they have found themselves unable to meet the growing demand from members of the public, who are increasingly eager for testing as they are encouraged to return to work and school.

The leaked government document shows that many laboratories across the UK are processing tests far below their stated capacity. He also noted that there is a big problem with “revoking” tests, as 4.3 percent of tests face this fate, mostly due to “leaked samples.”

The document also showed that three-quarters of the test results were not submitted within 24 hours – the stated goal of the government – and a quarter were not processed within 48 hours.

“The prime minister has to know how worried hundreds of families are – last week, they were sent all over the country and were told there were no tests,” he said. “It cannot be ignored. These are essential … the prime minister needs to take responsibility. 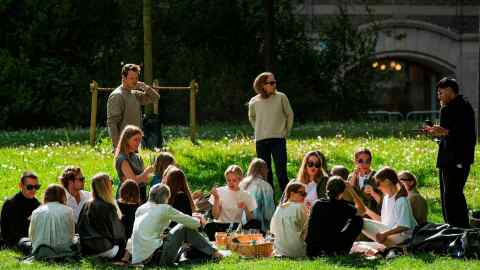 “We need an effective testing system but apart from the global hitting system we promised, the government can’t even get the basics right.”

He also hinted at mixed messages from government and testing officials about who was wrong with the backlog – a lack of laboratories or the public for not adhering to guidelines about when to order tests.

In a separate development, a survey conducted by the British Medical Association of more than 8,000 doctors showed that nearly nine out of ten believe that the second peak of the Coronavirus is “likely or very likely” in the next six months.

The doctors surveyed blamed the “failure” of the testing and tracking system, the lack of monitoring and adherence to infection control measures in public places and “confusing public health messages about physical spacing and covering the face.”

Chand Nagpole, chairman of BMA’s governing council, said the profession wanted, above all, to avoid going backstage in April “when hospitals were full of Covid-19 patients, and hundreds were dying every day.”

He said that the “disaster” of testing and tracking must be settled once and for all. “It is unacceptable that people and contacts of the infection are not identified due to a defect in the system – leading to the blind spread of the infection,” Dr. Nagbul warned.

The Department of Health and Welfare said: “The NHS Test and Trace is operational and our capacity is the highest ever but we are seeing a huge demand for testing including from people without symptoms and ineligible.

“New reservation boxes and home testing kits are provided daily to those who need them. We target testing capabilities in areas where they are most needed, including those where there is an outbreak, and prioritize groups at risk.”