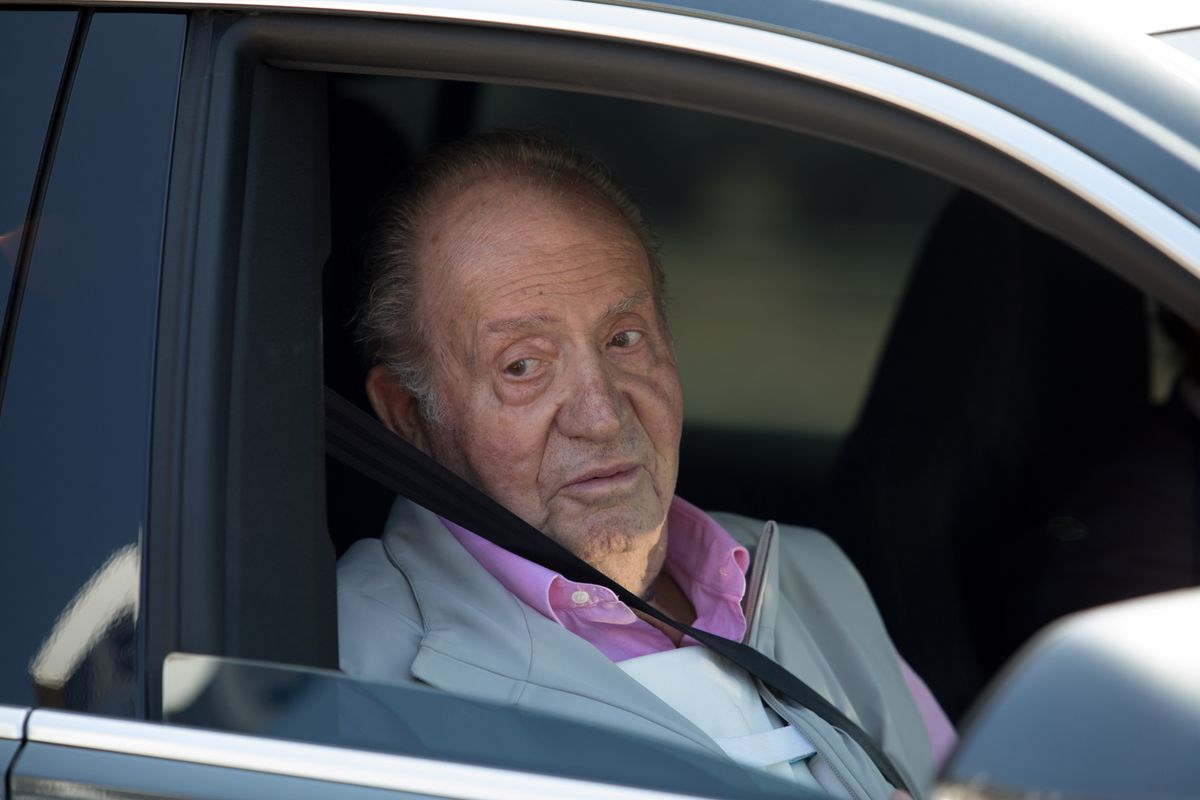 The main track of the unspoken fortune of the honorary king is in Switzerland, but was “donated” eight years ago to his ex-lover Corina Larsen. There is no evidence of other accounts or assets abroad for Juan Carlos I. Subject to settlement through Form 720 from the IRSAccording to Swiss and Spanish researchers. Since the summer of 2018, Yves Bertossa, the chief prosecutor in the canton of Geneva, has been investigating the 65 million euros that Juan Carlos I received in a Swiss bank, in August 2008, from the Saudi Finance Ministry as a donation from King Abdullah bin Abdulaziz, now deceased.

The Swiss Public Prosecutor’s Office suspects that these funds are the payment of a commission for the alleged mediation of the then head of state in granting the “Makkah Al-Mukarramah AVE” works that a consortium obtained from Spanish companies, but has not yet been able to prove it. Those investigated claimed that the work took place over a year after that Juan Carlos I received $ 65 million from Saudi Arabia.

Two years and five months after the discovery of Bertosa Lucum Panamanian Foundation and its hidden account in Mirabaud & Cie Bank, Juan Carlos I was not summoned to testify and was not among those investigated or witnesses who had secretly exhibited through the Public Prosecutor’s office on several occasions. Although the whole case revolved around that donation of 65 million, the attorney general did not want to take this step. According to Swiss judicial sources, this is also not expected to happen soon. Dante Cánonica, the director of the Lucum Foundation, who was questioned by Attorney General Bertosa about the account’s creation and movements, admitted that he was still in contact with the honorary king, and stated that he had never asked him if he was going to be called to testify before the prosecutor.

Sources close to the case confirm that in the past two years, and on several occasions, people close to Juan Carlos I in Geneva advised him not to travel to that city to visit his daughter Cristina, who is staying there with her children because they believed that Bartosa would benefit from her stay to contact you to testify. The warning came because the honorary king had expressed his desire to make the trip.

In June 2012 the then head of state signed with his handwriting A donation of 64.8 million euros to Corinna Larsen, Who transferred the funds to a subsidiary of Gonet & Cie Bank in the Bahamas tax haven. The money was transferred five years later to Larsen’s accounts at Fieldpoint Bank in New York and to accounts in the United Kingdom. With this wealth, the German consulting firm in England acquired ChyKnell Hall Estate, a luxury mansion for which it paid 6.7 million and placed in the name of an institution whose benefactor is his 18-year-old son Alexander.

Larsen, the account managers of the honorary king, Arturo Fasana and Dante Canonica, and Mirabao & C Bank, is under investigation by Bertosa for an alleged money laundering crime. Investigator Juan Carlos I announced to the Prosecutor that the “irrevocable” donation was “for love” and because the honorary king “was hoping to get me back”.

Nor was there any success in tracing the Larsen property purchased with Juan Carlos’s money. The consulting firm stated that the 3 million he transferred from his Mirabaud & Ciel bank account to buy two apartments in the Villars ski resort were “loans” already being returned. And a piece of land in Marrakech valued at about two million dollars, a gift from the King of Morocco, exclusively for her. Something similar happened in the investigation of a six million dollar apartment in Eton Square (London).

Bartosa investigated, without success, the transfer of the five million Larsen obtained from the government of Kuwait into his Mirabaud & Cie bank account. The Public Prosecutor confirmed in his writings that the money arrived weeks after Juan Carlos I visited that Arab country during an official trip. The consulting firm confirms that it pays for its services to bring European companies to the Gulf countries. Banking executives confirmed during the judicial investigation that the aforementioned payment was not guaranteed by any contract.

The Swiss Attorney General’s office is also investigating the Zagatka Foundation of Alvaro de Orleans, a distant cousin of the honorary king who has paid him for 11 years for flights in an eight million private jet company. Orleans testified as a witness and claimed to have set up the foundation to help Juan Carlos I and to continue his family’s tradition of supporting the Spanish monarchy. Zagatka reached 14 million and paid three on flights to Corinna Larsen, which she later returned.

In the event of the deaths of Orleans and his son, the third and fourth recipients of funds from the Juan Carlos I and Felipe VI Foundation were included. And as the fifths of Elena and Christina de Bourbon. Last June, this foundation modified its platforms and scrapped them all. Now her goal is exclusively to take care of the aforementioned family assets. Previously, it included helping the honorary king in gratitude for his services in favor of democracy in Spain.

READ  Seattle protesters: 2 women were injured in cars when the car was crowded, police said