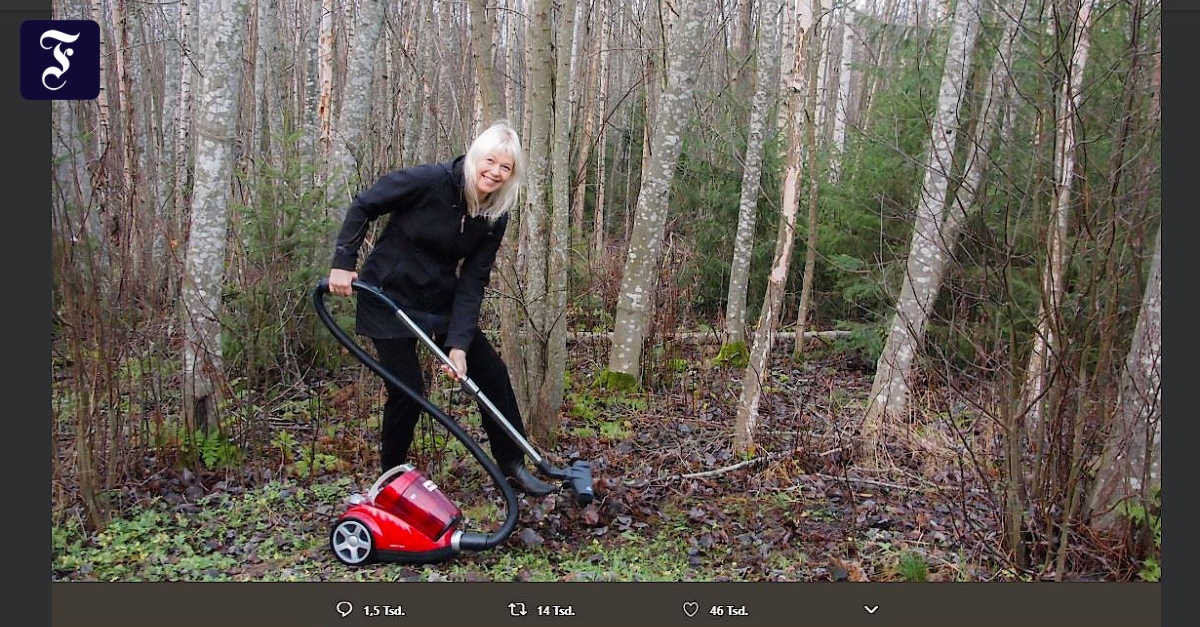 NAfter severe wildfires in California, the US president has researched the causes – and mocked it on Twitter. During a visit to the region hardest hit by the fires, Donald Trump said over the weekend that Finland had no problems with forest fires because people there had spent a lot of time “sweeping and clearing” the forest. Trump referred to a conversation with the Finnish president Sully Niinistö.

The Finnish newspaper, Elta Sanomat, quoted him, on Sunday, as saying that he had spoken to the US President about the Finnish system for preventing forest fires. But it wasn’t about bulldozing the forest floor.

Just a normal day in Finland …

For many Finns, Trump’s statement was a great way to poke fun at him on social media. On Twitter, for example, several Finns posted pictures showing them cutting down forest, with comments such as: “I do my best to prevent forest fires by splitting the garden behind my house.”

A Finnish woman vacuumed herself on the leaves and wrote: “Just a normal day in Finland.” Soon, thousands of users shared her tweet It was picked up by the online media.

Pictures have also been published showing children combing leaves – with comments such as: “In Finland, even young children light leaves” or: “Even Finnish preschoolers have to do this for hours every day.”

One user even described the rake as “Finland’s greatest diplomatic tool” – and created an interview collage showing Trump and the Finnish president meeting at the White House with the slogan “We help”.

Donald Trump said on Saturday during a visit to the Paradise area north of Sacramento, California, that the flows are a useful measure against wildfires. So far, more than 80 people have died in the fires, and more than a thousand are still missing at the weekend.

During his visit, Trump not only thanked rescue workers and promised state support. He also criticized responsible forestry authorities and cited Finland as a model for successful forest management.

“You have to take care of the soil, the forest soil. Very important. When you look at other countries and what they do differently, that’s another story.” For a Finnish Twitter user, these are simple: #Rakenews.