The Russian Foreign Ministry clarified its position on the US presence in Central Asia: Politics: World: Lenta.ru 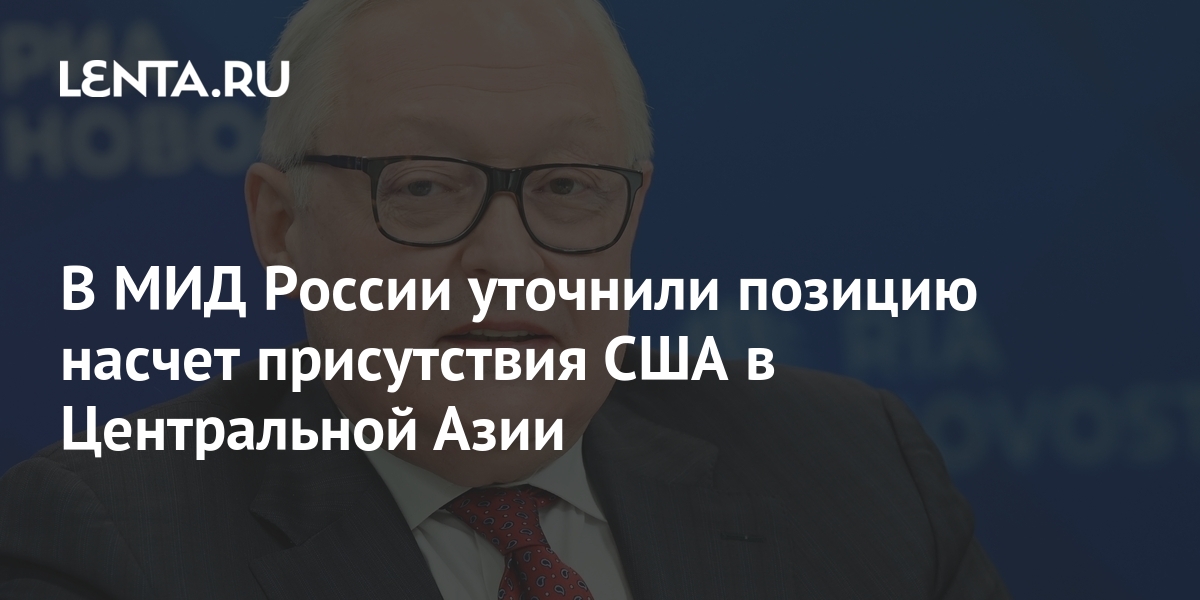 Russian Deputy Foreign Minister Sergei Ryabkov clarified Moscow’s position on the US presence in Central Asia against the background of the recent events in Afghanistan. He advertiser About this Wall Street Journal.

According to the deputy minister, recent events in Afghanistan have not changed Russia’s opinion that any form of US military presence in Central Asia is contrary to Moscow’s interests and does not contribute to the security of the region.

We do not see how any form of US military presence in Central Asia could enhance the security of the affected countries and/or their neighbours. It certainly would not be in Russia’s interest. Ryabkov said that this position has not changed against the background of what is happening in Afghanistan these days.

The publication also mentioned, referring to high-ranking officials of the two countries, that this topic was raised in talks between Russian President Vladimir Putin and US leader Joe Biden on June 16. “At a meeting in Geneva, Putin … told Biden that Moscow opposes any US military role in the Central Asian region, and that China will reject it as well,” the text reads.

On August 15, the Taliban entered Kabul and declared complete control of the territory of Afghanistan. They emphasized that they would soon agree to the establishment of the Islamic Emirate on Afghan soil and declare the rule of Islamic law. The interim administration of the country was taken over by a transitional council, which would have to ensure the transfer of leadership to the Taliban (Banned in the Russian Federation).