The powers in a strong message to Iran: “Signing within a month, otherwise there will be no agreement” 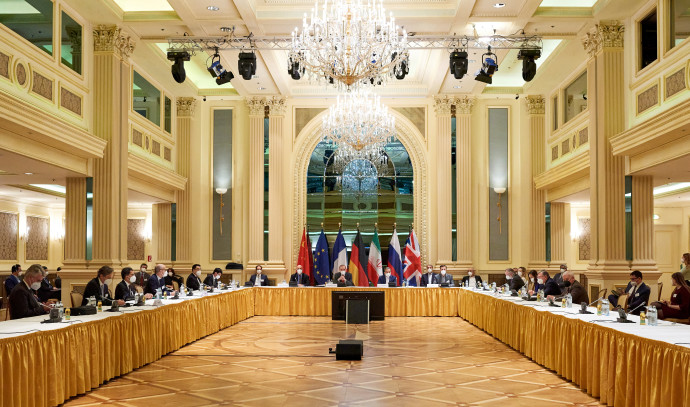 Western diplomats sent a strong message to Iran today (Tuesday), as nuclear talks resumed in Vienna. “If there is no agreement within four weeks, there will be no agreement at all,” diplomats said. Al-Arabiya newspaper reported that the Iranians reached the current round of talks very seriously, as they are looking for an agreement that would allow them to sell oil and lift sanctions on the Americans.

Meanwhile, Iranian Deputy Foreign Minister Ali Bagheri said that “the eighth round of negotiations in Vienna began with a meeting of the joint nuclear agreement committee, in which almost all parties confirmed the priority of lifting illegal sanctions.” He added, “The next topic is for the superpowers to provide guarantees so that the United States does not violate the agreement again or impose new sanctions on Iran.”

The headquarters of the nuclear talks with Iran in Vienna (Image: Reuters)

At the same time, Enrique Moreh, the European Union’s deputy foreign policy chief and head of talks with Iran, said, “We don’t have much time to reach an agreement, and we cannot set a timetable for an agreement.” Our success depends on making tough decisions in Washington and Tehran. “We are trying to reach a practical signature to restore the nuclear agreement, while the Iranians are seeking at the same time to lift the sanctions,” he added.

Iranian Foreign Minister Hossein Amir Abdollahian Back to the nuclear talks She said that Tehran does not see the positions of the three European powers, especially France, useful. He added that the US delegation sends informal proposals for talks and receives the necessary response. “We will not agree to give us one point for ten from our side,” Abdullahian said. “They are concerned about the progress of the nuclear program. We say they should address all elements of the agreement, especially sanctions.”

See also  The new Coronavirus strain is weighing on morale