The only right angle to the Swiss Alps 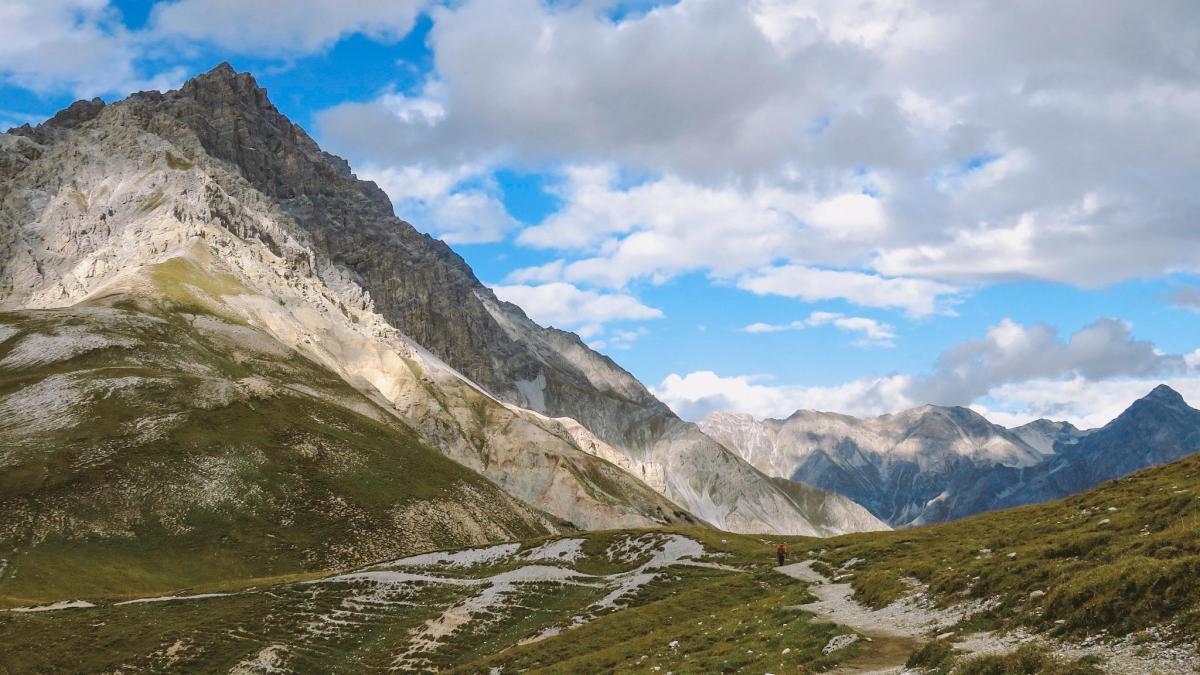 Thinking of the Alps means thinking of Switzerland and vice versa. Those who love mountains dream of enjoying the vistas of rural Heidi in our bodies and perfecting the landscape, stripping them of any trace of civilization, even though the reality does not quite live up to our expectations.

The Alpine country was able to exploit the tourist attractions of its mountains, as evidenced by the iron and concrete structures that adorn the slopes of some important valleys. Hotels, restaurants, gondolas and trains who intend to bring a little piece of this paradise to the millions of tourists who visit it every year.

But don’t spread panic. We have preserved the nostalgia of a protected space where there is no place for a human hand and the environment seems to have froze in time. We are talking about the Swiss National Park.

In the canton of Grisons and touching the border with Italy, this protected natural area of ​​170 square kilometers forms the only national park in Switzerland and the oldest in the Alps. In 1979, it was designated a biosphere reserve by UNESCO, and today it can be said that it is not one of the main tourist destinations in the country as only about 120,000 people visit it annually.

A visitor who decides to put this park on his travel itinerary should know that among the strict rules of use are the prohibitions on leaving designated paths, camping, making fires, bringing dogs, picking stones or flowers.

On the way to Zernez, the main gateway to the park, we can stop at Sils im Engadin, a small municipality where the house in which Nietzsche lived is preserved and which has a beautiful library with unparalleled views of Lake Silsersee and the forested peninsula of Chaste.

We wouldn’t say that it’s not tempting to stay here, among white houses decorated with colorful flowers and the terraces of local cafes and chocolate shops, but we promise that the extra ten kilometers of the road is worth it.

A hundred years of preservation goes a long way (or very little depending on how you look at it) and this has allowed animals and plants to evolve freely, as well as giving scientists the possibility to study each change in detail, as if it were a large laboratory.

Everything here is part of the natural course of life, from blooms to avalanches and rockslides.

Animals are the sole owners of space and people are nothing more than bystanders of their daily lives. That is why one of the attractions of the park is to observe wildlife: from deer, chamois and badgers to golden eagles and even bearded eagles. There are also signs for rest and sight, and it is not possible to stop anywhere on the road, so it is easy to find families who come to these points and draw their binoculars, telescopes and snacks with the intent of spending the day simply looking for animals among the rocks and enjoying seeing them from a distance.

The best routes inside the national park

In front of us are 80 kilometers of trails of different levels of difficulty that allow us to explore the most important points of the national park. Since there is only one shelter, it is difficult to make a trip that takes several days, so it is normal to stay in one of the hotels in the area and from there you can take day trips.

For travelers visiting as a family, one of the easiest and educationally organized is the Champlönch Trail, a two-hour interactive tour that explains to young and old the characteristics of the animals in the area and how their environment is formed.

If we’re feeling more adventurous, but time is short, the road to Val Menger is a wonderful aperitif for the vastness and ruggedness of the landscape. It is a journey of about four hours that takes us through a valley with an eventful history. From the mining district (hence the name Val Mingèr – Valley of the Miners) to the story of Switzerland’s last wild bear, hunted here in 1904. In addition to good deer and chamois viewing opportunities, the hike offers a beautiful view of Sur-Ile Vos.

We add a little difficulty and head to Munt la Schera, an atypical steppe landscape with beautiful views of the neighboring Italian Stelvio National Park. The path leads to the Val Müstair Biosphere Natural Park and delights geologists because the base we’re walking on contains the remains of the giants that inhabited the area thousands of years ago: the glaciers. Highlights are the old mining tunnels above Bavalora, the ground currents at Mont Chavajl, or the view from Mont la Chera. In addition, especially in early summer, there is a wonderful variety of alpine flowers, including edelweiss.

For mountaineers, we reserve the only accessible summit in the entire national park. We are talking about Piz Quattervals, a summit that rises 3,165 meters above sea level and can only be climbed from Val Cluozza through the Valletta side valley, always on the alert for rockslides and accompanies us with a really good map that the path is sometimes lost. From 2500m onwards, caribou can accompany us on the way, which is very common in the rocky upper alpine regions.

Finally, one of the most popular is the road that leads to Macon Lakes, located at an altitude of 2500 meters. It’s a demanding excursion as it dodges a positive difference of about 1,800 metres, but the views of the ice rink formed by these 23 lakes are a great bonus. Furthermore, it is the only site in Switzerland where the pygmy ranunculus, a plant species typical of the Arctic, has been found.

When do you visit the park?

The Alps are an ideal destination at any time of the year, but unfortunately for lovers of winter adventures, the national park allows visitors only between the end of May and October, the opening of the roads is conditional on their good condition, as well as it is best to visit between July and the beginning of October. Those lucky enough to travel in September will enjoy the shriek of deer, which is one of the landscapes that attracts most visitors and is well worth enjoying in an environment like this.