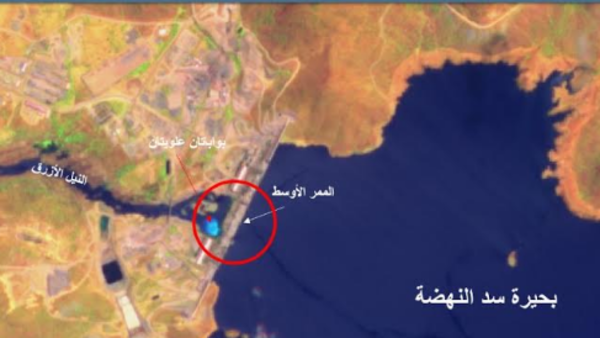 During the past hours, the Egyptian capital has witnessed extended private meetings The issue of the Renaissance DamWhere President Abdel Fattah Al-Sisi met with Jeffrey Feltman, the US special envoy to the Horn of Africa, on Wednesday, to discuss the developments of the dam file.

Feltman stressed that the US administration is serious about solving this sensitive issue, given the great importance it represents to Egypt and the region, which requires reaching a just and comprehensive settlement, while Sisi stressed Egypt’s flexible approach to dealing with this issue over the past years in various negotiation tracks, which As long as it is based on striving to reach a fair, balanced and legally binding agreement It serves the interests of Egypt, Sudan and EthiopiaIt takes into account Egypt’s rights and interests and its water security and prevents harm to it, explaining that all the efforts made during the negotiation process did not reach the desired agreement due to the absence of political will on the other side.

A recent photo of the Ethiopian Renaissance Dam

In the same context, Sameh Shoukry, Minister of Foreign Affairs and Dr. Mohamed Abdel Aty, Minister of Water Resources and Irrigation, met the American envoy, and they reviewed the path of the dam file since Ethiopia began building it, without consulting with the two downstream countries and ending with the ongoing negotiations on the filling and operating rules, which were not successful because of Addis’ intransigence. Ababa and her rejection of all the technical proposals, on the filling and operating rules, which Egypt presented during the negotiations or which were prepared by international mediators and accepted by Egypt, including the agreement that the negotiations that took place under the auspices of the United States ended.

But what is the situation now at the dam? And to What is the extent of the construction that Ethiopia is undertaking in building and ramping the Middle Corridor? From him in preparation for the start of the second filling? Is what it is currently doing enough to store the required amount that it announced, which is 13.5 billion cubic meters in addition to the 5 billion cubic meters that have been stored since last year?

According to the last satellite image, taken until yesterday evening, the construction that is currently taking place at the dam is not sufficient to store the specified amount, which is 13.5 billion cubic meters, as Ethiopia is draining and raising the middle corridor in preparation for storage.

The Egyptian expert, Dr. Abbas Sharaqi, reveals to Al-Arabiya.net that the rate of achievement is at The middle lane ramp is very slow This increases the possibility that the two low turbines that Ethiopia installed on the dam are not ready, and therefore this confirms and also supports the inability to fully implement the second storage in the amount of 13.5 billion cubic meters, adding that in light of this situation, Ethiopia will not be able to fully top the middle corridor, and what Its implementation can only be sufficient to store several billion water, amounting to 3 or 4 billion cubic meters of water, which achieves Ethiopia’s goal of the second filling based on political reasons, not technical.

He said that what Ethiopia is doing is sufficient to achieve the government’s political goal in front of the people to obtain the required support in the upcoming elections, and only support Prime Minister Abi Ahmed, adding that the current situation in the dam does not allow any storage, but it is expected that the corridor will be raised and raised somewhat in the coming weeks. And even if it is raised and raised, it will not be completed to accommodate 13.5 billion cubic meters due to lack of time before entering the flood season, but it can be raised to accommodate only 4 billion, which is not sufficient to operate the two turbines in the dam to generate electricity throughout the year, but sufficient to operate them for several months.

The Egyptian expert concludes that the current situation at the dam confirms that Ethiopia is exploiting the matter and escalating its rhetoric and intransigence for political reasons only, and because of the elections, stressing that it is difficult to store this year, and if it does so after the middle path is elevated, it will not be able to store only 4 billion only.