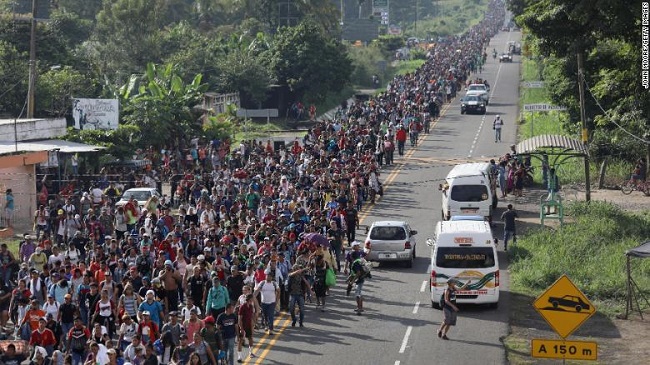 The convoy of more than 6,000 immigrants from Honduras, their final destination is the United States, arrived in Guatemala last night, after breaking a police wall.

Most of the convoy entered Guatemalan territory Friday night from the El Florido border, in the state of Chicimula, according to Guatemalan teleSUR correspondent Santiago Patton on his Twitter account.

He explained that the migrants managed to break down a police fence at the El Florido customs office, Copan, Honduras. Whereas at other points, like Agua Caliente, the situation was normal.

Previously, small groups of Hondurans managed to enter Guatemalan territory, while members of the Guatemalan Catholic Church helped Hondurans on the border of El Florido.

Last Wednesday, more than 6,000 people, who make up the first convoy of 2021, left San Pedro Sula in Honduras for the United States as the final destination.

Immigration authorities in Honduras, Guatemala and Mexico have warned that they will not allow entry to people who move irregularly.