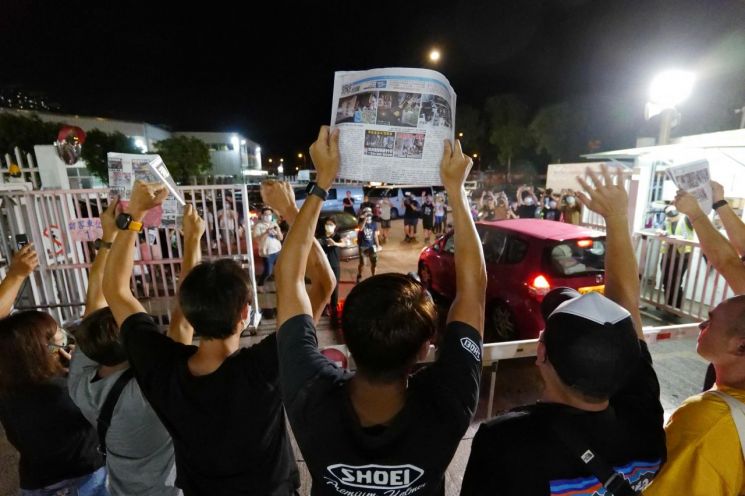 Recognizing “the liberation of Hong Kong, the revolution of the times” as agitation for independence

Tung was charged and handed over to trial for driving a flag-motorcycle with the slogan “Free Hong Kong, Revolution of the Age” on July 1 last year, the actual date of enforcement of Hong Kong’s security law, and rushing. In three police officers.

The main charge was that he had violated Hong Kong Security Law by committing terrorism and inciting separatism and independence, and the charge of reckless driving was applied as the preliminary indictment.

That day, the court convicted him of terrorism and separatism, but did not rule on the charge of reckless driving.

In its ruling, the court said: “Mr. Tong knew that the emblem on the flag meant separation and independence.” A sentence is expected at a later time and she could go to life in prison.

Tong’s side pleaded not guilty at trial. Tung’s lawyer argued that he did not incite segregation and independence simply because he used the slogan “Free Hong Kong, revolution of the times,” and argued that there was no basis for ruling that his act was intentional because he tried not to hit police officers. With a motorbike.

Mr. Tong was not subject to a jury trial, unlike in normal cases. This is because the Hong Kong authorities decided not to participate in a jury in Tung’s trial under Section 46 of the Hong Kong Security Act, which allows trial without a jury when national security is threatened or foreign forces intervene.

So far, more than 60 people have been charged with violating Hong Kong’s security law, including Jimmy Lai, owner of the anti-China newspaper Bingo Daily, which was suspended last month.