The European Union supported the decision of the leader of Poland to ban the scandalous law on the media: Politics: World: Lenta.ru 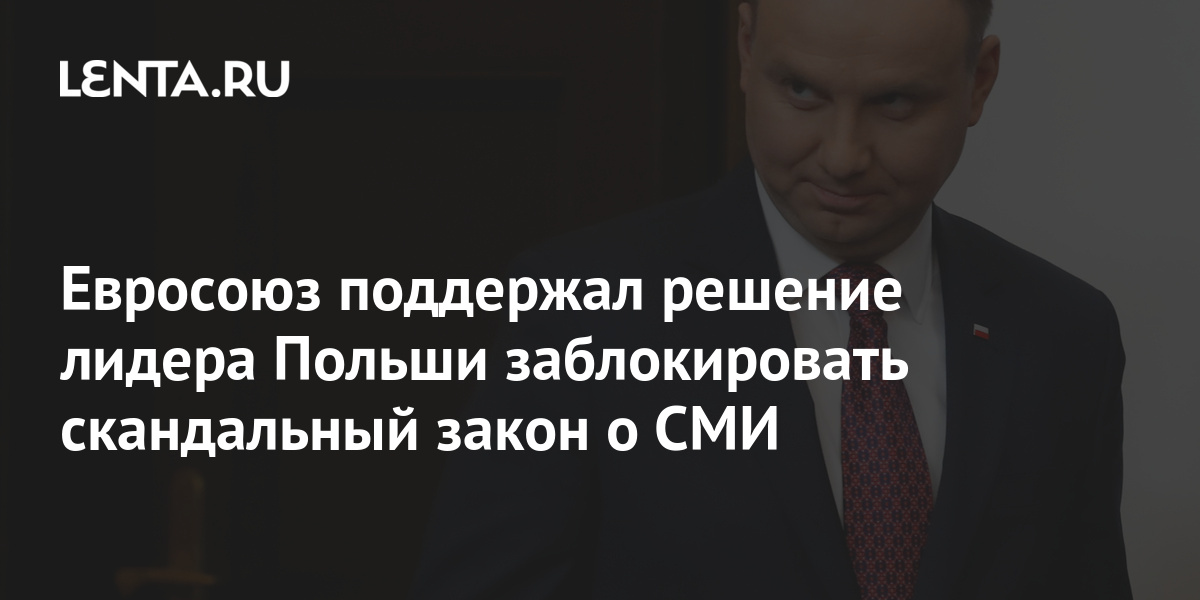 European Commission Vice President Vera Jorova has backed the Polish leader’s decision to block a bill restricting foreign capital’s participation in television and radio companies. I announced this in it Twitter-the account.

I welcome President Duda’s statement that he vetoed this law. She said about the European Union’s veto of the controversial bill.

Earlier on Monday, December 27, the Polish leader vetoed the controversial law and sent it to the Diet for further consideration, since, in his opinion, the country would be harmed by the conflict that might arise if it was approved.

This law sparked a wave of protests across the country. According to the Polish opposition, the law is an infringement on media freedom in order to stop the activities of the TV channel, which the country’s authorities object to.

December 22 become knownThe European Commission is in the process of launching legal action against Poland for violating EU laws amid a row over the Warsaw Decision on the supremacy of the national constitution over European law. Thus, the commission expressed doubts about the independence and impartiality of the Polish Constitutional Court.