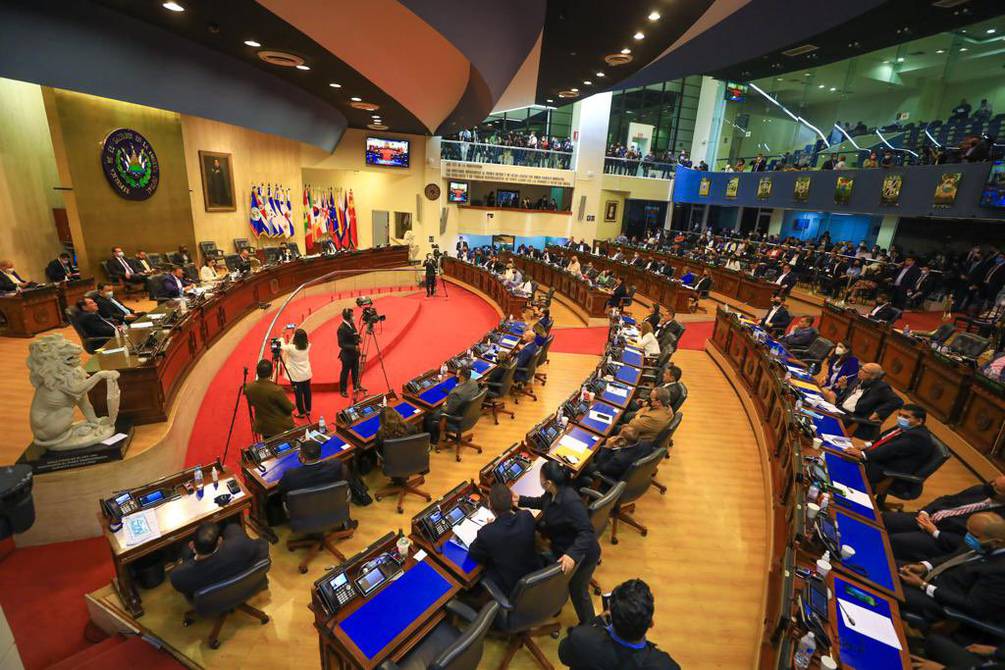 El Salvador’s new Legislative Assembly took office on Saturday and sacked the judges that make up the Constitutional Chamber of the Supreme Court.

In El Salvador, the Legislative Assembly, with a pro-government majority, dismissed the property judges and alternate judges at the Supreme Court of Justice on Saturday for allegedly “forgetting the constitution” and violating the separation of powers.

The impeachment, which leaves the judiciary incomplete and without a president, was approved by 64 votes from 84 deputies, all from the ruling party.

It was voted by New Ideas (NI), the Great Alliance for National Unity (GANA), the Christian Democratic Party (PDC), and the National Accord Party (PCN).

The President of the Assembly, Ernesto Castro, announced that “the decree of dismissal of the judges was approved, by a majority of 64 votes against 19 against it and one absence.” The decision removes the five members of the Constitutional Chamber and their alternates from their posts. Parliament will immediately appoint their replacement.

The decree of dismissal of the owner and substitute judges was approved in Embed a Tweet. With 64 votes in favor to 19 against it, the deputies relied on Article 186 of the Constitution that supports the appointment and dismissal of judges. pic.twitter.com/9i0WQ3dZl9

The director of Human Rights Watch in the Americas, Jose Miguel Vivanco, accused Salvadoran President Neb Bukele of trying to “concentrate power” on Saturday, after learning that the Legislative Assembly had recognized an initiative to dismiss the judges. From the Constitutional Chamber of the Supreme Court of Justice (CSJ). (I)