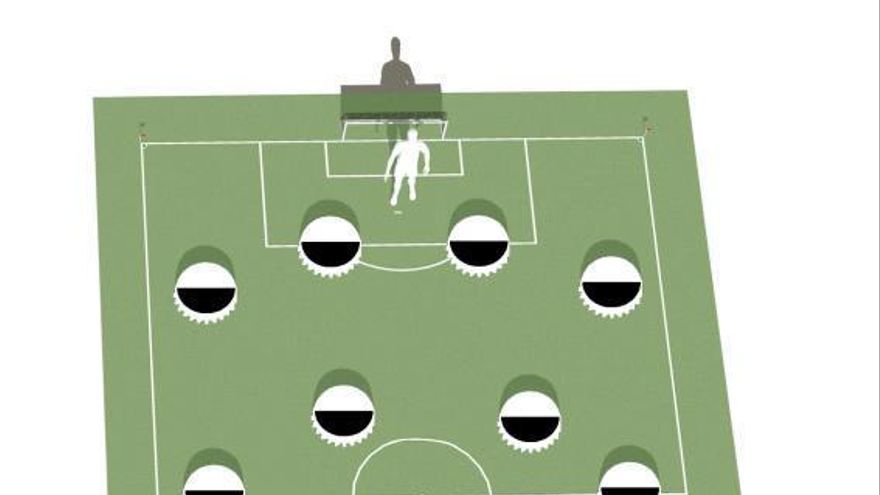 The Spanish national team faces the quarter-finals against Switzerland at the highest point in the roller coaster and soccer tournament to be held in this European Championship for Luis Enrique’s pupils. La Roja faces a golden opportunity to confirm its upward trend and hit the table by reaching the semi-finals. They will face a major obstacle, as the team led by Vladimir Petkovic toppled France – the top favorites to win the tournament – and show their credentials to the entire ancient continent.

After a questionable start to a draw, and after going through a nebula of criticism sponsored by the national team’s problems to divert their chances at risk, the team is now living in a state of maximum confidence in front of goal thanks to the ten goals it scored. In the last two games.

With the bottle opening at the top scorer, Luis Enrique’s side will try to be a solvent team on the defensive and avoid the disconnection they experienced against Croatia, especially considering that Switzerland is a team that showed not to give up until the last minute and are able to turn a lost game even for the current world champion. The team was severely delayed for 80 minutes, of which Jose Luis Gaya played 77 minutes. The Valencia winger was at a very high level, he took part in the first goal and closed his entire squad, gaining the confidence of the coach who is considering realigning him and considering him at the same level as Jordi Alba.

The development of the Spanish team, beyond the confidence that the goals give, was caused by a step in front of some players such as Aymeric Laporte, Pedri, Pablo Sarabia, Ferran Torres or Alvaro Morata. And at the center of it all is Sergio Busquets, the long-awaited Luis Enrique who now points out the differences in the wide field of play, contributing to the clairvoyance and rhythm of the ball. Capacity and dynamism will be key factors in trying to break up a well-grouped Switzerland.

Behind the hype his crush against France made hides a project that comes from much further afield. Since 2014, Petkovic has led an impressive generation of footballers with the most diverse origins due to immigration flows from the former Yugoslav republics as well as from various African countries.

Freed from the pressure of already achieving a historic classification to the quarter-finals, the Swiss national team could become a more dangerous contender for Spanish interests. Despite the fact that its strength lies in the block, the Central European team has a series of pillars including goalkeeper Jan Sommer, central defender Nico Elvedi, midfielder Xherdan Shaqiri and striker Brill Embolo, who have reached an outstanding level. Maturity level and records are very extensive. In addition, winger Stephen Zuber revealed with four assists. In the middle of the field they will lose their school, Xhaka.

Yesterday, the Spanish national team finished its last official training session before the quarter-finals of the European Championship against Switzerland, at Petrovsky Stadium. The 24 international players took part in a giant rondo in the midfield under coach Luis Enrique.

See also  The US Vice President and the President of Guatemala on immigration: the White House

The atmosphere was relaxed, although Luis Enrique warned in a press conference that tomorrow’s rival, Switzerland, would be a very difficult team to beat.

Laughter and jokes were the norm during the fifteen-minute session open to the press. The person who lost the ball was the target of his teammates’ jokes on a stadium built in Soviet times with a running track.

However, unlike the Helvetians, Luis Enrique’s pupils never got close to the troupe, as the pictures and television cameras were. The quarter-final match will begin tomorrow at 7:00 PM local time, 9:00 PM in Spain.