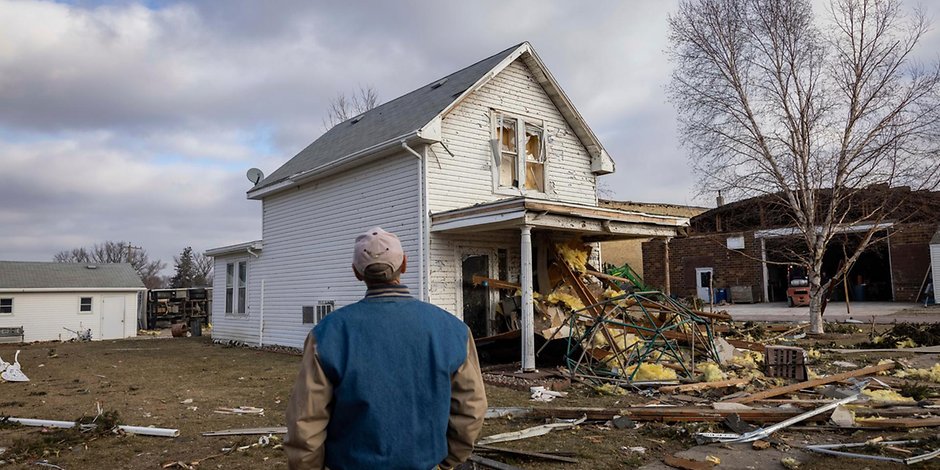 A few days after deadly tornadoes in the US, storms are back in havoc again. Unusually strong winds caused severe damage in some parts of the country. According to media reports, many people were killed. Hurricane-force winds swept the Midwest and the United States east of the Rocky Mountains, and tornadoes were also reported. The storm system moved to Canada on Thursday.

Some areas experienced sandstorms, highways were closed, homes were destroyed or damaged and wildfires erupted. Local radio station KSNT in Kansas reported that at least three people were killed in car accidents allegedly caused by the storm. The National Weather Service had earlier warned of strong winds in the region. “It’s not something we see very often. It’s really, very rare,” says meteorologist Brian Bargenbruch.

Tornado in the USA: More than 70 dead in Kentucky

Just over the weekend, devastating tornadoes killed dozens of people in the southeastern United States — and Kentucky was hit particularly hard. The United States has recently been hit by a number of natural disasters. This year there have already been many storms, floods and wildfires. US President Joe Biden sees this as a result of climate change. (dpa)

See also  US wildfires: tens of thousands forced to flee the flames