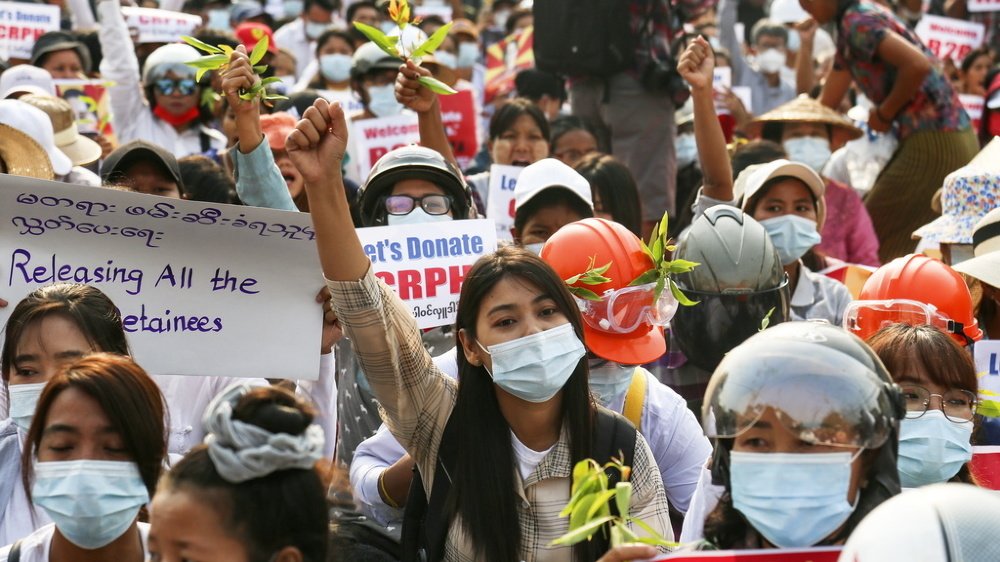 After the United States, the United Kingdom or the European Union, Switzerland decided to punish those responsible for the coup in Burma. Eleven people were targeted.

This decision comes two months after the Military Council toppled the government. Since then, the country has faced a deadly crackdown on opponents of the coup.

A spokesperson for the State Secretariat for Economic Affairs (SECO) told Keystone-ATS on Thursday that the bloc supports the sanctions approved by the European Union last week. Armed Forces Commander-in-Chief Min Aung, along with nine senior Armed Forces officers and the head of the Election Commission, were targeted. These people can no longer travel to Switzerland and their potential assets have been frozen.

At least 107 people, including seven children, were killed on Saturday in the crackdown on protests across Burma, according to the United Nations. Since the February 1 coup, more than 500 civilians have been killed, according to the Association for the Assistance of Political Prisoners.

UN envoy Christine Schraner Burgener said on Wednesday that Burma faces “unprecedented” risks of “civil war”. The Swiss called on the Security Council to use “all means” to avoid a “catastrophe” and a “bloodbath”.