Sudan.. These are the most prominent provisions of the political agreement for the return of Hamdok 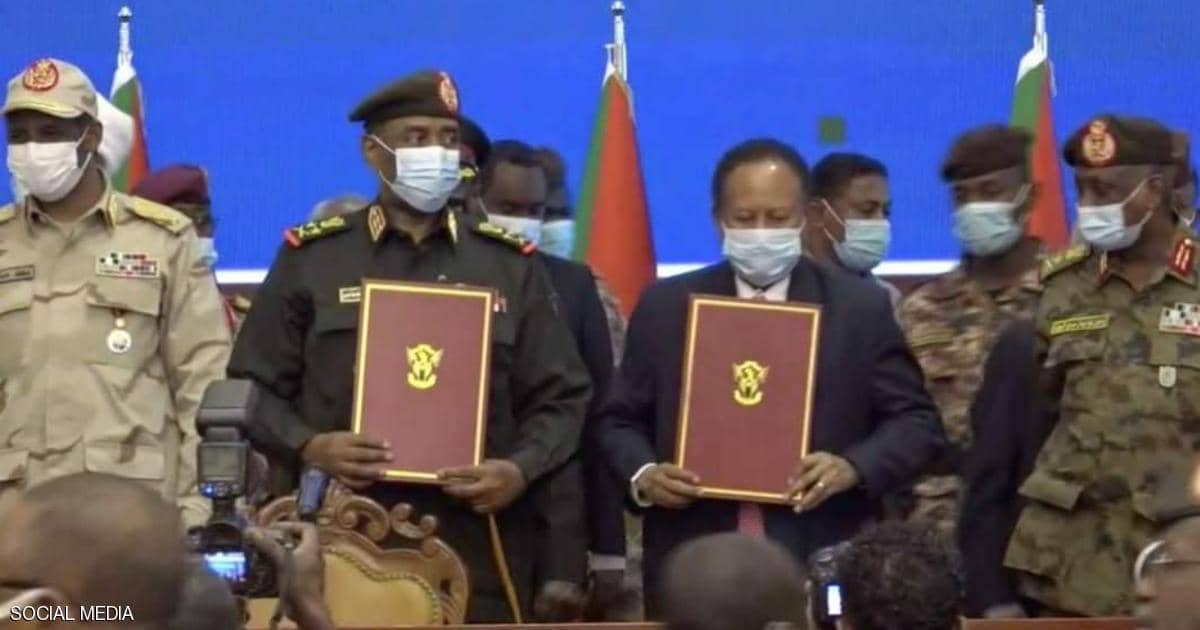 The signing of the agreement comes in light of widespread tension and protests in the country Sudanese street The decisions of the Army Commander to dissolve the Cabinet and the Sovereignty Council and declare a state of emergency, before he appoints himself as the head of the new Sovereign Council.

The agreement emphasized that Constitutional Document For the year 2019, the 2020 Amendment is the main reference for completing the transitional period, taking into account the special situation of eastern Sudan, and working together to address it within a national framework that ensures stability in a way that satisfies the people of the east of the country who reject the path of the region included in the Sudanese peace agreement signed in Juba in October 2020.

The agreement indicated that the existing transitional partnership between civilians and the military is the guarantor and way to the stability and security of Sudan. Accordingly, they agreed to implement the partnership in a spirit and confidence with full commitment to the formation of a civilian government of national competencies.

Among the other items included in the agreement are the release of all political detainees and the administration of the transitional period according to a political declaration that defines the framework for partnership between the national forces (political and civil), the military component, the civil administrations, the resistance committees, the forces of the living revolution, the youth and women sectors, and the men of Sufism.

The two parties to the agreement pledged to implement the Juba Peace Agreement, complete the entitlements arising from it, and annex the non-signatories to it.

The agreement included a clause stipulating the building of a unified national army, investigation of the events that took place during the demonstrations, including injuries and deaths of civilians and soldiers, and bringing the perpetrators to trial.

The terms of the agreement included; Expedite the completion of all transitional and justice institutions, by forming the Legislative Council and the Constitutional Court, and appointing the Chief of the Judiciary and the Attorney General, successively to form commissions and other transitional institutions, and to carry out their tasks immediately according to specific timetables.

regarding the committee to dismantle the Brotherhood regime; The agreement confirmed that it will be restructured, taking into account its performance in the previous period, and providing it with qualified cadres in the specialties and crisis expertise that will enable it to perform its work in a prompt and fair manner, with the activation of the Appeals Committee and the review of its decisions in accordance with the legally established degrees of litigation.