Small notes – Russia’s hoax broke out, but it is underestimated 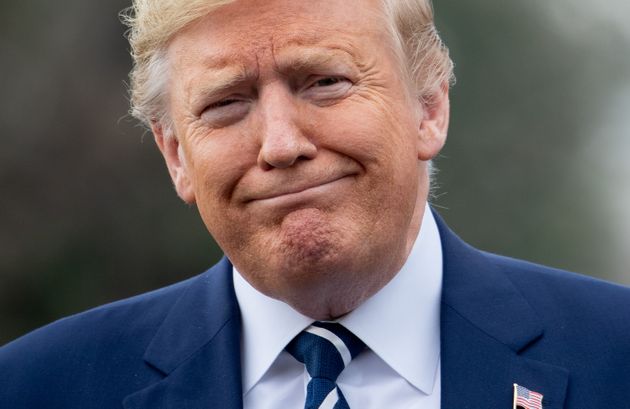 Few will remember Russiagate, because information is now accustomed to synchronous timing, made of news that has been blasted into the global village and then quickly shredded and archived as a thing of the past.

However, the history of the Russians must be re-trace because it held such a decisive weight in modern history, that it radically changed it. The story is simple: at the beginning of Trump’s term, the US president was flagged with a very violent attack, carried out by the famous Steele file, which exposed the laundry Between Trump and Russia.

A coil smells of poisoned meatballs a mile away, as we wrote from the first hour, but does nothing: it was then used to bury Trump and so it was used.

Steele’s discoveries helped revive and give substance to Russiagate, when that initial scandal, which wanted Trump to profit from helping the Russians win the election, is now waning.

It was used obsessively, like a club, to beat up the President of the United States, and became the subject of petty ideas and equally inaccurate opinions, which nonetheless raged for months in the mainstream media, leading to a decisive final presidential campaign, coming together to the pandemic crisis.

A federal judge has now shed light on the document, revealing that the source who allowed former British spy Christopher Steele to prepare the file was not an American businessman dealing with Moscow, but a hacker, such as Igor Danchenko, a Russian-American analyst and researcher, was recently arrested.

Arrest came after it was discovered danchenko She lied to the FBI about the sources from which she got the news, and other sources that Steele consulted confirmed as unreliable.

Not just a slap. We report what Washington Post: “Steel dossier consisting of raw information and unconfirmed suggestions from anonymous sources, produced as part of an opposition political research project on behalf of an investigative firm working for Hillary Clinton’s 2016 presidential campaign.”

So the investigation could reserve more surprises, given that it was clearly a political maneuver carried out by Trump’s opponent. But the arrest of Danchenko is one thing, one thing is the indictment of Steele himself (who apparently took credit for the information received) and even some powerful people close to Clinton, who remain untouchable at the moment.

But beyond the developments, it is interesting how the mainstream media, starting with the Washington Post and The New York Times, downplay what they know came to light, and reserve some marginal articles for the unexpected development.

More frankly, Wp decided to rewrite the articles of that time, partially correcting the narrative, while currently He simply wondered how the reporters, in absolute good faith, could have taken such a trick forever.

The point is that they certainly cannot admit that these reporters weren’t bona fide at all, also because they are not simple articles, but a real press campaign in which almost the entire editorial staff, starting with the owners and directors, took part. I decided to use this file as the news of the day for several months, although it had to be repeated, so that even a novice of information would have realized it was fake.

The situation is no different for our local media, which certainly did not have specific interests in the story, but suffer from certain circumstances: If the story is presented by the New York Times or the Wp, it is true, a dead stop, and we adapt. . Especially if this news is contrary to some personalities that the mainstream does not like.

This is the press that has been doing its best lately in a manic campaign to combat fake news….

Whatever happens, Steele’s file will go down in history as Saddam Hussein’s infamous “weapons of mass destruction.” As with the hoax of the time, none of the reporters who uploaded the file would do him any harm, and indeed, their adaptable pen has remained and will remain available to those who wish to influence it.

note. Axios Title: “The Historic Failure of the Media”. We read in the note: “It is one of the most egregious journalistic mistakes in modern history, and the media’s reaction to its mistakes has so far been tepid.”