Should you terminate WhatsApp messages to protect your privacy? 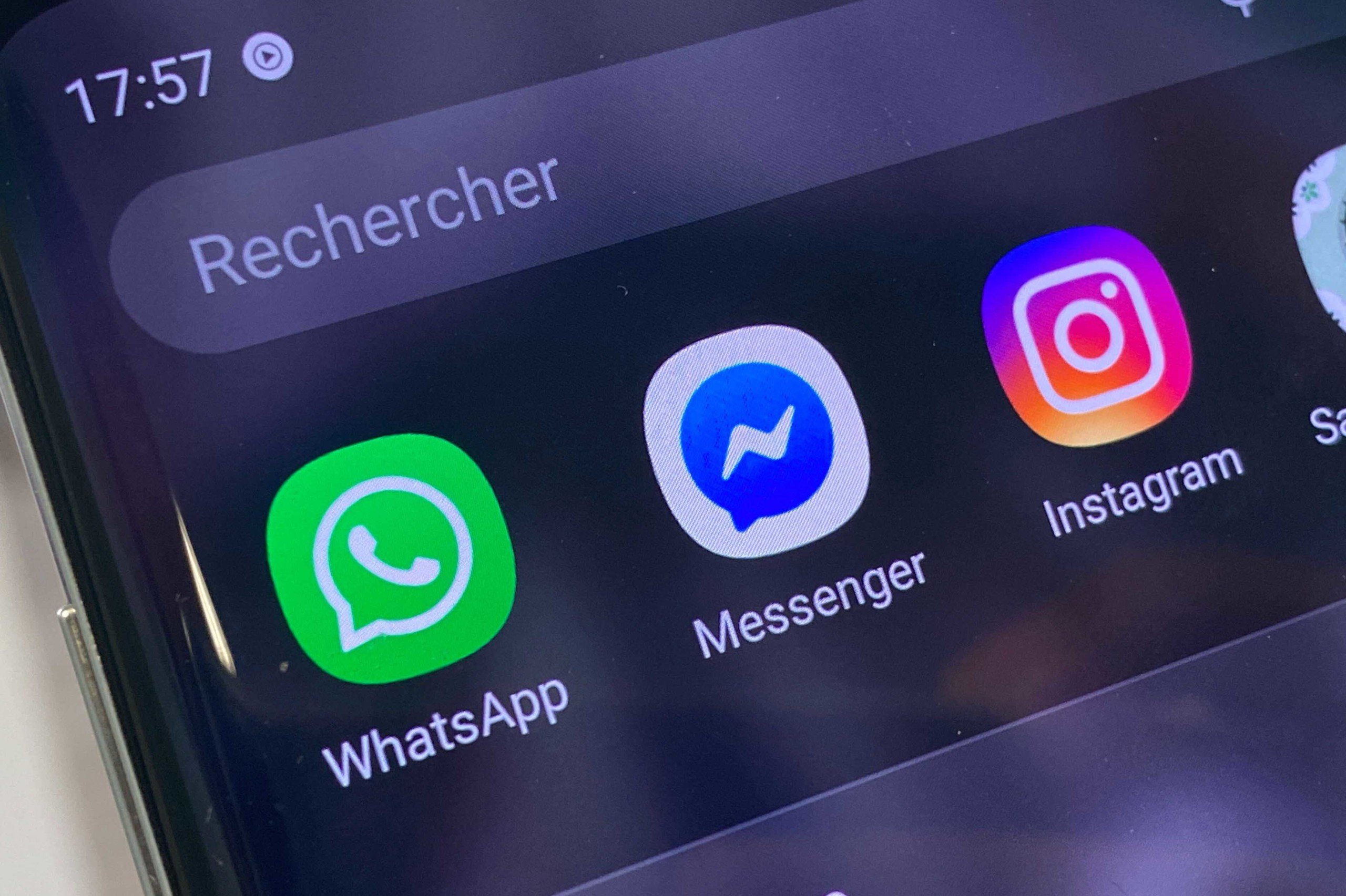 The social network caused an uproar last week when it announced that it was changing its terms of use, and now it shares more information with its parent company, Facebook. The first mass migration of WhatsApp users to another platform, Signal, has already begun. Should we follow their path? Decoding.

Leave The WhatsAppYes, but where do I go? Controversy over the confidentiality of private data used by the application, acquired by The social networking site Facebook In 2014, he returned to center stage a week earlier. The social network announced that it will amend its terms of use on February 8th. It even threatens to close the accounts of users who refuse to do so.

WhatsApp says in its new rules that it will share more data with Mark Zuckerberg. Among this data, contacts and profile information will become available for all Facebook owned applications (especially Instagram and Messenger). Target ? Monetizing the platform by allowing advertisers to contact their customers via WhatsApp, or even sell their products there directly.

© INDRANIL MUKHERJEE / AFP Indian newspapers with WhatsApp data protection ads, January 13, 2021 in Bombay. The application is under fire after announcing changes in terms of use.

These changes are far from satisfying the two billion users of the tool around the world: the advertisement caused uproar on social networks and sparked A mass migration to other platforms, notably Signal, With support from Elon Musk, President of Tesla: “Use Signal”.

A few moments later, Detective Edward Snowden was the one who responded to him, also encouraging him to return to this platform: “This is Signal for those who don’t speak Elon.”

Also read: In the face of protest, WhatsApp is delaying its changes to manage personal data

Under criticism from critics, WhatsApp has decided to delay the entry into force of the terms of service for a period of three months. The changes, scheduled for February 8th, will not be effective until May 15th.

But is the fire really extinguished? Shouldn’t we quit WhatsApp, as Edward Snowden argues?

Should we be concerned about the new WhatsApp Terms of Use?

We must not forget that WhatsApp is a commercial service of Facebook and its goal is to advertise user data. Bastien Le Querrec, a volunteer attorney in the La Quadrature du Net. Don’t worry about the problem whether WhatsApp will be worse or not, the problem is that WhatsApp was really a privacy disaster. Yes, more data will be shared with Facebook but this has actually been the case for several years. “

Metadata, that is, all the elements surrounding the conversation, such as phone numbers and address books, were already available by Facebook, according to Platform Privacy Policy. Just like the items in our interactions: to whom the user sent a message on a particular day, how long did the conversation last with the other Internet user, and to whom the new interlocutors appeared in the individual’s regular contacts …

“It is a shame that we notice management problems and data grabbing now, because it’s a bigger problem.”Regrets Cecil Dolbo-Banden, Lecturer in Information and Communication Sciences at the University of Caen-Normandy.

From now on, contacts and profile information (last name, first name for example), Transaction data, phone numbers and IP addresses of users, Finder specifies, it will also be available by Facebook.

But this will not change anything for the users. “The breach of privacy will always be there, it will be stronger, more data will be shared, more checks will be done, but this has already been the case for several years.”, Confirms Bastien Le Quirec.

Will the conversations not be encrypted anymore?

This is one of the app’s great strengths, and one that it has long been proud of: Have fully encrypted conversations. “End-to-end encryption means that your messages are encrypted to protect them so that they are not read by us or by third parties.”, Confirm WhatsApp.

For Bastien Le Querrec it’s a ‘Wrong impression’ Provided by Facebook. “Messages are encrypted in theory, but in reality, we don’t really know if this is the case, and in any case, the metadata that allows knowledge of a person’s profile is actually accessible.”, He explains.

And even if the conversations remain encrypted, the platform can still use existing data to monetize it. “ With whom, when, and how often are you never hidden from Facebook, The lawyer continues. Conversational content does not necessarily have to be used to obtain sufficient evidence about a person’s private life. Social graph [c’est-à-dire la cartographie de nos relations sur un réseau social] Important enough to do ad targeting without it and to make minimal money on Facebook. “

Is this private data currency legal?

The digital giants are being supervised General Data Protection Regulation Since 2018 at Europe. Since WhatsApp processes personal data, it must have a legal basis to do so: the user’s consent to access the service. “However, it cannot be free and informed, if it is necessary, in order to access the service, to consent to the processing of this personal data for purely marketing and advertising purposes when it is not necessary for WhatsApp or Facebook,” Bastian Lou Jerek explains. Legally, this is illegal. “

Not forgetting that outside the borders of the European Union, this regulation is null and void. “On the other hand, users outside the European Union will be able to see their data used in order to provide a better content suggestion, personalized recommendations or even more accurate ad targeting.”Complete Cecil Dolbo Pandin.

What are the legal levers in the face of Qqam?

“At La Quadrature du Net we have sent complaints, but nothing is moving on the part of the European authorities, Bastian Lou Jerek leads. European authorities do not have the means to deal with a giant like Facebook, who knows very well that it will take a few years at best, and in the worst case there will be none at all. “

For the lawyer, it will take penalties from the European authorities for the change to happen. The text is present, but its application does not exist. “We must give the means to the authorities to affirm these rules, which are preventive and interpreted in the correct way but they were never implemented, due to the lack of personnel in the supervisory authorities.”, Determines which attorney wishes to incorporate these obligations into law.

Digital Service Law LawEuropean regulation that should allow the implementation of a new framework to put an end to the irresponsibility of digital giants, scheduled for 2022, could make it possible to fight these adventures in Gafam.

READ  Iraq. Mortar shells fall on an American air base

Create interoperability, that is to say “To be able to leave a service without depriving their communities of remaining on the pre-existing service.”, According to Estienne Le Jerek, who is judging this “Basics of Democracy”It will be the first lever. Obviously, after leaving the platform, keep the possibility to communicate with our contacts on WhatsApp. But he should be in law, and Gafams accept it.

What are the alternatives to these messages?

So, is it the only solution to terminate WhatsApp? Yes, but for what messages? The outcry ignited a mass exodus to another service, Signal. The app even crashed for more than 24 hours due to this influx of new users. Not forgetting that Signal has fundamental problems, such as giving a phone number to use the service, which can be dangerous in some countries, as is the case for activists in Latin America for example.Notes, Bastian Lou Jerek. Sponsored by Edward Snowden, the platform remains an alternative according to the attorney and researcher, who also recommends Viber.

As for Bastien Le Guerrec, “Trusted alternatives are encrypted and decentralized messaging services that do not belong to Gafam.” Encrypted, as with WhatsApp, assumes that conversations cannot be read by a third party. Decentralization means that the network does not depend on a single actor, without which it cannot function, and its algorithms are generic. Facebook, WhatsApp, and Instagram are central messaging services.

However, it remains difficult to quit WhatsApp when all of your family and friendly and professional communities use it. “It is this monopoly that must be broken, He adds. Unfortunately, WhatsApp like Facebook has so claustrophobic control over communications that if WhatsApp gets corrupted, it would be a bad plan for Facebook. But this will not raise doubts about its business model, which is to make money from users’ privacy and search for more and more information to profile them as possible. “

Find all news of technology and new media in Africa on Socialnetlink.

I give my opinion on the subject