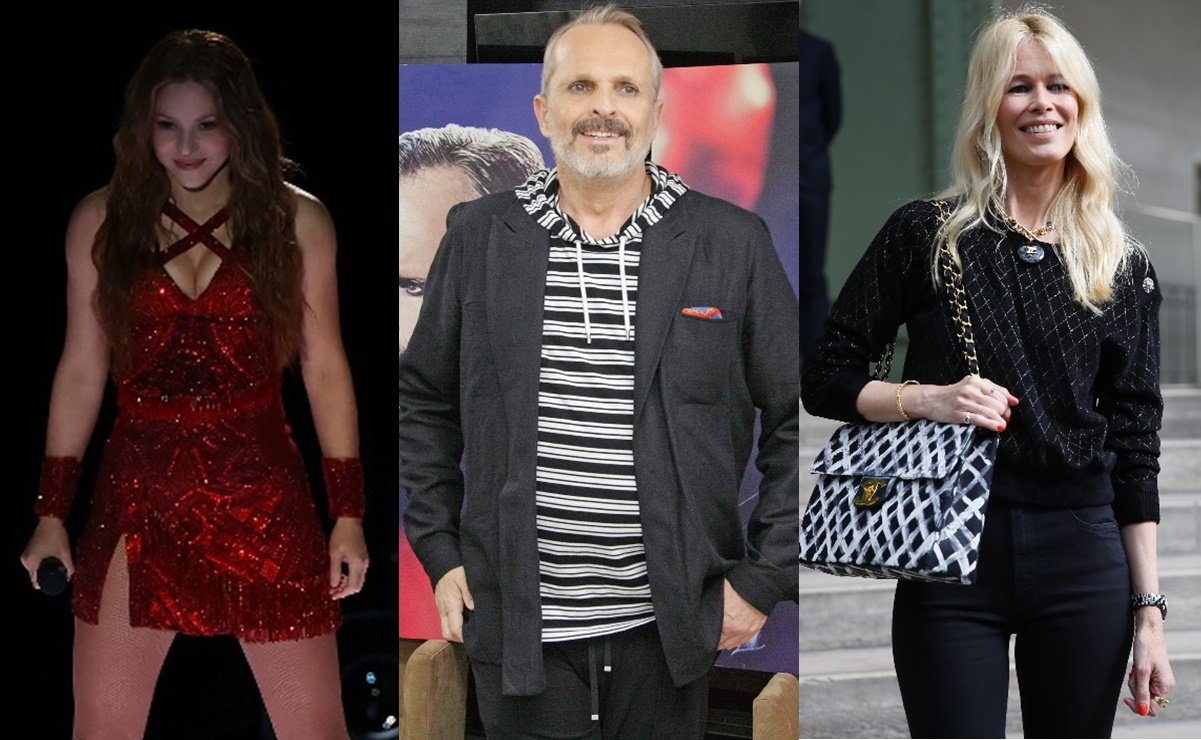 According to an investigation carried out from documents called the Pandora Papers, Shakira continued to open businesses in tax havens even when she was already under investigation in Spain for tax evasion.

singer “Hips don’t lie‘Established a company Titania management in the islands British Virgins Between the end of 2018 and the beginning of 2019, the investigation of the La Sexta broker, who only benefits from it, but also refers to her mother, was revealed. Nidia Ripoll Vice President and Secretary.

This Shakira company started with $50,000 and her financial address was the house he lived in with the soccer player Gerrard Pique and his sons. The main shareholder in the company is New Wolrd Holdings, a Pañamena company also associated with the singer.

The Colombian singer who lives in Barcelona is currently charged financial fraud In Spain.

In the case of the famous supermodel of the 1990s, Claudia Schiffer, it was revealed that she managed her fortunes through six “offshore” companies, that is, offshore, located in the British Virgin Islands, La Sixta newspaper reported.

The model, who is one of the most famous faces in her Guess campaigns, created these companies at the end of 2017: TDU Holdings Limited and 51 Red Balloons Holdiongs Limited between October and November, and the other four were set up two days before the end of the year. Schaeffer was the only beneficiary of these.

In addition to the six companies, Claudia Schiffer created a fund in November 2016 to which she transferred her assets and named her mother, brother and husband as beneficiaries.

After the Pandora Papers were revealed, Schaeffer’s legal team announced to German media that she was paying her taxes correctly.

For its part, Bosé has been linked to Dartley Finance SA since 2016, without specifying the date of termination of the said relationship, although the offshore company was registered ten years ago in Panama.

According to La Sexta, in August 2016, there was a meeting of the company’s directors, at which it was agreed to cancel 10,000 shares of the holder of the company and replace them with the same number of titles registered in favor of the singer.

The meeting that granted ownership of this Panamanian company coincides with Bossuet’s move to Panama and takes place two years before he moves, at the end of 2014, with his partner and four children to the Central American country.

Elton John named his companies based on their art projects

English singer and songwriter Elton John It is also on the list, as it is noted that it owns more than a dozen companies registered in the BVI.

According to the Spanish newspaper El País, the husband of the “Tiny Dancer” singer, David Furnish, is the director of all companies.

The intriguing thing about Elton John’s case is that he took his art projects as inspiration for his companies’ naming. He is best known for writing music for stage adaptations such as “The Lion King” and “Billy Elliot”: WAB Lion King Ltd, HST Billy Elliot Ltd.

What are Pandora Leaves?

The Pandora Papers investigation is being conducted by the International Consortium of Investigative Journalists (ICIJ), which is made up of more than 600 journalists from 117 countries who have analyzed 11.9 million documents.

The Pandora Papers also revealed that 14 active world leaders stashed away billions of dollars in fortunes to avoid paying taxes.

Among other things, King Abdullah II of Jordan has spent $100 million on luxury homes in California and elsewhere, while leaders of the Czech Republic, Kenya and Ecuador withheld property and money from authorities, according to the Washington Post, another newspaper. Leaks.

See also  ZIM vs BAN: Ghost picks the wicket in a T20 cricket match, here is the video