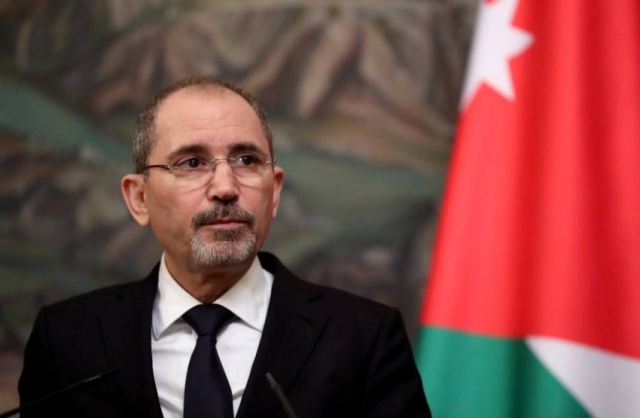 Jordanian Deputy Prime Minister and Foreign Minister Ayman Safadi revealed in a press conference in Amman today the details of security developments in Jordan and the arrest of a number of figures.

According to the Jordan News Agency (Petra), Safadi said that Jordan’s security takes precedence over any consideration, and investigations are still ongoing and will be dealt with according to the legal path.

Al-Safadi said: The movements that Jordan witnessed yesterday were controlled and besieged, and the state agencies were able to destroy them in their infancy.

He explained that the arrests were the result of intensive investigations that continued for a long time, and the security services recommended taking measures yesterday, stressing that the Jordanian government will take the necessary legal measures to protect the Kingdom’s security.

He also confirmed that dealing with Prince Hamzah will be within the framework of the Hashemite family, according to the directives of King Abdullah II of Jordan, but no one is above the law.

He indicated that Jordanian military leaders were not involved in security operations, in addition to efforts to contain the situation within the Hashemite family.

Al-Safadi continued: Prince Hamzah did not respond to the request not to deal with activities affecting Jordan.

Safadi added that Prince Hamzah broadcast two recorded messages in Arabic and English in another attempt to distort the facts and to arouse local and foreign sympathy.

Al-Safadi added, “Those around Prince Hamzah used to communicate with parties that classify themselves as external opposition.”

The Deputy Prime Minister said that the security services monitored a person with links to foreign security services communicating with the wife of Prince Hamzah and offering her to secure a plane immediately to get out of Jordan to a foreign country.

Safadi added that the security services raised their recommendation to King Abdullah II to refer these activities to the State Security Court, and the king preferred to start the conversation with Prince Hamzah in a narrow context.

Al-Safadi added: This coincided with the activities of Prince Hamzah with the clans to incite them and push them to move in activities that would harm national security.

The Deputy Prime Minister added: “A comprehensive, comprehensive investigation has been conducted over a long period of time on the activities and movements of Prince Hamzah bin Al Hussein, Sharif Hassan bin Zaid, Basem Ibrahim Awad Allah, and other persons targeting the security and stability of the homeland.”

“Contacts have been monitored with external parties to choose the most appropriate time to destabilize the security of the homeland,” Safadi said.