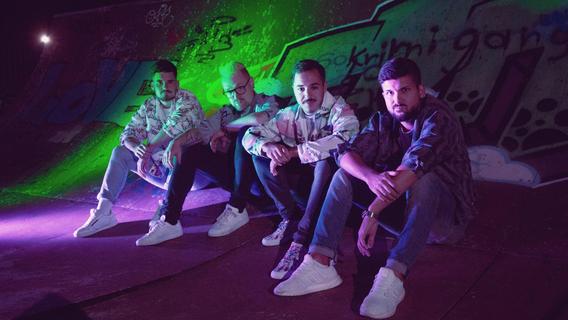 FORCHHEIM – Four musicals have a chance to become “The Supreme Franconia of 2021”. A squad from Forchheim is also participating in the High Franconian competition.

Four selected musical acts have the opportunity to become the ‘Supreme Franconian Ensemble of 2021’. Jack Torrance, Ink4Ivy, Corvidae, Maximilian Adler and The Splider Phaser Naked Band all compete against each other on the RIO Tour! -Rock in Upper Franconia. As a special guest, Samu Neves demonstrates his musical skills on stage.

“Despite the current uncertainty, we want to try to set up a live event. As usual, entry should be free and every guest should be given the opportunity to vote on favorites,” said Henry Schramm, District Council President.

An initial decision was made this year as part of an online jury meeting. The jury selected one band each from the regions of Coburg / Kronach / Lichtenfels, Bamberg / Forsheim, Kulmbach / Bayreuth and Hove / Wonsiedel on the basis of video and audio materials. Samuel Rauch, representative of folk music for Upper Franconia, in charge of the organization: “The quality of entries has been very high this year. Visitors can look forward to really strong live performances. We hope now the tour will take place in the summer.”

The Rio tour is scheduled to take place! In the open air theaters of Upper Franconia in the summer. If the five concerts fail this year, the qualified bands will begin the Spring 2022 tour.

After each performance, the musicians receive professional feedback and advice. In addition to the theater experience and tour fees, the winning band can look forward to receiving a prize money of € 1,000. These are the bands:

Jack Torrance (CO / KC / LIF Region): Not only do you have a thing for Jack Nicholson and his role in “The Shining”, Jack Torrance made his heart. You want to live the feelings and stir the feelings.

Metal, rock and pop are intertwined with punk music

Ink4Ivy (AREA BA / FO): The four-piece band works with enthusiasm and commitment on their own songs. The elements of metal, rock, or pop intertwine with the basic understanding of punk.

Special guest: Samu Neves (CO): Born in Brazil, Samu Neves began playing guitar and singing at the age of 11. He has already appeared in several shows in Coburg and at the Samba Festival. He is a fan of rock, pop, bossa nova and Brazilian pop music.