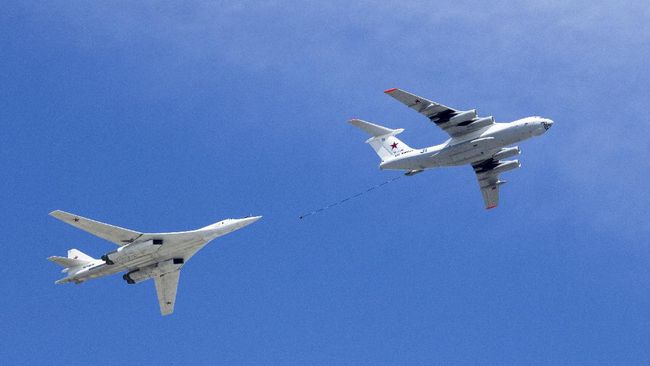 Jakarta, CNBC Indonesia – China deployed a total of 10 Chinese bombers in the South China Sea this week. They participate in marine strike exercises.

This comes on the heels of the increased military presence of the United States and its allies in the disputed waterway, and military experts say that the exercises included the most advanced H-6J bombers of the Chinese Navy.

China Central Television (CCTV) also disclosed the details of this exercise. The entry of US destroyers crossing the Taiwan Strait is the reason.

CCTV said more than 10 bomber boats took part in the exercises after the Lunar New Year holiday. It was later identified by the Chinese national tabloid, the Global Times, as the H-6J that can carry up to six anti-ship cruise missiles.

Retired Chinese military colonel Yue Gang said the exercises were aimed at countering US operations in February. This included a dual operation by the US carriers Theodore Roosevelt and Nimitz, along with their own attack groups, on the LCS.

“This is to show that the Chinese military is capable of responding and following up on what the United States is doing, and controlling the situation,” Yue said. South China Morning Newspaper Quoted from Saturday (2/27/2021).

Zhang Chunhui, a spokesman for the Eastern Theater Command of the Chinese People’s Liberation Army, said the navy and air forces have been deployed to monitor the destroyer.

He said, “The forces remain on alert and ready to face all threats and provocations at any time.”

Beijing has repeatedly protested US military operations in SCS and the Taiwan Strait. China accuses the United States of violating its sovereignty and stoking tensions.

China holds 80% of the SCS land. This made him frequently enter into discussions with a number of neighboring countries, including ASEAN.

Then the United States and the Western allies intervened to defend the interests of shipping. LCS itself is a sea rich in natural resources including oil and gas and the congested global shipping lanes.