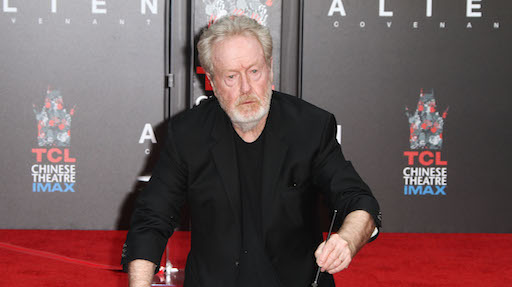 Really a boon for the director Ridley ScottOnly these days I participated in Italy in filming the upcoming movie Gucci House.

According to some rumors, the director will soon be partnering with Peaky Blinders’ creator Steven Knight at Ways of freedom, A ten-episode new TV mini-series set during World War II.

Based on the books of historian Anthony Beavor, Ways of freedom “Brutal reality depicts from multiple angles, with characters not only from the United States and the United Kingdom, but also from Russia, Germany, France and other countries around the world. There will also be stories of women and children struggling for survival. The focus will be on humanity, and the characters will be linked together with a story.” “Dramatic, some stories will be frustrating, but heroic, and the race between East and West to conquer Berlin will shed light on what became the basis of the Cold War.”

Knight and Beevor will write all ten episodes of the series and executive production with Scott, who is expected to direct the first episode. The series brings together again Scott and Knight, who had previously collaborated Is forbidden H Christmas carol So is Dickens’s next adaptation High hopes.

For Scott, the project is especially valuable because he is also said to want to draw on vivid memories of his childhood when he made a trip to post-war Germany with his father who was then pivotal in rebuilding the country.