Republicans condemn a “plan” to cancel the elections 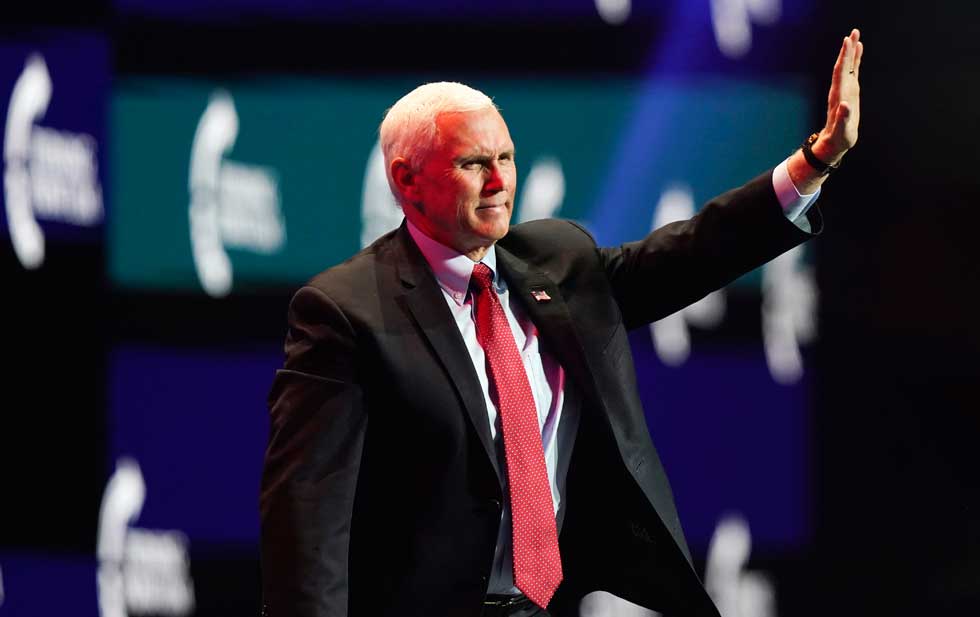 Washington- Many officials and former officials of the same political trend today condemned the extraordinary Republican effort to cancel the presidential election who warned that trying to cast doubt on Joe Biden’s victory and keep President Donald Trump in office undermines confidence. Of Americans in a democracy.

Trump mustered the support of dozens of Republican senators and up to 100 Republicans to challenge the Electoral College vote when Congress meets in joint session to endorse President-elect Joe Biden’s 306-232 victory.

Faced with Biden’s presidential inauguration on January 20, Trump stepped up measures to prevent the traditional transition of power and destroy the party.

Despite Trump’s allegations of voter fraud, state officials insisted that the elections went smoothly and there was no evidence of fraud or other irregularities that could alter the outcome. The countries ratified their results, describing them as clear and legitimate. Of the more than 50 lawsuits brought by the president and his allies to challenge the election results, nearly all of them have been dismissed or withdrawn. The Federal Supreme Court has also dealt with two setbacks for Trump.

In a call broadcast Sunday, Trump can be heard pressuring officials in Georgia to “find” more votes in his favor.

“The 2020 elections are over,” said a group of 10 senators from both parties in a statement Sunday, including Republican Susan Collins from Maine. Lisa Murkowski from Alaska; Bill Cassidy is from Louisiana and Mitt Romney is from Utah.

The senators wrote that the continued attempts to discredit the elections “run counter to the clearly stated will of the American people and only serve to undermine Americans’ confidence in the election results that have already been determined.”

“The plan of members of Congress to refuse to validate the presidential elections is a mockery of our system and who we are as Americans,” said Maryland Governor Larry Hogan.

Former Republican Speaker of the House of Representatives, Paul Ryan, said in a statement that “Biden’s victory is completely legitimate” and attempts to discredit the elections “have struck the foundations of our republic.”

Representative Liz Cheney of Wyoming, the third-highest-ranking Republican in the House of Representatives, warned in a note to her colleagues that objections to the Electoral College results “set a very dangerous precedent.”

Other former senior officials have denounced current criticism of the election results.

In an opinion piece in The Washington Post, the 10 living defense ministers, half of whom were in the service of Republican leaders, called on the Pentagon authorities to make the transition to the new government “fully, cooperative and transparent.”

They also indicated that measures to involve the United States Armed Forces in resolving electoral disputes “could place us in a dangerous, illegal and unconstitutional area.”