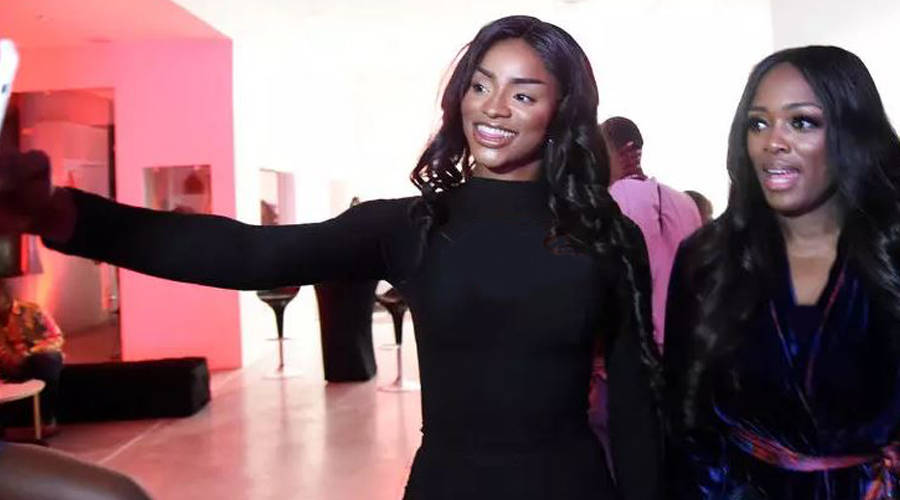 In a festive atmosphere, international experiments were launched in Lagos, the economic capital of Nigeria, for models to choose the “face of the future”, while Elizabeth Elohor seemed confident that he would be African.

This former model founded the first modeling agency in Nigeria in 2004. There was no “fashion week” on the African continent at the time, and designers from her sons were rare, if not non-existent, as well as local fashion houses.

More importantly, before the 2000s, women’s or fashion magazines were devoid of any black faces, with the exception of a rare handful of notable figures such as Donial Luna, Beverly Johnson, and Naomi Campbell.

In Nigeria, which is the country with the largest population in Africa and has a population of 200 million people, those who risked entering the profession in that era were few, and they entered it independent and therefore weak and in a fragile situation, and they were satisfied with providing advertising companies and organizing shows with folders or CDs containing pictures. .

When Elizabeth Elohor returned from London in 2004, she founded the Beat Model Agency, and most of the locally known models were affiliated with her agency.

She is a “pioneer” in this field, said her assistant, Marius Ezecalo, who is barely thirty and was himself a model for her agency.

The young man explained on the red carpet that leads to the party venue held on the occasion of the start of the experiments, that Elizabeth Elohor “set rules, standards and a salary scale. I set the pulse in the profession.”

The real turning point came in 2010, when South Africa and Nigeria organized fashion weeks, which became an approved platform for choosing models in the international fashion scene. Recent anti-racism movements such as “Black Lives Matter” and those advocating the beauty of black women have changed attitudes around the world.