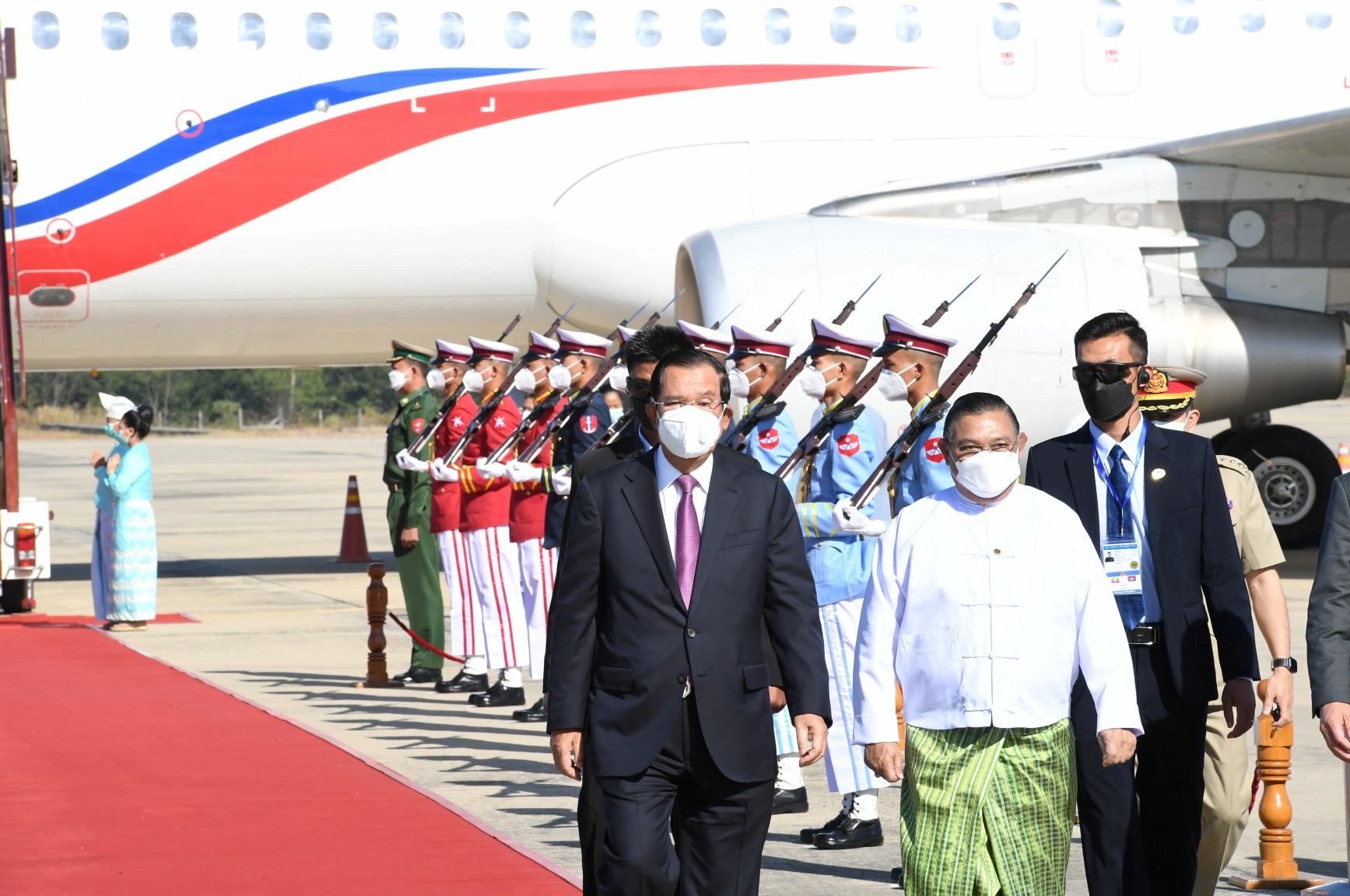 HH Hun Sen received a warm welcome from the Myanmar military government. who sent Foreign Minister Phana Maung Lwin to welcome him with a guard of honor at Nay Pyi Taw Airport

At the same time, there were also demonstrators protesting Hun Sen’s visit to Myanmar. They indicated support for the military rulers by visiting Myanmar. Protesters set fire to a photograph of Hun Sen in Deppin and held demonstrations in Mandalay and Monywa.

Reuters reported that on this visit, Hun Sen, was the first foreign government leader to visit Myanmar since the February 1 coup last year. He will meet and talk with General Min Aung Lai, Governor of the Myanmar Army

But free radio station Asia and a spokesman for the military government said Hun Sen would not meet with Aung San Suu Kyi, the leader of the civilian government in Myanmar, which has been taken over by the military. Ms. Suu Kyi is currently on trial on several charges. Which carries a combined prison sentence of more than 100 years.

See also  The Chinese missile .. Beijing announces the fall of debris over the Arabian Sea after entering the atmosphere