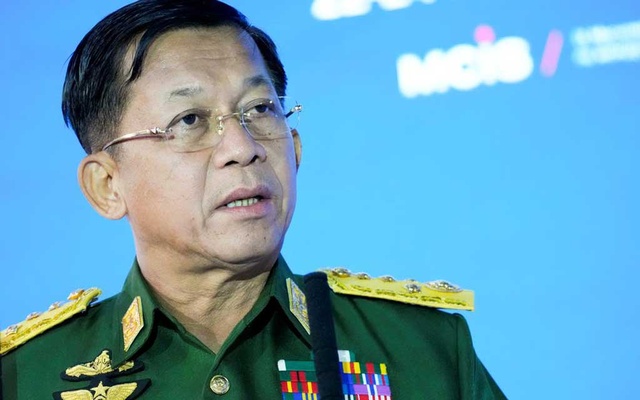 This came in a statement on Sunday, six months after Aung San Suu Kyi ousted the civilian government in a coup on February 1.

He said his administration is also ready to work with any regional envoy on Myanmar in the future.

The military has ousted Myanmar’s pro-democracy leader, accusing her of electoral fraud.

Then military governor Min Aung Hlaing became chairman of the State Administration Council (SAC). This is the council that has ruled Myanmar since the coup. This time a caretaker government was formed in its place.

“The State Administrative Council has been transformed into a caretaker government of Myanmar to perform its duties quickly, easily and effectively,” Mayawati TV reported.

In his speech, Min Aung Hlaing reiterated his commitment to restoring democracy in the country, saying, “We will end the state of emergency in the country by August 2023.”

Shortly after the military coup in February, junta leaders declared a state of emergency in the country and promised to hold elections within two years.

But speaking on Sunday, August 2023, the junta leader extended the deadline by six months, according to several local media.

Since the coup, Myanmar has been rocked by a series of anti-junta protests and non-cooperation movements. But General Min Aung Hlaing promised free and fair multi-party elections, claiming that the situation in the country remained stable.

He also said his government is ready to work with any special envoy nominated by the Association of Southeast Asian Nations (ASEAN).

ASEAN has taken the initiative to finalize a special envoy to prepare for dialogue between the junta and the opposition in Myanmar. To this end, the ASEAN foreign ministers are meeting on Monday.

Six months of anti-junta protests have not stopped since the military coup in Myanmar. This has paralyzed many public and private sectors. There were also street protests on Saturday. The military council is cracking down on protesters against military rule.

In a televised address, Hlaing protested the coup and blamed anti-government elements for spreading Kovid-19 in the country.